A Yoruba, an Igbo or Any Other Ethnic Group Can be the President If Ruga Is Implemented Nationwide – Says Miyetti Allah leader

RUGA: You Don’t Own Bushes, We Must Settle in States – Herdsmen Attack Southeast Governors, Ohanaeze

The group also said that Fulani is the largest ethnic group in Nigeria while demanding every governor; both in the North and the South to carve out an area for the Fulani in their respective states to settle and raise their cows.

The National President of the organization, Abdullahi Bodejo, was reacting to the directive by the governors compelling Fulani herdsmen to transport their cows to their region.

The governors had warned Fulani herdsmen against trekking through the bushes with their cows in the region.

Ohanaeze Ndigbo Youth Council Worldwide had also declared war against erring pastoralists caught up trespassing from one community to another.

However, Bodejo said, “The bush doesn’t belong to them (governors and Ohanaeze)”, as quoted by The Sun.

“If you are a governor or whatever they can call you, the bush has been there. If they claim that they are farming, they are not farming on every part of the bush.

“For the Fulani, their business is inside the bush. The governor and the organization don’t have any reason for that; if they did, let them open up or come up with the reason. They can’t say if they want to bring cows, they must bring them in with vehicles.

“How long have trailers been used to supply cows; before they introduced trucks in this country, Fulani was trekking with their cows to cattle markets to sell them. We call it Palke.

“Palke people trek with their cows from Maiduguri to Anambra to sell; this means it is a Fulani culture, and you don’t just go and touch people’s culture. But, in the process of trekking with their cows and any of them commits a crime, let the security agency deal with him in accordance with the law.

“The governors of Borno and Kano states have made the promises, but in all the governors across the country, we have seen a very serious governor, and he is the Zamfara State governor. I like to call him, ‘Talk and Do Governor’, because he came and saw the Fulani issue was all about politics. He came out to say something and he is implementing it, like this RUGA issue and how he is settling this banditry problem and the crises in the state. 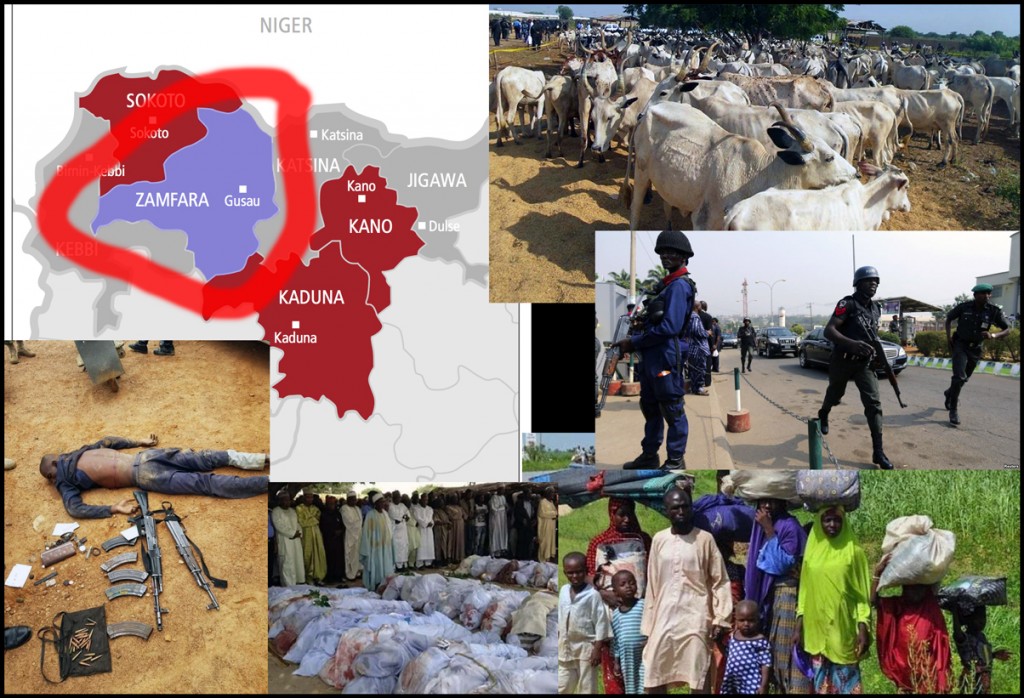 “If Borno State governor says he has given the Fulani Sambisa forest to go and settle, let him start to implement it, but it should not be a politics thing. Fulani are ready to collect not only Sambisa; every state in this country should give the Fulani someplace to settle, as they are the largest ethnic group in Nigeria. They are so many that three states cannot accommodate them. Let every governor; both in the North and the South carve out an area for the Fulani in their respective states. Yes, that is what I’m talking about.

“If a Yoruba, an Igbo or any other ethnic group were the president and Ruga is to be implemented, nobody will raise an eyebrow. The reason they are saying this is because President Muhammadu Buhari is a Fulani and as I said earlier, people are trying to be playing politics with anything that concerns Fulani.

“But if we say give these people a place to stay and let there be peace in the country, why can’t you do that? Why the government is supporting crop farmers with billions of naira, have we shouted; how much have they given to the Fulani cattle rearers?”