The proprietors of Njenje Media TV have dedicated their time and resources in providing media coverage on the environmental eyesores that the major urban centers of the Southeast geopolitical zone of Nigeria have become. The initial focus was the commercial city of Aba (Enyimba City) in Abia state. The recent fire in the commercial district of Ochanja Market has helped to bring the riverport town under close watch. The fire that blazed through the Ochanja Market Upper Iweka front for hours resulted in the loss of lives and destruction of goods and merchandise worth tens of billions of naira before the fire died down on its own. It is widely acknowledged that there was no firefighting capacity, whatsoever, in the entire market town of Onitsha. The state government later confirmed that Anambra does not have any functional firefighting equipment. In terms of political leadership failure, there is hardly any daylight between the cities of Aba in Abia state and Onitsha in Anambra. This fact underscores the logic in the making of this YouTube video to jointly spotlight the humongous environmental and infrastructural decay in these two Igbo cities.

Yes, the eyesore in these two important commercial centers in the Southeast is clear evidence of political leadership failure. There is gross insensitivity to the needs of the citizenry who reside in this part of Nigeria. Even though the situation in Onitsha may not be as dire, the widespread ruination of road transport infrastructure, as well as liquid and solid waste pollution, afflict both cities in equal measure. The only difference is that while Aba is notorious for flooding, Onitsha is more susceptible to gully erosion – the difference is in the topography and soil type on which the cities are built. Urban centers of Nigeria don’t have elected city mayors or town managers who should have been responsible for addressing local problems as they occur. Nigerian cities are managed from the state and local government headquarters by government bureaucrats who take their orders and obtain their operating funds from the central government in faraway Abuja.

The paradox in the pitiful status of today’s Onitsha and Aba is that “before Maruko became Lekki and the Arabia Desert became Dubai”, these two cities of Southeast Nigeria had attained respectable heights in commerce and the industrial manufacture of a plethora of consumer goods. Both Onitsha and Aba have since lost the cream of their business class to the seaport of Lagos in the aftermath of the Civil War. It is reported that some indigenous industrialists in Aba were forced to emigrate to China, where they have resumed the production of consumer goods, which are then imported into Nigeria and paid for with the country’s ever-dwindling foreign exchange.  Both cities suffer brain and human resources drain because of the many difficulties negating the aspirations of indigenous inhabitants who used to regard these sprawling urban centers as home. While the Igbo business and entrepreneurial class emigrate to better climes to pursue their various endeavors, their home cities are left to rot to the stage of constituting eyesores and a very unhealthy place for human habitation. 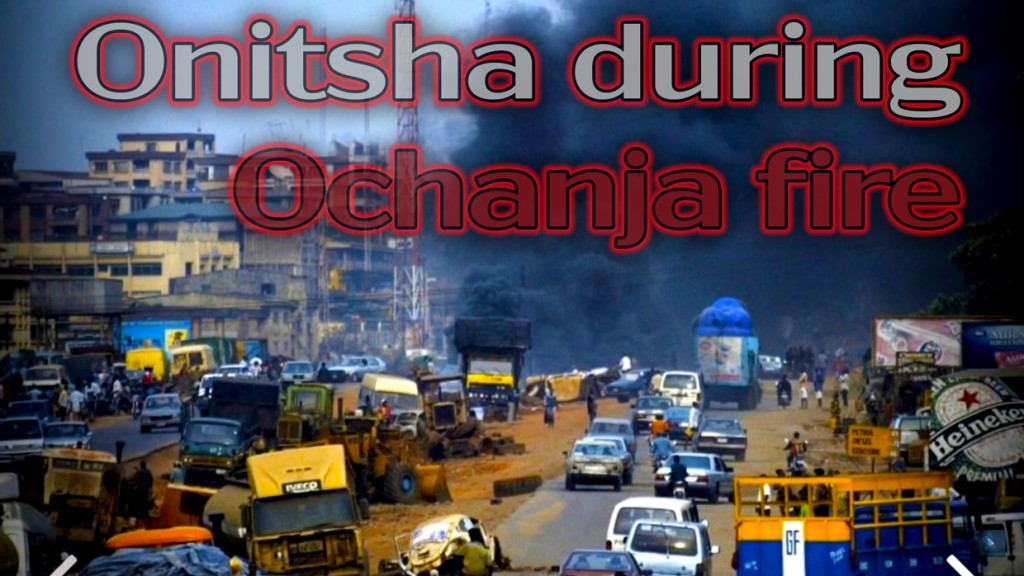 The infamous Ochanja Market inferno of October 16, 2019 destroyed street blocks of commercial and residential buildings along the commercial hub of Anambra state because there were no firefighting equipment and water hydrants in the entire city and state. A woman’s corpse and her dead child were discovered near to one of the burnt shops in the area.

Who Is to Be Blamed?

When confronted by the insurmountable impediment, governance failures and complex existential challenges, there is a tendency for folks to apportion blames to whoever are supposed to be in charge in their understanding. In today’s Unitary Nigeria, the responsibility for all matters of governance stop at the desks of the presidency in Abuja or the governors at the 36 statehouses around the country. Nigeria, though nominally a federation, is run like a UNITARY government. The governors of 36 states, including Abia, go to Abuja every month to collect their own revenue allocations from the so-called Federation Account as stipulated in the imposed 1999 Constitution which was written by the last military junta that ruled before the debut of the 4th Republic in 1999. As has been the practice, it is entirely up to the governor to singlehandedly decide how best to utilize the state’s allocations.

Here is what happened in Abia state that culminated in the today decay that one sees in Aba today. The incumbent governor, Dr. Okezie Ikpeazu, inherited a city and state that have been in decline for more than a decade. His predecessors, Govs. Orji Uzor Kalu and Theodore Orji, must have neglected the upkeep of the state’s leading urban centers long before the incumbent governor came into power in 2015. A video documentary of Aba made under the auspices of the World Igbo Environmental Foundation (WIEF) in 2005 clearly shows that the eyesore that defaces Aba has been accumulating for nearly two decades. It is, therefore, unfair for one to heap all the blames for the advanced state of decay of today’s Enyimba City exclusively at Governor Okezie Ikpeazu’s feet. A similar photo documentary of Onitsha in the early 2000s also recorded widespread environment decay and poor sanitation throughout all the nooks and crannies of the riverside commercial hub. Some images used in the making of this recent YouTube video are photos obtained from the WIEF’s archives.

There are no simple or straightforward solutions to the mess that has overcome the urban centers of Southeast states and elsewhere across the country. It took twenty years of continued neglect for the eyesore that one beholds in the cities of Aba and Onitsha, for example, to get to where it is today. The solution is definitely not going to be as easy as prescribed by the narrator of this video. The narrator’s logic is that, since the state governments of Abia and Anambra get the bulk of their internally generated revenue (IGR) from the cities of Aba and Anambra, rehabilitating and refurbishing these cities ought to be of priority interest to the two jurisdictions. The narrator anticipates that a focused visionary new leadership in the two states, with the required political will, shall demolish the present eyesore, redesign and reconstruct the leading Southeast commercial centers to regain their past glory. Sounds good on its face value. But where are the funds going to come from? A few weeks earlier, Aba women had organized a street protest in the city because of nonpayment of salaries. If the state governments are unable to meet their payroll with the current monthly rate of allocations from Abuja, where are the funds for the suggested rebuilding of the dilapidated city infrastructure going to come from?

The pollution of Onitsha is in the forms of solid waste which pile up in mountains of uncollected garbage along streets, the dirty liquid mix of sewerage discharge and stormwater runoff from homes and factories and air pollution. Some now rank Onitsha as the dirtiest city air in the world.

The problem with widespread decay and retrogression evident in today’s Unitary Nigeria is structural and foundational. The solution, likewise, must be fundamental. Currently, residents of Abia, Anambra and elsewhere in the Southeast are waiting on the “federal” government to build and maintain its road network in the two states and allocate additional funds to initiate the reconstruction of the cities’ decaying infrastructure. This mindset is what led to the eyesore, rot and degradation of today. This is a failed model. This model was created and sustained by the 1999 Constitution, which delineates how the national economy is to be micromanaged from Abuja through the presidency.

Furthermore, the same constitution has a 68-item Federal Exclusive Legislative list and only twelve items on the Concurrent List. What this shows is that while as much as 68 aspects of the citizens’ needs must be discussed and managed by Abuja (center), only 12 issues can be handled by either the state or Abuja. For things to change for the better, this obsession with over-centralization must be reversed. This is what some have called geopolitical Restructuring.

The imposed fraudulent 1999 Constitution is being blamed for all the woes of today’s Unitary Nigeria and the accelerated pace of environmental degradation and infrastructural decay is seemingly the most devastating consequence of the corrupt governance model foisted on the hapless population by General Abdulsalami Abubakar’s military junta without our consent. The problems of Aba and Onitsha are local in nature and they need the empowerment of “We the People…” to address these local matters – from the making of regulatory laws to the construction and maintenance of land transportation and city infrastructure. Abuja should have no business in determining how Abia and Anambra states’ residents, for example, raise the resources for the building and maintenance of their cities and associated socioeconomic infrastructure.

The eyesores of Aba and Onitsha shall linger for a while longer unless there is a change of direction in the way and manner people’s lives are taken care of in today’s Unitary Nigeria. Each pothole, gully erosion, flooded city street or roadway, devastating fire, unmanaged solid waste dump, petrochemical spillage that deface the urban centers of today’s Unitary Nigeria is caused by the imposed fraudulent 1999 Constitution and the corrupt governance model it has foisted on the citizenry in the past two decades. Discarding and replacing the widely repudiated  1999 Constitution must be seen as the first order of business in any honest quest to turn things around for the better.