The Good Book posits that in the mouth of two witnesses, a matter is established.

I will put aside this piece by Austin Okere titled “You do not Embellish a War” amongst the very few which get so archived as evidence that there are indeed others who understand the nature of the danger the archetypal Igbo are in at this time in Nigeria. Many fear that the Igbo are targeted by a determined and relentless enemy who seek nothing but our complete extermination, sparing only those so totally subjugated at heart, that they proudly and actively aid the enemy in their onslaught against the rest. 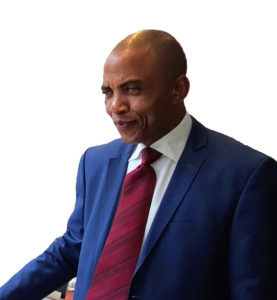 Nigeria has one definition as written by the Caliphate authors of the master-servant constitution we must now obey but which permanently guarantees our servitude, just as the Boer-imposed Apartheid Constitution of South Africa guaranteed the permanent servitude of the Black owners of the land, until the exertions of the few, who recognized the enemy for what it was, courageously led others to reject and topple the apartheid constitutional order.

Amidst the difficult anti-apartheid struggles in the then South Africa, came the Bantustan regime in which some Blacks, believing that it was impossible to overcome apartheid by any kind of challenge, settled for the piecemeal accretion of rights, development, and access, as granted to the Blacks by the “master-race”, the Boers.

Such Bantustan gradualists Blacks became the worst instruments deployed by the White supremacists to sabotage and debilitate the efforts of those working to topple apartheid.

As the anti-apartheid intensified their efforts and the White supremacists became desperate and deployed more wickedness to save their sinking apartheid ship, the situation amongst the Blacks became more and more of a life and death choice. The Black African majority are conflicted between being on the side of Apartheid-Must-Go-Down-Now or the Bantustan side of Let-Us-Take-What-We-Can-Get-Now.

The LNC learned from the surviving anti-apartheid veterans in South Africa that this Bantustan stratagem introduced by the Whites created the worst kind of Black-on-Black animosities and acrimony which they had to grapple with at the time.

Between the hotel we stayed in Johannesburg and our Soweto destination for a meeting with one of the anti-apartheid veterans, our South African host broke down in tears on this subject as we passed the expansive Chris Hani Memorial Hospital to the left. This was in March 2013.

Today, the Restructuring bandwagon in Eastern Nigeria obviously seem to have bought into the Bantustan-like let-us-take-what-can-get narrative amidst the intensifying push by the Eastern Nigeria self-determination collective to crash the apartheid-like (Constitution of) Caliphate Nigeria in order to extricate the enslaved and endangered East.

It may well be that, like the then Bantustanists in South Africa, the Restructurists of Eastern Nigeria believe that the Caliphate apartheid design for Nigeria cannot be overcome by any challenge that the Self-determination push can mount. But one must point them to the triumphant admonition by the great Madiba that “It looks impossible until it is done”.

There has been an undeclared war on Eastern Nigeria by the belligerent Fulani-controlled Sokoto Islamic Caliphate masking itself as the Nigerian state. Camouflaged by this smokescreen, the Fulani aristocracy has already killed and maimed thousands of young Easterners who seek an immediate end to the 1999 Constitution-wrought enslavement of the East.

The tension generated by these opposite poles in Eastern Nigeria’s future can be cut with a knife and is on the verge of bursting unless Igbo “Bantustans” can be made to see the light and accede to the South African paradigm as the preferred model for resolving Nigeria’s constitutional quandary.

One can only pray that those in Eastern Nigeria who are carrying on as if there is no war and are currently busy discussing how to make a totally unworkable Nigeria to work for them shall not be made to learn the very hard way that YOU DO NOT EMBELLISH A BATTLE.

(This piece kick-starts, for the LNC, a period of mourning for the anti-apartheid icon and heroine, Winnie Madikizela-Mandela, who just passed at 81).