Afenifere Rejects Idea of Public-funded Ranches; No Inch of Yorubaland Must Be Ceded by Southwest Governors

The General Assembly of Afenifere met at the Akure home of the Leader, Chief R.F Fasoranti. today.

After exhaustive deliberations on the state of the nation, the following communique was adopted:

1) Plateau Genocide and President Buhari’s conflict of Interest: Meeting was devastated by the genocide that took place in Plateau State on Sunday in which over 200 deaths occurred by eyewitnesses’ accounts deaths, but the police admitted only 100. These wanton killings and official irresponsibility portray Nigeria as a barbaric entity and we, YORUBA PEOPLE, are pained living in the same space with the bestial elements who kill innocent people in a cruel manner. The images of little children killed mercilessly with open skulls make anyone with human blood flowing in his or her veins to shrink.

We are further distressed that the response of President Buhari to the murder of hundreds of our citizens did not attract a word of sympathy or regret.

It is very infuriating that the President’s response and that of Miyetti Allah appeared to have been authored from the same laptop. The Chairman of North Central zone of Miyetti Allah, Danladi Ciroma, said the attacks were a retaliation for the loss of three hundred cows. Said he “These attacks are retaliatory… Those who carried out the attacks must be on revenge mission…. Fulani herdsmen have lost over 300 cows in the last few weeks… Since these cows were not found, no one should expect peace in the areas.” 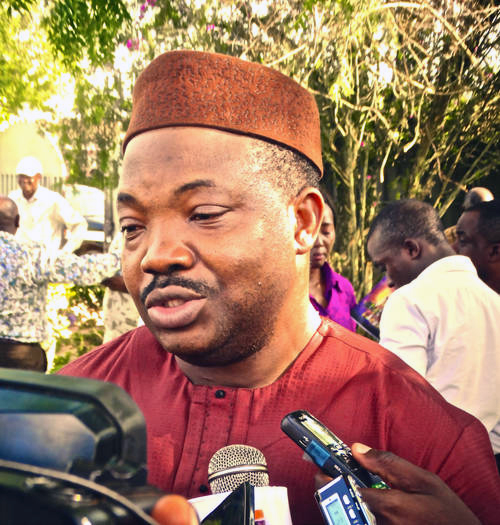 President Buhari, who is also the Grand Patron of Miyetti Allah and who described the Fulani herdsmen terror as “herdsmen/farmers” clashes “(a case of two fighting but dead bodies only on one side), also repeated the missing cows and even added another charge Miyetti Allah did not remember “According to information available to the Presidency about one hundred cattle had been rustled by a community in Plateau State, AND SOME HERDSMEN WERE KILLED IN THE PROCESS. The state governor, Simon Lalong, had invited the aggrieved groups and pleaded against further action. Less than forty-eight hours later, violence broke out (a euphemism for the word “retaliation” used by Miyetti Allah boss).

The President used the word “thugs” thrice to describe protesting residents while admitting that human life was becoming “increasingly cheap ” under his watch without saying what he is doing to make it worthy or bring the herdsmen who have admitted killing people to book. He also repeated the blame game of “desperate people ” causing instability and chaos” in furtherance of the vain attempt by the administration to divert attention from Fulani herdsmen responsible for the serial murders.

Three months ago, we did say that the President is afflicted by conflict of interests as Grand Patron of Miyetti Allah and the President of the Federal Republic of Nigeria. It is the affliction that has seen him now functioning as a Miyetti Allah godfather at a time he should be presidential. We asked him, and we are calling on him to make a choice between the two.

It is pointless at this stage making any demand on this incorrigible administration. We ask our people to have special prayers for the souls of all those killed and for God to have mercy on Nigeria in all our mosques on Friday 29th June in our churches on Sunday 1st of July, and for Him to see us through the last few months of this administration.

Politically, Nigerians must now gird their loins and see the democratic uprooting of this administration as a task that must be done in 2019 so as to save the country from utter destruction. There is no land where the blood of the innocent is being shed daily like Nigeria that can make progress in any area of human endeavor. ENOUGH IS ENOUGH!

2) RESTRUCTURING IS A NATIONAL AGENDA

At a time when the country as at the verge of collapse as a result of structural defects, we noted that the President, while receiving Urhobo leaders on Monday, was still dismissing the popular call for restructuring of the country when he said “Every group asking for restructuring has got their own agenda and I hope it can be accommodated by the constitution “

We say, without any reservation to Mr. President, that the call for restructuring is a selfless call borne out of the need to retrieve Nigeria from the brink of collapse and put it back on track. If the President talks about people with personal agenda on restructuring, it can only be those who insert it in their manifestos to win elections and turn around to say they are getting different definitions of restructuring after they came to power.

We insist that for the country to move forward and develop, it must be restructured into a proper federation.

3) NO PUBLIC-FUNDED RANCHES IN YORUBALAND

The Meeting rejects the idea of public funded ranches which is an imperialist agenda of cresting Federal Cattle Territories across Nigeria. We insist that cattle rearing is a private business and the government has no business getting involved if there was no sinister motive for doing so. No inch of Yorubaland will be available for such and no governor should cede any land for such.