The Problem with Nigerian Evangelical Pastors: They Preach Miraculous Success without Visible Effort, Hard Work to Their Gullible Congregants

The Nigerian pastor won’t talk about Steve Jobs or the young people in Silicon Valley reshaping our world.

They won’t talk about young American scientists spending endless hours in search of a cure to a disease that’s predominantly in the Tropical African region.

The Nigerian pastor won’t talk about the numerous Chinese children inventing stuff at a very tender age or the young Indians perfecting their acts in medicine.

In every corner of the world, there exist young men and women who have defied all odds and became successful through hard work, creativity and dedication.

Nigerian pastors won’t talk about them neither will they ask their members to emulate the spirit of these individuals.

They would rather talk about sister Agatha who got a job she WAS NOT THE MOST QUALIFIED for because she prayed and fasted in line with their church program.

Brother John, who became a millionaire because he used all his salary as a seed in their church.

Papa Miracle – who laid his hands on him and 3 of his children got admission in the university.

Mama Esther paid her tithe and her business started growing everywhere across the nation – no business plan, just boom, everywhere.

This has led to a new breed of mentally lazy young people who now see God as a rewarder of mediocrity. 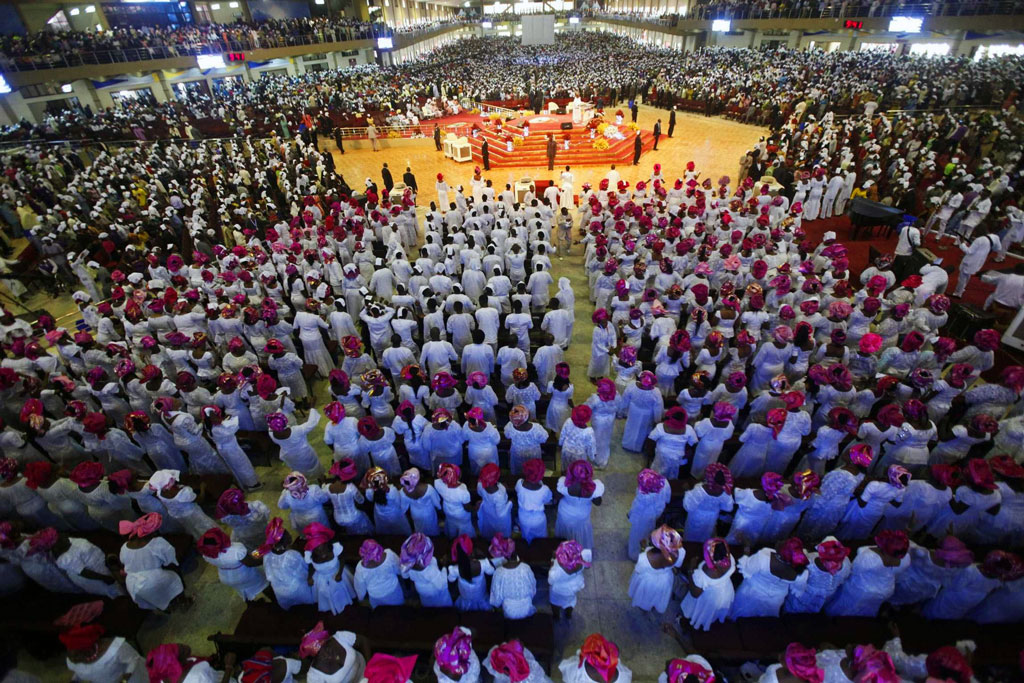 Pentecostal church congregation assembled in megachurch during worship. Evangelical pastors who own and operate these churches garner and wield tremendous powers over their congregants and influence societal discourse in no small measure

To the Nigerian Pastor, the only way to prosper is by paying your tithe and sowing seeds in his/her church. So, they will never talk about those who placed themselves on the world map through hard work and dedication.

Nigeria God abhors hard work and creative thinking. He only gives to those who sow seeds and offerings and those who shout “I am a millionaire” every morning and do nothing the rest of the day.

You want God to come down and help you use the talent He gave you and bless you because you are going to church to shout, “Daddy I receive it”!

Are you a joker?

Can someone tell these jokers that irrespective of your creed, faith or religion, blessings and favors follow you once you start using your talent and become useful to your society?

This explains why you see up to 8 or 10 Churches clustering in one street in Nigeria each selling their miracles to the gullible many who wants miracles without hard work.