“I am publishing this segment here today in honor of ODENIGBO (Professor Uchenna Nwosu, Odenigbo Igboukwu,) for his apt and unmatched community consciousness and his role in Igbo-Ukwu community development. The NNPC project at the BSSI is the latest in a  long list of his positive contributions.” – Enigma (Ideas Exchange Platform)

The archetypal Igbo man, like many other Africans, is community conscious. Wherever an Igbo man may be, he keeps an eye at home and will always want to associate with his people that are around him. The Igbo cardinal belief that “Aku lue uno, o lue ikwu na ibe” meaning that the wealth that reached home is the only wealth that is valued by your relatives, makes it an imperative to an Igbo man that no matter the amount of wealth he has acquired, it made no sense if he has not invested any good chunk of it in his community.

Ottenberg’s statement is a strong indicator of the Igbo man’s attachment to his community. This attachment is based very firmly on kinship and family. The African brotherhood, Ujamaa in the word of Julius Nyerere or Harambee in popular Kenyan parlance or Ubuntu; togetherness, in South African idiom, is deep-seated in Igbo culture. In 1939 Leith-Ross doubted whether the Igbo could visualize a world unrelated to the idea of a family. The highest level of this attachment is the clan (Umunna), village group, or what Leith-Ross would call the ‘Igbo state’. Above the African brotherhood that is deep-seated among the Igbo, there is yet another elaborate form of kinsmanship; nwadiana. Nwadiana is the mother’s family link that automatically grants the children of a woman certain rights and protection amongst her brothers and in her father’s family. In some dialects or cultural areas, it is called ‘nnaochie’, ‘ikwunne’ or ‘umunenne’, but they generally stand for the same tradition and practice.

Apprenticeship as a phenomenon was developed mainly around the Northern Igbo Plateau, where the lands for many years could no longer support agriculture and the people had taken to business running. The Northern Igbo area was the first to be occupied by the Igbo and to be heavily exploited by them. This area climaxes at Igbo-Ukwu. One result of this was that the vegetation had disappeared and the quality of the soil deteriorated. In this situation, agriculture ceased to be very profitable in the sense of meeting all the food needs of the Northern Igbo. The people responded to this worsening situation by taking to other professions such as trade, smiting, medicine, the running of oracles and so on. In other words, they developed specialized arts, which they peddled among the other Igbo cultural groups whose soils could still support profitable agriculture. Sustaining of the system implied training of their children and kin in the system. The running of medicine and oracles were specifically family businesses whose patent and secrets, respectively, must remain in the family and be carefully guarded.

The Igbo man views his family concerning other families, and his person concerning other individuals in the community. A successful man does not inspire respect if he fails to help the members of his family, especially the young, to make their own success. In this vein, the wealth of a man is not just valued on the volume of money or property that he has acquired, but also by the number of people he was able to train or raise in his business. The wealthy people have the mandate to take young people from the family or the community, train them over a given period of time and settle them in terms of setting them up with capital and a conducive environment that will help them to grow in the business. It is therefore understood that an Igbo man does not give his brother fish; he instead teaches him how to fish. The young man, on the other hand, has to undertake that period of training as a period of servitude and loyalty to his master. The understanding that “Onye fechaa eze, eze eluo ya”, meaning that he who serves a king loyally, deserves a kingship reward at the end.

This practice of the Igbo people has been ascribed as the largest incubator of entrepreneurs in the whole world. The evidence of the products is in Lagos ASPANDA, Trade Fair Complex, Alaba International Market, Onitsha Main Market, Aba and indeed every market in the world.

This is evident in the pattern of settlements and control of business empires by Igbo communities around Nigeria and big cities in Africa and parts of the world. A cursory look at most towns and villages reveals that each town has a particular business where they dominate and specific cities where they cluster. This is a product of the apprenticeship system, which ensures that a successful man in any town brings in his brothers into his business and introduces them to the secrets of the business. The boys he brought in consequently bring in others and the chain continues until a city or a particular line of trade is monopolized or dominated by these people. Igbo-Ukwu people, for instance, dominated the second-hand motor spare parts business (Mgbuka) in almost all the markets in Nigeria, while Nnewi people dominate the new motor and motorcycle spare parts. Homage is also an essential factor in the life of these apprentices as they continually pay tributes to their masters, mainly when this master is a good person or had been kind to them.

Similarly, a community that is evidently lagging in comparison with others soon becomes an object of ridicule to its members, even if, as individuals, they are very successful. It is, however, not a mere flight from the shame that makes the Igbo attached to his community. There are both social and religious reasons for this attachment. On the social level, the individual is indebted in many ways to the different levels of his community for his success. Again his community remains his last refuge. It is, therefore, almost natural that he should be concerned with the well-being of his group and its members (Oguejiofor J.1996).

On the religious aspect, based on the eschatological worldview, when an Igbo man dies, he cannot be committed to any other mother earth except the home town or the home community where his ancestors were committed. This is so because of our traditional belief in ancestorship as the final destination of an Igboman. Unless an Igboman is buried within the precincts of his home community, he cannot join the ancestors because the land of Igbo-Ukwu, for instance, is not the same as the land of Ichida and so also are the ancestors distinct. No matter what the odds might be, like in the case of an air crash or distant death like in abroad for which the corpse cannot be returned home, the funeral of such a person cannot go on unless the ritual of cleansing, picking the soil from the place of the death and performing the rightful ceremony of burial rites before the funeral can go on; the absence of any of which the soul may not rest in peace. This very belief and practice killed the idea of cemeteries that were introduced in Igbo land by the missionaries despite the Igbo people embrace of Christianity. Although our people have been Christianized, this culture is still very much alive. Maybe most people are ignorant of the bases of this culture, but I wonder if anybody can dare to change it?

To further bolster this fact, G.T. Basden observed that, “The desire of every Ibo man and woman is to die in their own town or at least, to be buried within its precincts. For a long period, it is very difficult to persuade a man to travel any distance from his native place. If he were in need of medical assistance, an Ibo would seldom agree to go from home despite assurances that he would be able to have better treatment elsewhere. In the case of a death occurring at a distance, if it can be done at all, the brethren will bring the body home for burial” (Basden, T. K. 1966 pg. 116). In this regard, many Igbo immigrants choose to retire to their home village when they can no longer continue to work.

The Igbo people seek every opportunity to link with his clan and community. This is the very reason why many Igbo people would not miss to travel home during essential celebrations, like Christmas and new yam festivals that attract very great mass returns in every Igbo community, also is the ‘August Meeting’ for their women. To this effect, therefore, the Igbo man seeks the development of his community and sees to it that his community is placed on the map of the state, country or the world depending on the outreach or connections within the person’s disposal. One negative impact that the exodus of Igbo people leaves on their host community in Nigeria when they travel for such festivals is a kind of temporal devastation by desertification, especially in cities where they dwell in numbers. Such exodus has often exposed the weaknesses of their hosts and the stranglehold on the city’s economy by the Igbo people. 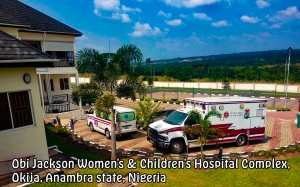 Due to distorted perceptions of this practice, the Igbo has been charged for clannishness. He is accused of unduly favoring his kindred and running to their defense at all times. He is supposed to have a tribal caucus where decisions are made and conspiracies hatched to advance Igbo interests. Such pan-Igbo solidarity is a figment of the Nigerian imagination (Achebe C, Op. cit.). The Igbo link to his community must, however, not be misconstrued as tribalism – if for nothing else, for the mere fact that the traditional Igbo ethos of hard work and competitiveness has almost necessarily given him a deep sense of fairness (Oguejiofor J. 1996 pg. 21).

“The Igbo towns compete among themselves for certain kinds of social achievement, like the building of schools, churches, markets, post offices, pipe-borne water projects, roads etc. They did not concern themselves with pan-Igbo unity nor were they geared towards securing an advantage over non-Igbo Nigerians. Beyond town or village, the Igbo have no compelling traditional loyalty” (Achebe 1983 pg. 47); the kind of loyalty the Igbo command is the kind that compels an Igbo man to ask at the first instance at meeting with another Igbo he is meeting for the first time; what part of Igbo are you from? If the answer coincides with the questioner’s part of Igbo origin, he is more excited and may question further to the extent of asking, who is your father if the coincidence continues, but dies abruptly if there is a remarkable distance. Such a question might not even come up at all if there are marked distinctions in the dialects.

Analysis and current perceptions have shown that compared with their major competitors in the Nigerian context (the Yoruba and Hausa-Fulani), the Igbo are the least equipped traditionally for tribalism or ethnicity – the undue preference for a person from one’s ethnic group over another person in the conferment of something viewed as advantageous to the receiver (Oguejiofor J loc. cit.). It is in accordance with this fact that Horton wrote of the Igbo in 1886, ‘There is not that unity among them that is to be found among other tribes; in fact, everyone likes to be his own master’ (Horton 1975 pg. 352).