2019 Elections: A Life-or-death Choice That Must Be Made Within 2018, Not Later, by Southern & Middle-Belt Nigeria

by Toni Nnadi, Sec-General of LNC

We must go one more step beyond making permutations for how the already rigged 2019 general elections shall play out.

We must, for our own sake and for the generation unborn, go one more step to halt the journey to 2019 now inside 2018. Anything else will be too little, too late, and talking about innocent people’s death and continued enslavement for as far as the eye can see.

The Sokoto Caliphate is only playing Taqiyya (Islamic term for willful deceit) at this moment. The scheme for 2018 is to lull “We the people….” into lethargic sleep and to lock us down firmly inside the well prepared, well secured, fast moving train called the 2019 general elections.

After heisting 2019 polls outcome, it will be too late for unitary Nigeria’s victims to escape because the oppressor ruling cabal will rev things up madly, and then conduct their conquest and subjugation operations inside that cattle train using their AK47 as we see in Benue and Taraba, and the sword called “Anti-Corruption” bogie. By the time we get to the dateline of 2019 campaign season, the only things left in the polity shall be the dead or the thoroughly subdued. 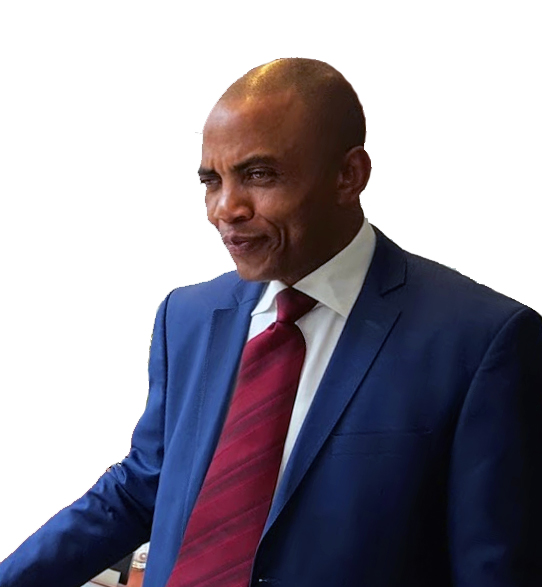 I’m sure I wasn’t the only one who watched Mike Igini defending the indefensible two days ago on AIT on behalf a determined Caliphate-controlled INEC over which he has no control whatsoever, beyond the subdued whimpers he may occasionally make in some insignificant corner, while farm-eating cows and their armed escorts march, like locusts, triumphantly through Delta lands and communities. Totally unchallenged and in fact, unchallengeable, the scions of Uthman Dan Fodio shall lay claim to the ownership of our ancestral lands for themselves and our farm crops for their exalted cows. The higher castes of the Sokoto Caliphate ruling order already exercise ownership rights over the oil/gas assets beneath the land and associated coastal waters.

The choice, going forward, is entirely ours: To get on the 2019 elections train or to abort the journey to nowhere, right now within 2018 whilst we still can.

I’m not talking about boycott here. No.

Boycotts happen only at the voting stage. But for purpose of the clear and imminent danger we face as we drift perilously toward 2019, preventive steps shall be too late if procrastination in taking decisive action supervenes. The irreparable damage would have been done.

The action we must take now is to boldly reject the 2019 general elections and then systematically proceed to halt all further preparations towards them in 2018. This just opposition to all preparatory steps toward 2019 is premised upon the already rejected and widely repudiated master-servant 1999 Constitution. Any further general elections predicated on this fraudulent 1999 Constitution imply undeserved legitimization of a fraud imposed on nearly 200 million Nigerians by the Fulani ruling aristocracy.

Our total rage and anger for the killings, maiming, rape, looting, impoverishment, dislocations, pain and general misery in the land must now be directed at the political parties that ignore the rest of the populace in effectuating the fundamental Restructuring or Devolution we seek. Woe shall betide whoever lend themselves to the Caliphate scheme of hauling us into the deathtrap of 2019 general elections train that is specifically designed to extend and thus to perpetuate our enslavement in unitary Nigeria.

The time to reject the oppressors’ scams and beat them down is now – inside 2018. Tools of the ruling cabal are in our various backyards plying their evil trade as APC, PDP, APGA, etc with even more gearing up to join them under the idiotic banner of the “Third Force”. They are now within our reach to be engaged and stopped. They wield no great weapons beyond partisan flags and dubious sentiments built around a claim at “Democracy”. Their main capital is the mass ignorance and the paralysis of fear among large segments of the ill-informed and brutalized Nigerian polity.

We have, in abundance, the antidotes to the two which are Knowledge and Courage. Yes, we do.

The ruling cabal stooges’ goals are dictated by their stomachs, greed and lady vanity. It does not matter to them that the rest of us, the enslaved and exploited, shall continue to suffer and die as is the case today.

Arresting all preparations for the 2019 general elections is a cheaper, safer and winnable fight to undertake by we the habitual underdogs. But it must be undertaken now – inside 2018.

If we fail to undertake that cheaper and safer fight whilst the window now is open, then we have willy-nilly signed up for the tougher and uncertain one coming ahead where the oppressors’ combatants will be total strangers from distant lands armed with AK47s and grenades and whose language we do not understand to be able to debate or argue with. The ruling Caliphate foot soldiers’ mandate and mission are to CONQUER us, take our ancestral lands for themselves and of course, summarily kill all who resist and colonize/enslave all who survive.