Baba Must Step Down as Yoruba Leader – Demands Ademoye With Pain

It’s with great sorrow that I say what has to be said. But the truth and only the truth shall set us free.

In truth there’s pain and with that pain, we must pray, work and commit to gain.

The gain is not simply the sovereignty of Our Yoruba nation but the measure of its success in a couple of years to come. Which infers that our commitment has to be holistic, altruistic and nationalistic.

Our omoluabi code has got to come into play. No matter how painful it may be.

Within the omoluabi code is the ethos of honesty and boldness. We must not continue to treat the matter of 60 million with levity or aloofness.

We are at a crossroads again, where we have to be decisive regardless of whose cow is gored. We can no longer rest the hope of an entire people on the shoulders of a singular.

No! We can no longer watch our people suffer cohesion while we stand aside and look on

By individual introspection, our omoluabi instinct says our collective and its methodology for our joint emancipation is haphazard, hapless and therefore dangerous.

It pains to observe and accept that our hierarchy is inadequate, incapable and therefore not fit for purpose.

“Leadership is the capacity to translate vision to reality”

Here, vision and capacity is a question, a void.

A leader has the vision and conviction that a dream must be achieved. He motivates, instigates, activates and manages the people to match on to glory in unison and purpose.

A leader distributes power meticulously and purposefully with extreme discrimination.

A leader is a person of great valor overtly and covertly. In public and in private.

It pains to say it, but it is what it is!

He is not the one!

It’s now beyond intuition! Our struggle is continuously being weakened.

YWC, the greatest and most powerful congregation of Yoruba sociopolitical eminents, was diminished and incapacitated, who was there?

Ilana, the resultant of treacherous usurpation now in disarray, who was there?

YSDM, a nonstarter, who was there?

NINAS, an invaluable alliance admittedly of superior intellectual argument demonized, who was there?

The singular most momentous misgiving tearing our people apart hinges on the decision to abandon NINAS under subjective reasoning. 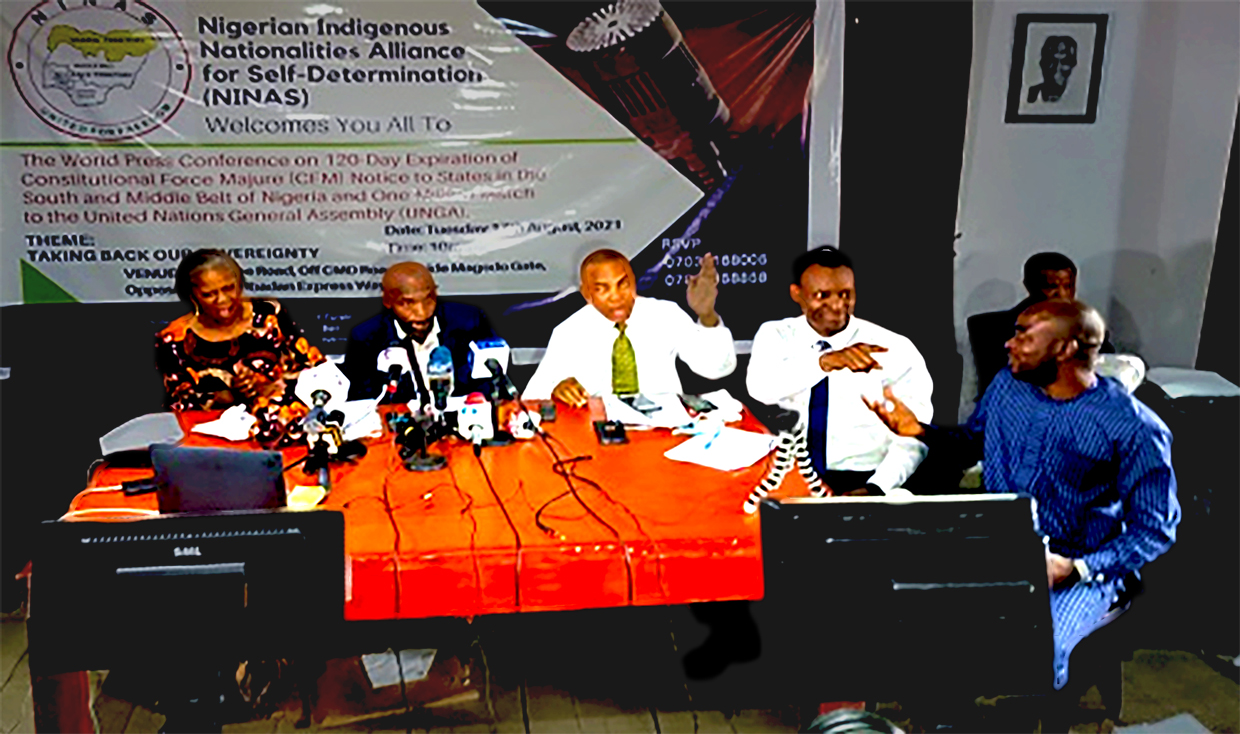 As a matter of selflessness, sacrifice, restitution and humility, and as required in the trait of leadership, we need and must eat our humble pie.

An objective review is overdue.

Anything short of a step down by the present actors and subordinates, and a powerful evaluation of existent “secretariat”, thereafter, remain infantile, rendering our goals ill-fated.

It pains to say:

“Baba Must Step Down”

With all due respect!