Artwork Is the Fastest & Most-rewarding Investment That One Can Make in Today’s Nigeria – says Prof. Uchenna Nwosu

The National Television Authority (NTA) was on-hand to cover the formal opening of the Odenigbo Art Gallery, Igboukwu by the Anambra State Commissioner for Diaspora Affairs, Arts, Culture & Tourism, Dr. Christian C. Madubuko, on Saturday, August 22, 2020. This video clip, posted on YouTube, was recorded by the correspondent for the network’s national newscast reporting on this momentous occasion.

Between 1959 and 1964, an archeological team led by Professor Thurstan Shaw carried out excavations in Ngo, Igboukwu at multiple sites that included the burial chamber of an ancestral Igbo nobleman and a treasure trove filled with ornamental artifacts cast in leaded bronze dated to have been manufactured in the 8th – 9th Century AD. The exquisitely crafted artistic masterpieces were deemed by connoisseurs in the field to be “among the most technically challenging bronzes ever made”. These archeological treasures, which include the world-famous Igboukwu Roped Pot, are currently housed in Lagos Museum.

Chemical isotopic studies show that the raw materials used in making the leaded bronze used in the castings were obtained within this part of West Africa. Additional studies showed that motives and images depicted in the ornamental masterpieces are creatures and objects that abound in the locale. Igboukwu has, therefore, been identified as the home for the ancestral Igbo who led this bronze civilization 1,300 years ago. In recognition of this, both Anambra state and federal governments have sited two museums in this community. The Federal Government also an outlet of the National Art Gallery and Yam House in Igboukwu.

In profound appreciation for Prof. Thurstan Shaw’s pioneering archeological works in this historical town, Ndi Igboukwu have established the Shaw Institute for Cultural Art (SICA) on the premises of the State Museum. The SICA project, when fully operational, shall spearhead the systematic transformation of Igboukwu and environs into a culture tourism hub for this part of West Africa.

The community and private-sector investments into the SICA projects include the establishment of educational, recreational and hospitality businesses which are the principal pillars for the development of vibrant local tourism industry. The SICA House, which comprises a library, large auditorium, art display gallery and offices, is in the final stages of completion. In the interim, individuals and groups have commenced spirited investments in readiness for the emergent tourism industry in the area. The Odenigbo Art Gallery is a private-sector driven endeavor made to complement the essence of the SICA project. 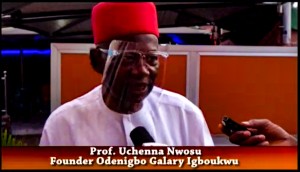 Professor Uchenna Nwosu, an Ob/Gyn specialist, is the proprietor and resident artist at the Odenigbo Art Gallery. He is also a leading mover of the SICA project. 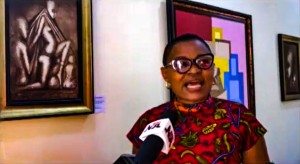 Mrs. Obiageli Ezeife (nee Okeke) is the daughter of Mr. Simon Okeke who designed the Biafran currency and stamps. She is an artist – in the footsteps of her late father. 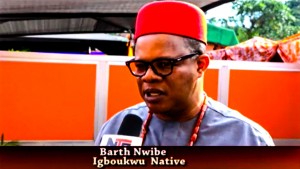 Chief Bart Nwibe (Ugo Igboukwu) is a petroleum engineer. He is the CEO of Segofs Energy and the financier of Ugo Foundation. He is also a leading donor to the SICA project.