The confusion which has bewildered Nigeria’s once-balanced national economy since advent of military intervention in governance fifty years ago is still being stoked by the wielders of power in Abuja. Before things went awry, Nigeria’s economy was balanced and heavily reliant on real productivity of the country’s indigenous peoples. The economy was heavily reliant on agricultural produce in forms of groundnuts, cotton and tin/columbite from the North; palm produce and coal from the East; rubber and timber from the Midwest and cocoa from the West. Despite the fact that the population during the 1st Republic was about one third of what it is today and there was less educated and skilled workforce at the time, mass unemployment was not as significant as it is in this 4th Republic. Wealth of the nation was created out of direct input of the sweat of the citizenry in all parts of the country and not just from a single location and commodity – in oilfields of the Niger Delta – as is the case today. 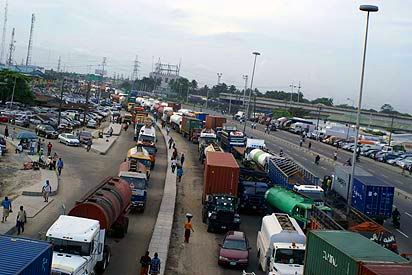 Before oil, Nigeria’s national transportation infrastructure network was designed, built and sustained in a balanced manner to meet needs of growing an agro-based domestic economy. The typical groundnut or cotton farmer up North had the alternate options of shipping his export produce through the seaport of Port Harcourt or Lagos. Nigeria Railways linked these seaport with the North and elsewhere in the country’s hinterland. The Civil War and advent of crude oil export jointly transformed and ultimately disfigured the country’s economic architecture beyond recognition. The seaport of Port Harcourt and the eastern limb of the Nigeria Railways were deliberately put out of commission and rendered nonoperational since the last half century as a matter of national policy. This single act, in a country that has practically no homegrown industrial manufacturing base, resulted in the virtual shuttering of the economy gateway for the eastern half of Nigeria. And as far as those who have minded the country’s economic well-being for last two generations are concerned, nothing wrong was seen in this grossly anomalous situation.

A strategic choice was made by the rulers of post-war Nigeria to aggregate all importation of consumer goods into Nigeria through the seaport of Lagos since 50 years ago for some reasons. Despite the fact that the country’s population has more than tripled and the national wealth has grown many folds, the archaic policy of shuttering the eastern economy gateway still persists at the highest level of policymaking in Nigeria.

Lagos, as the lone seaport designated for handling all importation of consumer goods, soon became overcrowded. The congestion at the Apapa wharf facilities was relieved by embarking on an ambitious construction of larger and more robust berthing capacity in the Tincan Island. For all practical purposes, these two ports have jointly served importation into Lagos fairly well till date. But more, bigger and better seaport facilities are always a welcome proposition any day. And so it has been with Lagos and the political leadership elite at the helm of its affairs. Talk about a third and even a fourth seaport for Lagos has been ongoing as expected. In fact, the Goodluck Jonathan administration did approve the construction of new deep seaports along the Atlantic coastline – in Lagos, Delta, Bayelsa, Akwa Ibom and Cross River states. With arrival of the Buhari administration, however, all that one hears is an urgent need to kick-start a third mega seaport at Badagry and little else. The former Lagos governor, Babatunde Fashola and others in the Buhari inner ministerial cabinet have effectively lobbied to obtain an immediate accent for commencement of construction of the proposed new Badagry seaport. According to the incumbent Lagos state governor, Ambode, construction shall begin at the Badagry site within the next two months.

It is claimed that the deep seaport at Badagry shall be built with privately sourced funds. Another claim is that it shall become a net foreign-exchange revenue generator for the Nigerian economy when the new deep seaport is completed. Could any of the preceding two claims not also be applicable to the other deep seaports proposed for the Niger Delta and rest of the Eastern Atlantic seashores? Why then must Lagos state have its 3rd deep seaport first while other states in the eastern Atlantic shoreline are yet to have their first functional commercial sea terminal? Perhaps, this is quite consistent with the Buhari administration’s mantra of dispensing Nigeria’s national largesse with a routine where the Southeast and Southsouth geopolitical zones are willfully forgotten and totally disregarded.

Any deliberate policy that promotes further population growth in the sprawling Lagos metropolis which already has an estimated population 15 million or greater is wrongheaded and counterintuitive. The Lagos corridor has just about maxed out its capacity based on the available land and air transportation infrastructure. While introduction of yet another deep seaport shall bring in additional revenue to Lagos, the overall impact of such injection of new funds shall hardly be as much as if such a national endeavor is committed further to the east where maritime commercial deep port facilities are very much in need. While the Buhari administration’s officials believe that the new Badagry seaport is “expected to bring a total of $2.558 billion into the country”, financial experts affirm that reopening the shuttered Nigeria Eastern Economic Corridor (NEEC) has the capacity to quadruple Nigeria’s gross domestic product (GDP) within a decade. The bang for the buck which Nigeria can ever get out of the 3rd Lagos seaport is far less than what can be gained by locating such a facility in the Niger Delta or along the Calabar estuary.

Further congestion of Lagos metropolis has already reached the point of diminishing returns. The lone commercial seaport for entire Nigeria, therefore, needs relief and not additional population burden which shall become inevitable after completion of the third seaport for the mega city. Who is at helm of this sort of national planning?

The plan to build extra seaport for Lagos and new ones along the Eastern Atlantic shoreline, as proposed by the preceding administration, makes greater sense, especially if executed in tandem. Isolating the new Badagry seaport for a favorable treatment while not making even any mention of the ones proposed for Delta, Bayelsa, Akwa Ibom and Cross River states is definitely not a smart way to deploy scarce national resources in current economic hard times. This sort of development goes a long way to affirm the claim by some that the national wealth derived from export of crude oil of the East are persistently being diverted for the exclusive development of other parts of the country far away from where the revenues originate. At a time when local activist insurgency is hell-bent on disrupting normal business within the oil industry, it would have made better sense for the central government to demonstrate a gesture of goodwill by situating a deep seaport in the East first before embarking on a 3rd seaport in a heavily congested Lagos metropolis.

The second-best option would have been to commence the Badagry seaport and its counterpart in the East simultaneously. This would have helped in achieving a more balanced national economic development while re-enforcing the much-needed equity in disbursement of the national largesse toward serving all stakeholders.

The Federal Executive Council (FEC) has approved a business plan for the development of a seaport in Badagry, Lagos State. When completed, it will be the third in Lagos state along with the Tin Can and Apapa Ports. The Federal Government said that the project will cost $2.5 billion of foreign investment, at no extra expense to Nigeria. “This is basically the first step to approving the establishment of a new seaport in the Badagry area, to take advantage of improved port facilities needed by bigger freighters and ships on the African continent,” said Ba­batunde Fashola, the Minister of Power, Works and Housing, when he spoke with journalists after the FEC meeting at the Presidential Villa, Abuja.

“The Badagry port is long overdue. Our ports are behind in terms of technology in the maritime industry; there are bigger vessels now being built across the world that require larger depths and drafts to berth. Now, some of our competitors on the continent, like Djibouti, are building bigger ports, so if we don’t build this we risk becoming uncompetitive and we risk a threat to our maritime hub status in the sense that we may become a trans-ship­ment port instead of a port of original destination. The work started in 2012 and it is interesting that all of the financing is coming from the private sector. It was delayed because of the refusal of the last administration to grant approval for it because port development was under Federal Government control,” the former Lagos State governor added.

The seaport, which is expected to take five years to build, according to the Minister of Transport, Mr. Rotimi Amaechi, is expected to bring a total of $2.558 billion into the country. Its establishment is welcome news as the local currency continues to plummet because of the persistent scarcity of hard currency in the foreign exchange market. The Transport Minister explained that Federal and Lagos State governments will not contribute financially to the port and the land will be given by the state government. Fashola further explained that the agreement is consistent with government’s macroeconomic policy to fund its economy with more tax income as the prices of commodities, especially oil, become increasingly threatened.