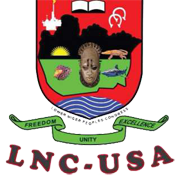 It appears that all prophesies for 2015 Nigeria have either come through or are indeed on course toward their fulfillment. When intelligence-related outfit in the United States of America predicted Nigeria’s demise in 2015, many thought of such a scenario as improbable and some even went further to considered such prediction as an absolute impossibility. Then came the 2014 National Conference whose outcome, at least initially, cast a serious doubt regarding the anticipation of an imminent collapse and demise of a nation which was still actively seeking the ways of means of strengthen itself by shoring up its own foundation through national dialogue. But all recommendations of the national confab, as otiose as they appeared to some, were to be swept aside soon together with conference’s chief-convener, President GEJ, for good during last March 2015 general elections. “Change” was effectively marketed as the mantra of a “resurgent” Nigerian nation by the new Commander-in-Chief who predicates his presidency on first ridding the country of corruption, both in government and mainstream culture. 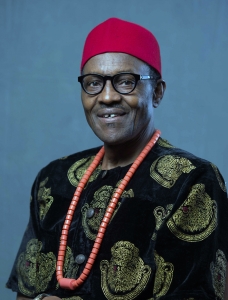 Then came Radio Biafra out of the blue. The radio broadcast, which originates from London, UK, had for some time been the companion of masses of the young mostly unemployed or underemployed fellow Nigerians inhabiting the Southeast and Southsouth (SESS) geopolitical zones. But the protagonists of Radio Biafra, some of who are affiliated with the Indigenous Peoples of Biafra (IPOB), have an agenda beyond just the broadcast of news and editorial commentaries into Nigeria from distant havens overseas. As if fate came calling, the Director of Radio Biafra and an IPOB leader, Nnamdi Kanu, was accosted, arrested and detained on arrival at Lagos Airport by the central government’s State Security agency since October 2015. As ill-prepared as the new Buhari administration was to preoccupy itself with a divisive issue of this magnitude at this juncture, the central government’s decision to hold tight on its pro-Biafra prisoner without court trial has since unleashed waves of pent-up frustration and angst from SESS youths in a manner that has effectively reshuffled the cards and reprioritized political discourse throughout Nigeria. Nigeria may not cease to exist in 2015, as predicted, but it is certainly no longer going to be business as usual for the powers that be in Abuja going forward. The mass street protest by the Lower Niger (SESS) youths has reset the national political discourse to trend in favor of guaranteeing self-determination rights for constituent parts of Nigeria as the country’s core existential challenge of today.

The fast-evolving situation at ground zero within Nigeria was object for a virtual “town hall” meeting convened by the Lower Niger Congress –USA (LNC-USA). The Lower Niger Congress (LNC) is an organizational platform for driving the self-determination movement for indigenous peoples of the Lower Niger of which the civil-war Biafra territory is part and parcel. The following resolutions were adopted at conclusion of LNC-USA’s deliberations last weekend:

Biafra was a main feature during the most catastrophic epoch of Nigeria’s national history. The Civil War and Biafra constitute the historical watershed between the Nigeria which worked and the one that exists today. Looking back, Biafra had meant death, hunger, starvation and disease for millions of Nigerians. At a closer look, Biafra also emblemized the courageous assertion of self-determination, ingenuity, perseverance, resilience and indomitability of the human spirit, forgiveness and hope. But the military dictatorship which had usurped political power for decades since the Civil War missed to even notice the true meaning of Biafra, not to mention giving priority to the deployment of the highly valuable experiences of that unique era in nation building. Obsession with sharing the civil-war booty was instead made to drive Nigeria’s national agenda for the past half century. The political power mongers at the center were content to tuck away the Biafra phenomenon in a shallow grave with the false assurance that all about it shall become obliterated from national consciousness with the dying out of the generation which had experiential knowledge of the Civil War. 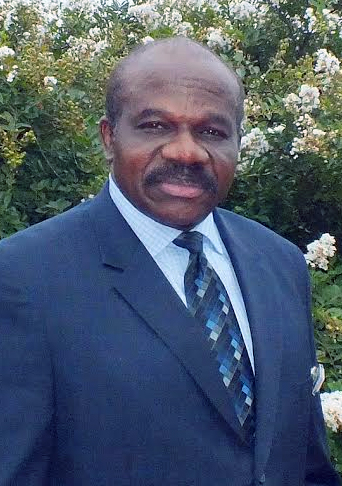 The Biafran metaphorical grass may have lost its leaves, stem and branches to the raging bushfire inferno, but its stubborn roots are, nonetheless, still firmly anchored in the soil below. After years and decades of dormancy, the growth season has now returned, once more and the roots underground are busy sprouting new life, as we speak. Nigeria is now being presented with the choice of resenting and assailing the imagery of Biafra or to embrace what this phenomenon stands for. Nigeria earned “independence” in 1960, but it is going to take yet another half a century later for Nigerians to truly learn how to assert their self-determination rights. Half a century is a long wait with the many associated loss of opportunities.

“A new generation of Nigerians who never experienced Biafra and the Civil War are now the ones at the vanguard of  self-determination for the marginalized and exploited indigenous peoples who inhabit Nigeria’s civil-war theater”, remarked the LNC-USA Chairman, Dr. Okenwa Nwosu, as he explained the uniqueness of the recent upsurge in pro-Biafra protests in large population centers of the Lower Niger (SESS states). The Washington DC-based medical doctor repudiated the poor judgmental call made by the central government in Abuja in even contemplating and treating the nonviolent and orderly protests by the disaffected youths as a sort of insurgency that is comparable to the Boko Haram Islamist terrorism based in Northeast Nigeria’s geopolitical zone.

“These pro-Biafra agitators bring forth youthful energy to the quest for self-determination in a fashion that the country never witnessed throughout its entire history”, continued the LNC-USA boss. “Since they are unencumbered by the crippling experiences of the civil-war era, the clamor for Biafra is being seen by the agitators as an article of faith and a symbolic encapsulation of the future they wish to see, going forward. The future belongs to the generation of these young protesters and those ignoring what inspires such a determined struggle in the country’s majority demographics may indeed be trying to fly through a stormy weather in blindfolds”, Dr. Nwosu cautions regarding the overall attitude of Nigeria’s Abuja-based central government to the ensuing crisis.

The LNC-USA Chairman revealed that ongoing efforts are being made, at ground zero, to streamline and focus the zeal and disparate demands of the pro-Biafra protesters, in the ranks of IPOB, MASSOB and their affiliates in the Niger Delta, to hone in their energies and stratagems on the restoration of their peoples’ inalienable right to determine their own fate by themselves in today’s Nigeria or outside of it.

“While self-determination is the ideology, a successful conduct of the Lower Niger Referendum for self-determination scheduled for 1st Quarter of 2017 presently remains the core mission and low-hanging fruit for the protesting youths. Invocation of “Biafra” is therapeutic to the soul of future leaders of today’s Nigeria. Biafranizing Nigeria may, therefore, be the only option for rescuing fellow citizens from the current path of perdition in which Africa’s most populous country is headed”, Dr. Nwosu concluded.