Contrary to the claims of two ministers of President Muhammadu Buhari, Sahara Reporters can report that a handsome ransom was paid to Boko Haram to secure the release of Dapchi girls freed by the insurgents early Wednesday morning.

Nigeria’s Minister of Information and Culture, Lai Mohammed as well as Minister of Defense, Mansur Dan-Ali had denied that ransom was paid to Boko Haram to secure the freedom of the girls kidnapped by Boko Haram in their school in Dapchi, Yobe State on 19 February.

The two ministers said instead of paying a ransom, the federal government relied on ‘backchannel negotiations” to ensure that the girls were released by Boko Haram.

But investigations by Sahara Reporters revealed that the federal government not only made ransom payment to the insurgents, it also exchanged some Boko Haram prisoners in return for the Dapchi girls.

However, the lie that no ransom was paid to secure the return of the Dapchi girls followed a consistent pattern of such under-the-table millions of dollars payments by the Nigerian government to Boko Haram to secure freedom of abductees, especially since the advent of the Buhari administration.

It was believed that huge ‘ransom’ was paid to Boko Haram for freedom of three university lecturers and the 10 women recently released by the insurgents while between two to three million euros were also paid by the Federal Government to Boko Haram in exchange for the release of 82 Chibok girls in 2017.

The BBC had reported that millions of euro in cash were handed over to the insurgents in exchange for the release of the girls in addition to the release of five senior Boko Haram militants who are bomb makers.

“The ransom was €2m. Boko Haram asked for euros. They chose the suspects and gave us the list of girls who would be freed,” BBC quoted a source as confirming the deal with Boko Haram.

Nigerian central government ministers and local army commanders were part of the reception that welcomes the Dapchi school girls after their return by the Boko Haram. Buhari government’s Minister of Information, Lai Mohammed and others are full of smiles.

Sources said Lawal Daura, the Director-General of the Department of State Services, DSS, who has been in charge of the “opaque negotiations” with terrorists has, along with some government officials, built a big business out of kidnap for ransom negotiations.

Analysts have also argued that the eagerness of the Buhari administration to pay ransom for abductees is fueling the thirst of various factions of Boko Haram for mass kidnappings.

Nigerian lawmakers had alluded to this during a debate on the abduction of Dapchi girls at the plenary of the Senate last month.

The lawmakers had argued that Boko Haram now kidnap women and girls so as to negotiate and “get money” from the federal government “just like the case of Chibok girls.”

“What happened is a lesson for us. That Boko Haram sees girls or women as value targets. What they did in Chibok earned them some funds, because negotiations were held somehow, and they got a lot of money,” Senate Leader, Ahmed Lawan, said during the debate. 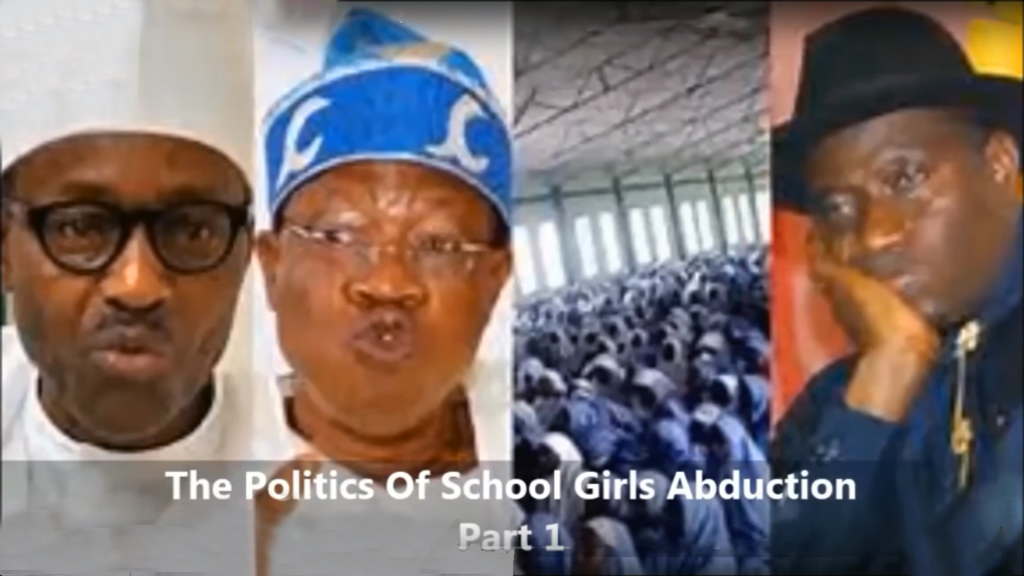 The Islamist terrorist groups operating in Northern Nigeria have been utilized by politicians to manipulate the electorate in the run-up to general elections. Chibok girls were abducted as a gambit to scheme the ouster of former President Goodluck Jonathan, for example.

“We need to be very proactive in this case because the idea of sitting down to always negotiating and paying ransom. With this action, we are empowering the Boko Haram so that they would continue to do more”, he added.

SaharaReporters, early Wednesday (March 21, 2018), broke the news of the release of the kidnapped girls.