Buhari & APC’s Shifting Narratives to Explain Collusion with INEC to Rob Opposition Candidate, Atiku Abubakar, of His Victory at the 2019 Polls

INEC discovered late that they didn’t cover their dirty tracks very well & that Atiku has already gotten some reliable and damaging info from insiders and supporting evidence too. APC saw this and immediately petitioned the police alleging that Atiku had hacked their Server. But they couldn’t substantiate anything or implicate Atiku. They knew that the entire manipulations had been found out by the opposition who are ready to hit them hard at the Tribunal. So, they needed to act fast; and off to work, they went.

Emissaries, friends, some members of the National Peace Committee, some Northern elites and powers that are close to Atiku were sent to dissuade him from challenging the 2019 sham of an election at the Tribunal. Another plan was even hatched to blackmail Atiku with treasonable felony via Lai Mohammed so that a plea bargain could be reached & the petition canceled. But Atiku was wiser and smarter. He was ready for all their shenanigans. So, that plan couldn’t work for so many obvious reasons. And now, their greatest hurdle is that many right-thinking Nigerians are more informed and better enlightened than they were before 2015. It has become clear to everyone that hundreds of fake Facebook pages were created simply to sell propaganda against Atiku. This was discovered and Facebook has already closed them, meaning that the propaganda magic wand is already waning. The issue of smearing Atiku as corrupt is not as popular as it used to be. He went to the US as against the insinuations that he couldn’t go there… So finally, in March, Atiku and PDP filed their petition. And the grounds for the petition as enumerated, were no child’s play. INEC and APC know the weight of the Petition.

When the legal team of APC and INEC headed by the erudite Olanipekun SAN saw the weight of the petition and the damaging potentiality therein, they informed their clients of the danger ahead. Every lawyer know a lousy case when he sees one. So, they hatched a plot too like the brothers of Joseph did in the Bible after selling him to Egypt. They plotted: let’s kill Joseph and tell our father that a lion killed him. So, it was planned that once the evidence is destroyed, the petition would be as useless as the destroyed evidence. Atiku too was wiser and smarter, he even submitted the Server cloud address to the Tribunal and secured that evidence as well. What these cohorts did not understand is that Election Petition is not just like criminal or civil cases, it is sui generis, a case on its own standing and its own unique procedures, meaning it can tilt as new evidence emerge before the Tribunal. Every lawyer knows this; most Nigerians don’t know about Election Petition being a Sui Generis. 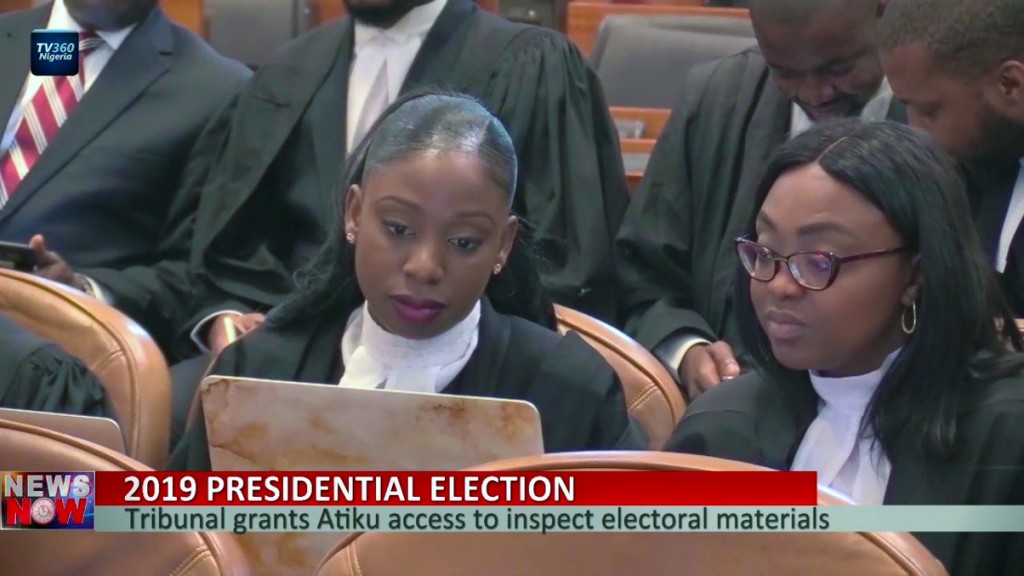 Electoral Tribunals constitute an uphill battle for complainants who are often given a very hard time in obtaining the required official data to help in making their cases. Tribunal had to specifically order the INEC to allow the complainant, Atiku, access to ballot documents.

So, Quam primum, an extraordinary emergency meeting of the Aso Rock kitchen cabinet was assembled. Fashola, INEC boss and some key INEC officers, El Rufai, Oshiomhole, Keyamo, Amaechi, even some Media Houses (you already know them, those that can hardly report anything against Mr. Integrity) and some other key APC persons had to find a way to prevent the impending calamity. Lai Muhammed and Oshiomhole were expressly and strictly warned not to speak on the presidential election because people are no longer buying their media stupidity any longer. Only Festus Keyamo SAN was tasked to talk about the presidential election and the petition thereto. But even Keyamo is now beginning to sound stupid like Lai Muhammed and aggressive too, whenever he is talking. Their storyline must change, or Nigerians would begin to ask pertinent questions. So, it was agreed with INEC to shift the narrative that there wasn’t anything as the INEC Server.

Boom, that was all over the media.

Then over the weekend, the news all over the media was that there was nothing like INEC Server. What a funny defense!

And coincidentally, the European Union Observers released a damaging report that the 2019 Elections, particularly the collation of the results were not transparent. In other words, the Elections were rigged, especially at the collation point. We all saw Keyamo and how he was talking like a year one law student when he was responding to questions on the EU observers’ report. The whole saga is getting an international dimension to it and the INEC and APC are not comfortable.

So, they also agreed to clamp down on any media platform or individual that might attempt to spoil or puncture their narrative. Who has forgotten how they attempted to shut down AIT and its subsidiary stations? Many journalists and online media platforms are being targeted and arrested. They have employed many online watchdogs sniffing on every news that comes out every second. But it is too late as they can no longer prevent the already escaped horse by shutting the door of the barn. Thanks to the online media!

Some news and print media took up the issue of INEC not having a server. A whole INEC?

So, the first question became: how would the INEC deny that there is INEC Server? And where are the data of all the over 84 Million registered voters? Their biodata, essential information and their pictorials? How can they defend voters’ accreditation at the Tribunal? Does the card reader work manually too?

And if already there is a court ruling to the fact that where there is no accreditation of voters and evidence of the record thereof, the election will be as good as no election, how are they going to defend that before the Tribunal?

So, INEC seeing this and other impending damages and dangers of retaining such a position now came up with another story today that INEC has a Server, but it was not used at the 2019 elections! What a stupid position again. Nigerians already know how the INEC manipulated the votes to keep Buhari in office even when he clearly lost. All the NYSC students used as ad-hoc staffs and INEC officers know about this, the hundreds of thousands of Nigerians used as collation and returning officers know this as well. In the spirit of covering their tracks, they have started rewarding all those staffs that were used to carry out this manipulation. Some have been promoted and INEC has fully employed many NYSC members. But this is more like medicine after death. 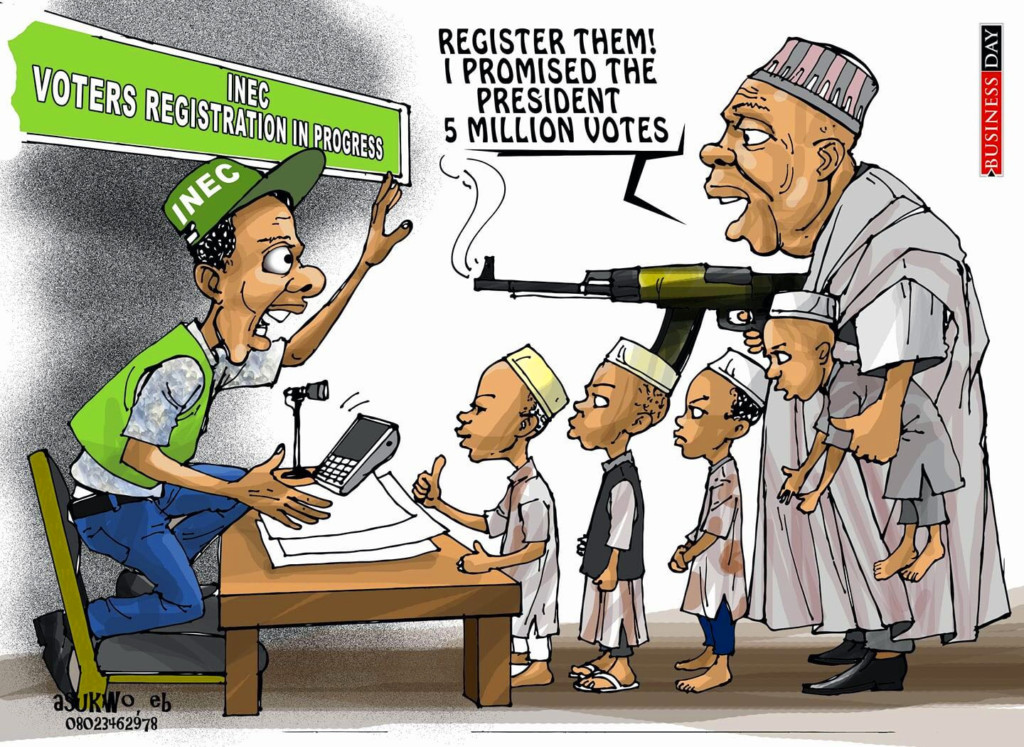 The Fulani ruling cabal has already deployed the INEC, which is headed by one of their own, Mahmood Yakubu, to prep all tools required for rigging the incumbent President Buhari back to power in 2019, no matter what. INEC officials are forced, at gunpoint, to register underage voters in Buhari’s Arewa North in gross violation of the law.

They already told Nigerians before the elections through their spokespersons, Mike Igini and Festus Okoye, that they have tested the process in Anambra and Osun elections and would be using it 100% during the polls.

Summary of the Everchanging Narratives:

Don’t be surprised when you see the storyline change again in the next 24 hours.

But INEC and APC are in for something they don’t really know how to handle. Atiku’s legal team are geared up for this; Levi Uzoukwu, Chris Uche, Mike Ozekhome – all SAN and the host of other legal brains perfectly understand the rigors of such a hide-and-seek game.

This election petition trial will be ground shaking. This is just the beginning!