Buhari Govt. Should Live Up to Its Constitutional Responsibility by Stopping Continuous Killings, Rape & Criminality Across Nigeria – Christian leader

Boko Haram Kills 8,370 Members of One Church, 8 Pastors in Nigeria

The Church of the Brethren in Nigeria (EYN), has said it lost more than 8,370 members, including eight Pastors, to the Boko Haram Insurgency in the North East of Nigeria.

Rev. Joel Billi, who gave the statistics on Thursday, at the world news conference, organized by the Dominion in Yola, said that 25,000 members of the Church were currently taking refuge in neighboring Cameroun. At the same time, more than 700,000 were in Internally Displaced Persons (IDPs) camps.

Billi said that the purpose of the news conference was to review and highlight the effects of insurgency and the state of the nation, on the Church’s activities.

The president regretted that the activities of the terrorists had affected more than 1.5 million members, and caused huge damages to the Denomination’s places of worship in the North East region.

“It could be recalled that EYN has lost over 8,370 members and eight pastors with the numbers increasing daily.

“Over 700,000 members are displaced and about 25 000 are currently taking refuge in Cameroun and Chad Republics.

“About 300 of the 586 churches have been either burnt or destroyed with an uncountable number of houses belonging to our members looted or burnt too,” Billi said.

He further explained that only seven out of the 60 District Church Councils, were not directly affected by the insurgency.

On abduction, he stated that many of their members were abducted by the insurgents,  with 217 out of the abducted 276 Chibok schoolgirls belonging to the EYN.

According to him, the EYN is the single Christian Denomination that is worse hit by activities of the Boko Haram terrorists.

On the fight against the insurgency, the EYN President commended the renewed zeal by the military and other security agents, in tackling the menace.

He, however, called on the Federal Government and the state governments of Borno, Yobe and Adamawa, to as a matter of urgency, rescue the remaining abducted Chibok schoolgirls and reunite them safely with their families.

“I also call with a loud voice, on the Federal Government, under President Muhammadu Buhari, to rescue Leah Sharibu, Alice Loksha, and hundreds of others abducted by the Boko Haram,” he stated.

He lamented that there were still several villages and communities that had been deserted by their inhabitants due to continuous attacks by Boko Haram.

Billi also urged the president, to as a matter of urgency, deploy at least a battalion of the military to the deserted areas behind the Gwoza Hills, to ensure the speedy return of the IDPs to their ancestral land.

“Government should immediately reconstruct and rehabilitate all houses, schools and worship places, destroyed by the insurgents in the deserted villages, through the Northeast Development Commission. 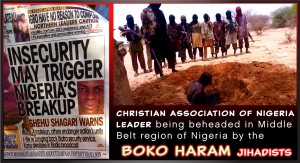 “The Federal Government should equally marshal out plans to evacuate the over 47,000 Nigerian refugees in Camerounian Camps, back to their ancestral homes, by the end of 2020,” he said.

Billi further urged the Government to live up to its constitutional responsibility by putting a stop to the continuous killings, abductions, rape and all forms of criminality across the country.

He also called the attention of Government to activities of tribal militia, armed bandits and kidnappers terrorizing Nigerian communities.

On the state of the nation, Billi commended the Federal Government and the Presidential Task Force (PTF), on (COVID-19), for the proactive measures they had been taking in fighting the pandemic.

“We salute our frontline health workers for putting their lives on the line for the generality of Nigerians.

“We sympathize with families who lost their loved ones, as a result of this global pandemic and call on all Nigerians to adhere to safety protocols and guidelines so that the disease will be defeated,” Billi added.