Anambra Governorship Election: The Tough Choice Before Us

The forthcoming gubernatorial election in Anambra State on November 18, 2017 has been sign-posted with significant intensity in terms of the razzmatazz of the campaigns and the subdued worry in many quarters as to what the future holds for Ndi Anambra. As an active observer of the political process, not just of Anambra state but also of the Nigeria state, I have keenly followed the trajectory of the campaigns; as well as the deluge of promises oozing out from the cooking mills of the various political parties and candidates. Given the pedigree of some of the contestants, I am minded to state that we, as a people, have a tough choice to make. I have no doubt in my mind that our people deserve the best from the vast array of candidates jostling for the governorship position in the State. 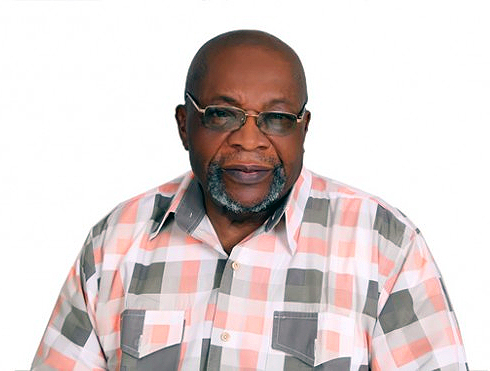 As has often been said, good leaders are difficult to come by. Like good money, they are difficult to find. It, therefore, requires a discerning mind to identify a good leader when you see one. After all, our people say that you know the ripe corn with your eyes. But one thing that should be very clear to our people is that Anambra state is not a piece of item at a bazaar event up for grabs by the highest bidder.

In making the tough choice staring us in the face, come next Saturday, we must ask ourselves this pertinent question: What type of leader do we need in Anambra State? This question is fundamental to the choice we will eventually make; because no matter the choice we make, we will be held accountable by history and our conscience. In answering the question above, let me draw a graphic picture of the kind of leader we need in Anambra State. We need a leader who is focused and goal-driven; a leader who is committed to the cause of Igbo resurgimento; and is intellectually capacious to drive the wheels of Anambra economy.

We need a leader, not a lackey; an innovator and not a liquidator, a protector and not a predator; a leader that will not be willing, under any circumstance, to mortgage the future of Anambra State on the altar of political expediency. Anambra State does not need a leader who is desperate for power or one that panders to the rhymes of suffocating pyrotechnics that have bogged our growth and development over the years. This is why we must be alert, alive and very sensitive intuitively to the rhythms of the moment in making our choice come next Saturday.

If the foregoing are some of the attributes of the leader we desire in our future governor, then the question is: Where or when do we find such person? This leadership portrait can be found in Anambra State and we stand a chance of finding such person on November 18, 2017. Among the 37 eminent persons presently angling for the governorship position, I have always asked myself: Who does the cap fit most? I am aware that many of these contestants are eminently qualified even when I consider some of them are mere pretenders. But among those I consider serious: Who does the cap fit most? This was actually an issue that gnawed at me constantly; and I am certain troubled others as well since the campaigns began.

However, God has a way of resolving such deep puzzles. If anybody was in doubt about the vision and mission of the contestants, those doubts were cleared during the recent Governorship Debate in Anambra State among the four major contenders. For me and millions of Ndi Anambra, that debate was an eye opener, it exposed a lot of things. For anybody that watched and listened to the debate, there was no doubt that one candidate stood out very clearly from the pack.

Among the foursome in the debate, was a young man who had a blueprint for the development of Anambra State in all facets of the word. He spoke calmly, eloquently but assuredly. I was thrilled as he rolled out his master plan and vision for the development of the agricultural, industrial, education, health, infrastructural, and human capital sectors. I was impressed with his vision for economic integration in Anambra State and the entire Southeast. His vision for youth development, security of lives and property was simply amazing. In this young man, I saw the Anambra equivalent of Lee Kuan Yu; I saw a man with the capacity and verve to rewrite our narratives positively.

That young man is Chief Osita Chidoka (Ike Obosi) of the United People’s Party (UPP). In Chief Chidoka, I saw the embodiment of Igbo patriotism, never-say-die attitude and stoicism. I saw a man full of determination and willingness to explore new frontiers; a man at home with trajectory of his people, their history and narratives. In a country that has become notorious for ethnic irredentism; where issuance of quit notices by one ethnic group to another has become the rule rather than the exception, Chief Chidoka was the only contestant who appeared to know what should be done to guarantee the safety of our people’s multi-trillion-naira investments outside the Igbo home land. Like me, he was able to convince millions of Ndi Anambra that he knows what to do with power if given the opportunity.

I am not surprised that he manifests all these traits or that he has the depth of knowledge at his disposal. This is a man that has been trusted with power at various levels and he excelled without the slightest hint of scandal or financial malfeasance. He has an intimidating credential and his track records are breathtaking for a man of his age.

This young man may not have all the money to throw about like others, but one thing I know for sure is that the future of Ndi Anambra is secure in his hands. I, therefore, challenge our people to be wary of the several predators bestriding the length and breadth of Anambra State and baiting people with monetary inducements and other filthy lucre. Be warned all that glitter are not gold. We cannot auction Anambra State to any money bag. I know that millions of Anambra State people share my view on this and are ready to disappoint the several moneybags that have tried to buy their conscience with money.

As a people, we must be ready and willing to speak our rejection of such predators with our votes, reconstruct our electoral narratives and escape the horrible judgment of posterity that must await those who sell their destiny for pecuniary gains. 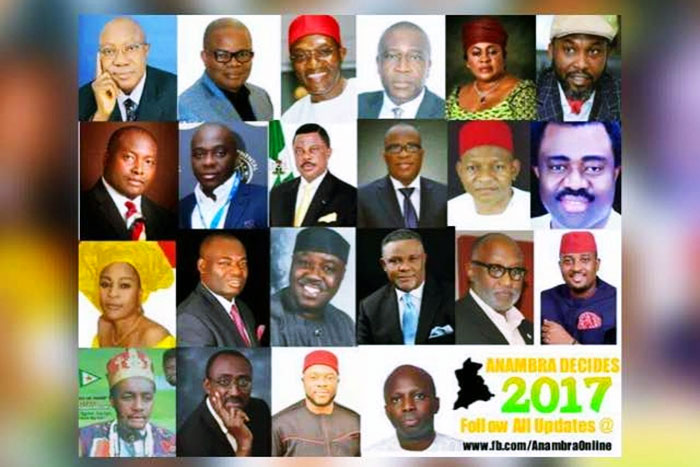 The crowded field of aspirants for Anambra state governorship post has now been winnowed down to a handful of likely successful candidates in the Nov. 18th off-season polls. It is, therefore, of consequence that Dr. Nwankwo picked Osita Chidoka as the best prepared and equipped to govern Anambra today if elected.

O several occasions, I have listened to a particular candidate in this election boast that “I MUST be the next governor of Anambra State – whether you like it or not”. I consider such boasts, not only as pedantic and rooted in medieval tyranny but also driven by desperation. Desperation is the hallmark of democratic dictatorship.

This brings me to the question of the readiness of the Independent National Electoral Commission (INEC) in conducting credible, free and fair governorship election in Anambra State. Even though INEC has at various times declared its readiness to do a good job, one is disturbed by the numerous claims by some of the candidates that the election has been concluded and that November 18, 2017 is a day set aside to put a seal of approval on what has been done. I hope this is not true. I wish to warn that Anambra people will not tolerate such charade. We will not allow any person or group of persons to turn Anambra State into a theatre of war. The debauchery that was perfected by INEC in Edo State cannot be replayed in Anambra State, neither can we tolerate undue militarization of Anambra political space all in the name of monitoring the election.

On a final note, I wish to remind our people that only us can enthrone the type of person we want as a governor; not INEC or any external power. Therefore, Anambra state should avoid violence. I am an elder statesman; a true son of Anambra State and the Igbo nation. I have played my part for the good of Anambra State and Igboland even at the risk of death and imprisonment. I cannot deceive our people. Anambra State deserves the best. The best is Chief Osita Chidoka. I urge Ndi Anambra to come out en masse this Saturday November 18, 2017 and install him as the next Governor of Anambra State. If you do this for me, I can, as Simeon in the Bible (Luke 2:29), declare and say, “Lord let thy servant depart in peace…for mine eyes have seen thy salvation”.