Africa Is Rolling Out Black Carpet for China: Mandarin Is “Official” Language in South Africa & Taught in Schools

As enunciated in the Ahiara Declaration of June 1, 1969, the three age-old scourges of the Black man are racism, Arab-Muslim expansionism and White economic imperialism. This declaration made nearly half century ago remains ever so true today as manifested in this YouTube video’s narrative. In Western societies, racism against Black people is shown in many disguised forms. But in China, racism against Black people are overtly shown in mainstream society. There are, for example, restrictions in parts of a Chinese city where Black people cannot reside and public places, such as night clubs and restaurants where Blacks are not allowed, irrespective of their earning power or educational qualification. Just as in the era of Segregation in the US, Black people found acting contrary to these restrictions are routinely told adroitly that they cannot reside in certain quarters or enter certain public places or use public utilities made to be used by mainstream society. Contrary to what obtains in the West, the Chinese legal system does not offer any recourse for whoever feel violated or dehumanized by these arbitrary discriminatory practices against Black people living in that country.

On the contrary, the Chinese traveling or residing in Africa and elsewhere in the African Diaspora worldwide are routinely offered red-carpet treatment. In south Africa, for example, the Chinese language, Mandarin, is taught in South African school system while the indigenous languages are not given that pride of place. This fawning behavior by Africans, both privately and officially, has given de-facto carte blanche to Chinese to do as they wish in many African societies and countries of the Caribbean where the local population majority are Black. Large tracks of lands are being acquired and sequestered by the Chinese people, often on behalf of their home government, in African countries like Congo, Angola, Tanzania, Uganda etc with the intent to put them to use for farming, mineral mining or even for future physical occupation by expatriate Chinese. Perhaps, this is the early stage of Chinese imperialism and establishment of overseas colonies in Africa and the Caribbean.

The video also broaches attitudinal disposition of Blacks in Africa and its Diaspora which puts them in perpetual socioeconomic disadvantage in comparison with the racial groups that have historically regarded the African with contempt and supercilious disdain. The narrator is of the view that Black people have failed to adopt the proper etiquette for new-wealth creation and retention of same within their own countries or communities.

Even the meager earnings of Black people are recklessly squandered by them in procuring goods and services produced or provided by other ethnic groups and races. There is also the tendency for Black people to indulge in conspicuous consumption so as to compensate for the respectable social status that are not accorded to them by mainstream society. US Black people, for example, own twice the number of Mercedes Benz luxury cars owned by Whites even though aggregate income of the latter is double that of the former. In a West African country like Nigeria which does not manufacture even toothpicks used by its own populace domestically, per capita ownership of luxury vehicles like the Mercedes Benz sedan cars and SUVs may be higher than what obtains in some European countries with buoyant and stable industrialized economies. 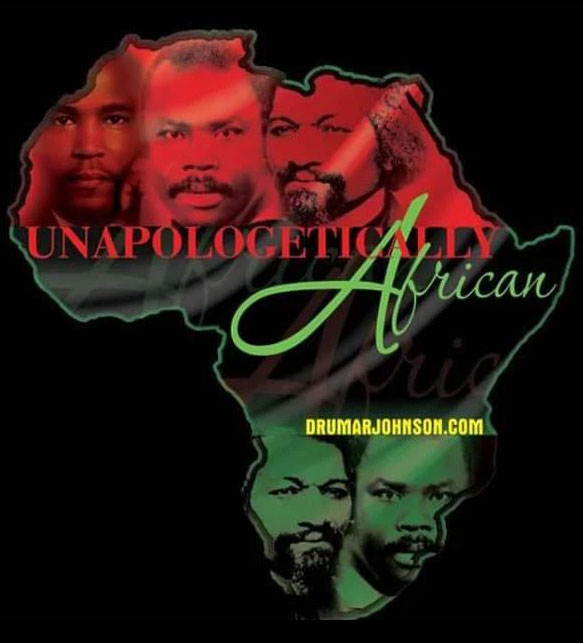 Dr. Umar is a relative of Frederick Douglas, a famous African American 19th Century abolitionist who was instrumental in freeing of slaves during the American Civil War.

The teaching in this YouTube video is that racism continues to constitute the greatest scourge for the contemporary African despite the nominal improvement in human rights as a universal doctrine that is uniformly applicable to entire humanity. The US government, under preceding presidents, had put pressure on Chinese government to stop the infringement of civil and human rights of its own citizens, but there has never been any mention of official or unofficial discriminatory treatment given to non-Chinese foreigners residing in the country as stated in this video. It is also instructive that Black people, as individuals and countries, are clearly not doing what are required to alter the current trends by adopting prudent economic management practices and judicious governance of their constituents.

The fact that a Jamaican head of state could mortgage the strategic economic interests of this and future generations by granting undeserved concessions to the Chinese government in exchange for personal rewards is a glaring illustration of the hopelessness of the African, whether resident on the African continent or in the African Diaspora. Now that the symptoms are well elucidated, Black patriots and nationalists must now come together to make the required diagnoses so as to begin mobilizing for the implementation of necessary remedial actions.

As clearly stated in the Ahiara Declaration, which was packaged in waning months of the Nigeria Civil War as principles of the Biafran Revolution, the task before the contemporary Black man is to “build a healthy, dynamic and progressive state” on the African continent and to deploy it as the focus for reasserting the self-dignity of all Black peoples worldwide. Until we can accomplish this, the Blacks shall likely continue to be victims of racial discrimination and persecution at hands of other more successful races in all parts of the world.