by Our Editorial Team

The notion of coalescing the geopolitical muscles of Igbo and Yoruba ethnic nationalities for mutual benefit is nothing new. In fact, in the colonial era, political actors of the time regarded the whole of Southern Nigeria as common home turf. Dr. Nnamdi Azikiwe (a. k. a. the Great Zik), as leader of the NCNC, led his party to victory in Western Nigerian House elections in the early 1950’s, even though mass carpet crossing by Yoruba defectors in immediate post-election period ended up conveying the majority of seats to the newly formed Awolowo-led Action Group (AG). Perhaps, that incident was the early beginning of acrimonious relationship between principal political actors among the Igbo ethnic nationality, who were mostly loyal to Zik and the Yoruba ethnic nationality, who were loyal to Chief Awolowo. Zik’s first bitter lesson on politics Nigeriana was to find himself and his party losing control in the Western House of Assembly which they supposedly had won during a hotly contested general election. To say that this incident contributed immensely in shaping political dynamics of post-Independence Nigeria should be considered to be an understatement.

Some level of uneasiness persisted in routine relationship between Igbo-dominated NCNC and the Yoruba-dominated AG until the ill-fated military intervention of January 1966. The inability to forge a unified geopolitical South did play in favor of the First Republic’s Northern Region which quickly became adept at manipulating the two Southern blocks in order to retain an upper hand in the emergent parliamentary federal republic. The rivalry that ensued between the Eastern and Western Regions was fundamentally a healthy one during the 1st Republic because it engendered competition toward regional development. Each region was trying to outdo the other and no one could overwhelm and dominate the other because the 1963 Republican Constitution assured regional autonomy on important matters.

Advent of the Civil War in 1967 saw the beginning stages of deep suspicions and distrust between political actors in the Igbo and Yoruba ethnic nationalities. It was understood, particularly on the Igbo side, that Yoruba leaders had verbally pledged to remove themselves out of the tottering Nigerian federation if the ensuing crises degenerated to the extent that Eastern Nigerians would opt to secede. Unfortunately, this so-called understanding of solidarity was never documented in black and white. It thus soon became a subject of debate which further soured the inter-regional relationship between the East and the West. It was not only that the Yoruba failed to pull out of Nigerian federation when Eastern Region seceded to declare the Republic of Biafra, but Chief Awolowo and his kinsfolk also made a U-turn and joined the military, economic and diplomatic conspiratorial coalition that ultimately asphyxiated the nascent Biafra Republic in January 1970.

The bitterness that lingers in the palate of the archetypal Igbo till date takes its bearing from the pronouncements and policy actions of the quintessential Yoruba leader, Chief Awolowo, both during the Civil War and of course, in the war’s immediate aftermath. These issues are well-known and thus, they don’t need to be rehashed here.

The Yoruba were seen as the main beneficiaries in sharing of the the civil-war booty in many aspects. As long as minders of the Sokoto Caliphate in the Arewa North had full grasp on the reins of political power at the center, they could care less about what happened elsewhere in the economic and bureaucratic governance of Nigeria which the Yoruba controlled almost exclusively for decades after the Civil War. For nearly half century after cessation of open warfare in the East, the Nigerian Eastern Economic Corridor (NEEC), which was shuttered at eve of the Civil War, remains closed as we speak. All importations into Nigeria have been channeled through the Lagos wharves, irrespective of the goods’ destination in the country’s hinterland. 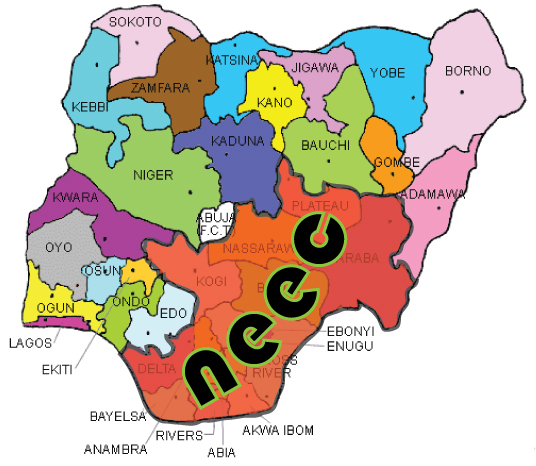 Shuttered Nigerian Eastern Economic Corridor (NEEC) abandoned in utter neglect by the Igbo political and business elite corps in preference for Lagos which is hundreds of miles to the west of their ancestral homeland.

For an import-dependent economy like Nigeria’s, immense advantages accrue to whoever inhabit close to the sole port of entry of imported goods without which life becomes torturous. Lagos already hosts two deep seaports at Apapa and Tincan Island, and the third one is under construction in nearby Badagry. Yet, there is no single functional container-capable seaport in the entire eastern Atlantic shoreline – from Warri to Calabar.

Consequences of this anomalous national development strategy abound. Lagos has now exploded into a sprawling megapolis with population that has since outpaced the existing basic infrastructure to assure civilized existence within the city limits and contiguous territory. Port facilities in the East have, somehow, been set aside for export of crude petroleum and natural gas from which the income to support the entire country, including Lagos, is derived. This is injustice crying to high heavens for immediate remediation. Even the operational headquarters of the multinational oil companies are all located in Lagos which is hundreds of miles away from oilfields of the Lower Niger and the associated coastal waters.

Exigencies of the moment demand an immediate rapprochement between the Yoruba and the Igbo. This fact is clear to all. But to do things right from the very beginning, there must be a plan and a well-understood schedule for revisiting the many historical wrongs perpetrated against Ndiigbo and their neighbors inhabiting the Lower Niger by a functional alliance between the Yoruba and the hegemons from the Arewa North in the past half century.

If deriving the ways and means to redress these injustices against the Lower Niger and its peoples shall be the core task of the standing Joint Action Committee (JAC) formed during the Handshake event, then one can have the reason to believe that the Enugu gathering of some Igbo and Yoruba political leadership elite corps can indeed turn an important page in historical annals of these two very vibrant ethnic nationalities, in particular, and the entire West African sub-region, in general.

Below is full text of press release following the “Handshake Across the Niger” meeting held in Enugu on January 11, 2018.

Communique – Handshake Across the Niger:

After today’s meeting of all strata of persons of Igbo and Yoruba origins in Enugu, the erstwhile capital of Eastern Nigeria, the conferees comprising leaders of the Southwest (SW), South East (SE), the Southsouth (SS) the Middle Belt (MB) made several observations and resolved as follows: 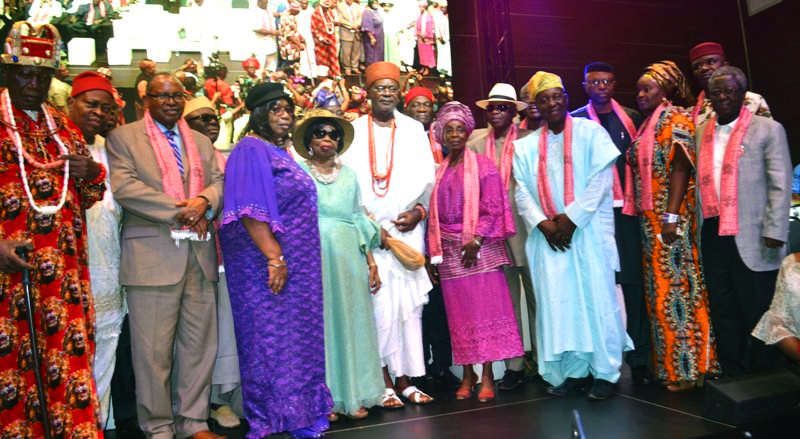 Igbo and Yoruba dignitaries were in attendance at the “Handshake Across the Niger” meeting jointly embraced by the Ohanaeze Ndii and the Afenifere. Igwe Achebe, the Obi of Onitsha, is in center front row (red hat).

B] Decisions and Commitments

In consequence of the fore-going, the conferees of the HS arrived at the following decisions and commitments:

We believe that the foregoing measures will reposition Nigeria to reach credible nationhood, attain its full potential and respect in the community of nations thereby enabling us to effectively lead the campaign for the political and economic renaissance of Africa and the Black race – the very goals for which the Zik of Africa and the sage, Chief Awolowo and a host of other founding nationalists lived and sacrificed so much. The conferees of the HS have, therefore:

i] Decided that today’s Handshake (HS) is not a one-off event, but only the first of a progressive and continuous re-socialization project that will, in short order, reach out to embrace other compatriots in the Southsouth (SS), Middle Belt [MB], Northcentral (NC) Northeast (NE) and Northwest (NW) zones of the country;

ii] Decided to establish a standing Joint Action Committee to drive this process, and to continually articulate fresh ideas and strategies to sustain the current zeal and momentum of mutual understanding and collaborative actions aimed at resuscitating Nigeria politically and economically in order to position her to earn her rightful place among the contending nations in the world.

The composition and mandate of the Joint Committee and its sub-committees, along with the full report of today’s Handshake, will be posted in due course.

Both Ohanaeze Ndiigbo and Afenifere leaders signed the press release.