Culture of Injustice, Mediocrity & Marginalization Must Be Addressed in Nigeria Sooner, Not Later

We Must Restructure Nigeria to Make It Locally & Internationally Competitive in All Spheres of Human Endeavor: Enough Is Enough – Says a Senior UK-based Academic

Dr. Israel Nonyerem Davidson, a senior academic at the Newcastle Business School, UK, through the platform of the nonprofit entity called Reclaim Your Country which he founded, has created this video as a conduit for introducing himself and his concerns regarding the state of the Nigerian nation with the public. As a highly skilled and well-exposed technocrat, his analysis of the deplorable state of things in the country is outstanding, if not exceptional. His communication skills are excellent. Substance of his speech is well-researched and organized. His elocution conveys a mastery of the issues under discourse.

Listening to this video, one is easily persuaded that Nigeria of today is indeed a failed state. His audience is also persuaded by the argument that the current crop of Nigerian politicians are all afflicted by the crippling trio of selfishness, incompetence and corruption (SIC) and thus unfit to be the same ones to depend on to derive the path forward and to implement the desired change. The presenter also conveys a sense of urgency which implies that solutions to the many current problems cannot wait.

To make better sense of this video, one is also advised to follow it up with the next video presentation at https://goo.gl/BxEnPV which delves further into the presenter’s background, motivation and antecedents. The video also further elucidates the nature of changes being envisioned by Dr. Davidson. Again, the listener shall likely become persuaded by the presenter’s powerful arguments and masterful delivery. He asks his listeners to get ready to become involved in a national redemptive endeavor captioned under the catchy phrase of Reclaim Your Country.

As much as the presenter attempted to pack in a lot of information and specifics in these two videos, there’s still a lot of gaps that shall surely confound some of his listeners. Dr. Davidson is scanty on the how’s of getting to the brighter future being envisioned and conveyed. Is the presenter’s intention to spearhead a political movement, align with any of the existing ones or to simply float a new political party in readiness for the INEC-scheduled 2019 general elections? The presenter sees the 2019 dateline and the framework for actualizing some of the things he envisions. The scheduled polling day in February 2019 is less than 8 months away. Time, therefore, is not on the side of the founder of the Reclaim Your Country endeavor.

Dr. Davidson admittedly is a technocrat – and a good one at that. He is no politician and he should know that too. He is an activist intellectual with many good ideas which, if properly implemented, can turn things around in significant ways. What we don’t know is whether Dr. Davidson’s grand designs for salvaging Nigeria, as intact unified nation state, has become overtaken by the rapidly deteriorating circumstances within the country. 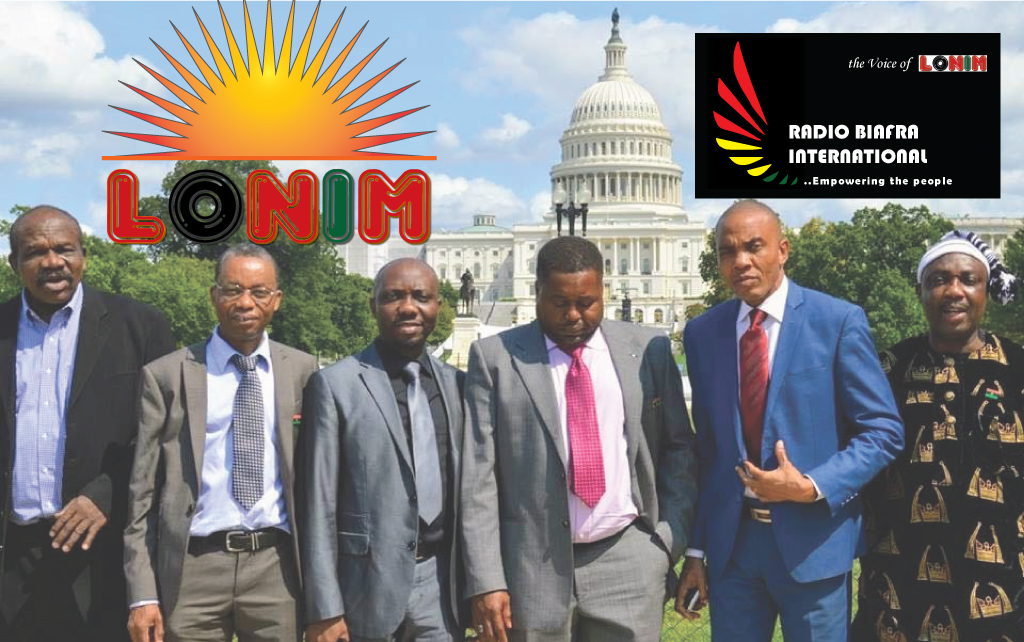 LONIM Road Map to self-determination is the only nonviolent and assured means to actualize the indigenous peoples’ dreams.

The Reclaim Your Country mantra was initiated and founded on patriotism, genuine intent and universal goodwill. Unfortunately, politics Nigeriana remains the 800-lb gorilla in the room. Dr. Davidson’s ideas, as he rightly stated beforehand, can only be actualized in a Restructured Nigeria. The grand designs and road map for actualizing the reclaiming of Nigeria must then take a back seat to the ongoing wrangling over the Restructuring saga.

The ambitious Reclaim Your Country endeavor, as attractive as it sounds, must be scaled down significantly and targeted at a narrower geopolitical scale, at least, at the very beginning. Affiliating with self-determination entities such as the Lower Niger Congress (LNC), Alaigbo Development Foundation (ADF) or the Lower Niger Independence Movement (LONIM) might offer the Reclaim Your Country initiative the operational grounding required for the visionary’s ideas within the target population.