Enyimba City Has Lost Its Glory: Who Will Cry for Aba?

Another video documentary on the various infrastructure and environmental challenges of today’s Aba (Enyimba City) by the Advocate (TVPlus Africa) comes in the heels of another gut=-wrenching narrative proffered by Maazi Ezeoke and Njenje TV. After taking the time to watch the two video documentaries, a few things come to mind of whoever are familiar with the Eastern commercial and industrial hub which many anticipated to evolve into becoming the “Taiwan of Africa” because of the hectic pace of industrial manufacturing that distinguished the city before the turn of the century. The commentators in these two videos concluded that Aba has lost its glory.

The video by PlusTV Africa went beyond the confines of Enyimba City to provide an overview of the status of road infrastructure, environmental management and socioeconomic amenities in the rest of Abia state. The summation is that everyday survival in the so-called “Gods Own State” is dismal for all, particularly the poor ones who lack the wherewithal to privately procure amenities and services that are routinely denied by the government and organized private sector. This video even noted that a paved highway linking Aba to the state capital, Umuahia, which has been under construction for decades but is still not ready for regular use. That the said road passes through the hometown community of the incumbent Abia state governor, Okezie Ikpeazu, does not matter.

Abia state, even though it is the leading oil-producing states of the Southeast, appears to be the worst-off in terms of socioeconomic infrastructure. Neither the supposed federal road network traversing Abia nor the ones built by the state are in a state of good repair. The Enugu-Port Harcourt Expressway and the main trunk roads that link Aba with Owerri and Ikot Ekpene, for example, are federal roads. But these roadways are ruined beyond redemption in some segments. What could be going on here? Does the barber’s sloppiness cause the shabby haircut or is the problem with the tools being used?

There is enough blame to go around, starting from the attitude of the citizenry, the nonchalance of the state government bureaucracy and the abject neglect by the overlords at the center in Abuja who control the purse string for funding everything that goes on in the country. This is a situation where a local problem does have remote causes as a decisive factor. Nigeria is nominally called a “federation”, but it is being run as a unitary state. With this type of setup, local problems don’t get taken care of until permission and funding authorization is first obtained from faraway Abuja. How does one expect that a bureaucrat in an airconditioned office in Abuja would be perturbed by the fact that businesspeople from the neighboring states of Akwa Ibom and Abia cannot transport their goods because of total destruction of the Aba-Ikot Ekpen road? The Abuja-based bureaucrat has no clue, whatsoever, what’s going on in the Aba metro area which is hundreds of miles away. 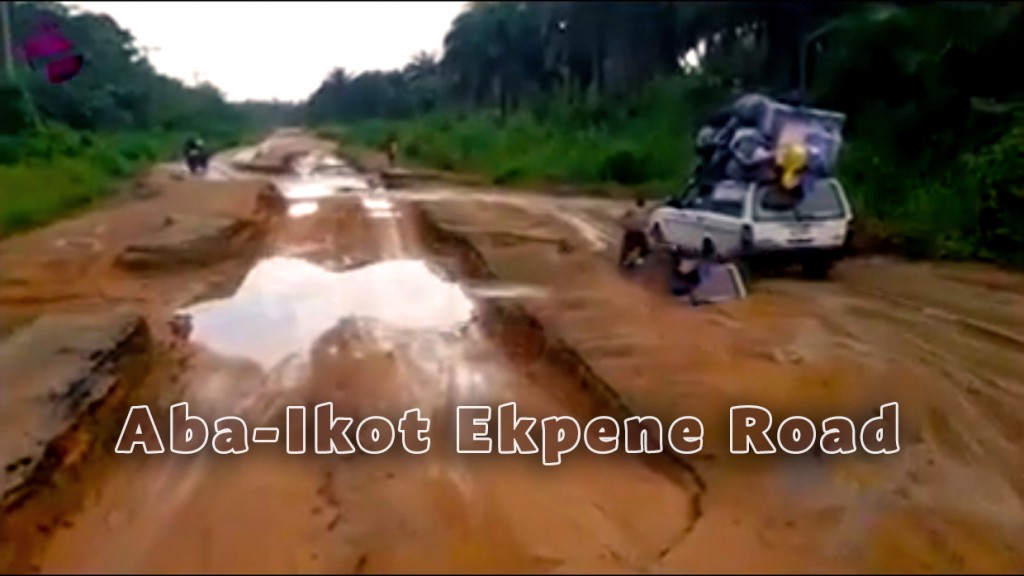 The roadway linking Aba with the nearest population center in the neighboring Akwa Ibom state is reputed for its state of permanent disrepair. Sections of the highway are totally dilapidated, thereby forcing road users to use to the extent that vehicles prefer to use the adjoining bush and farmlands as a bypass.

Some think that the Aba environmental eyesore, road infrastructure and socioeconomic amenities for Abia state ought to be taken care of by whoever governs the jurisdiction. The state governments in Nigeria depend almost entirely on the monthly allocations they receive from Abuja to funds all their needs, including making payroll. Because Abia state is made to be dependent on another remote source for its revenue, it is very difficult for local jurisdictions at the periphery to plan anything on a long-term basis. Since the system of remote control of resources promotes nonaccountability and graft by whoever handle the actual funds, not enough money is usually available to meet local needs after the intervening pilferage by corrupt government officials. It is logical that whatever a given state administration fails to do with the funds collected during its tenure is never regarded as a priority of the succeeding one. This explains why the environmental eyesore in the city of Aba has been getting steadily worse since the past three administrations of Govs. Orji Uzor Kalu, Theodore Orji and the incumbent Okezie Ikpeazu.

The solution to the problems confronting Abia and other states of the Southeast geopolitical zone, therefore, can not be said to be local in nature. Stated differently, the states at the periphery, since they lack the legislative authority over the control of their revenue generation, are in no shape to solve local problems sustainably. The first order of business must, therefore, include geopolitical restructuring in a way that can restore legislative authority and financial control to the states. As we speak, the subsisting 1999 Constitution has a 68-item Federal Exclusive Legislative list embedded within it. In simpler terms, there are sixty-eight items about which a state like Abia cannot make any laws, including roads, railways, airports, markets, business registration etc. Only the central government in Abuja can make laws about these existential needs of a civilized society, not the state assemblies where most of the problems actually exist.

The moans and groans of anguish emanating from residents in the city of Aba and the rest of Abia state shall linger for a while longer unless the citizenry wakes up sooner of from its slumber and choose to unshackle the distressed populace by either restructuring the current geopolitical setup to restore federalism or jettison the imposed fraudulent 1999 Constitution altogether. Aba residents and in fact, the totality of Abia state inhabitants should not anticipate any reprieve soon unless they first resolve to do the needful. As the saying goes, the handwriting is clearly displayed on the wall for all to see.