Each Time Chief Nnia Nwodo speaks, He Sounds Like A Spokesman for the Northern Establishment – Egbu

The names above, for those who don’t know, belong to two key organizations in the Southeast of Nigeria inhabited mainly by the race called Igbo. Ohanaeze is the umbrella cultural association of the entire Igbo people worldwide. The Independent [Indigenous] People of Biafra, IPOB, is a vanguard comprising mainly the new generation. They are seriously agitated by the marginalization which has been the lot of the people of Southeast since they fought an almost 30-month intense civil war and lost in 1970. Their answer to marginalization is secession; they want the Federal Republic of Biafra.

Last weekend, they were in the news and not for good reasons. IPOB went public with its warning to Ohanaeze not to hold any summit on restructuring in any part of Igbo land or face disruption. Ohanaeze, in return, threatened to invoke the strong arm of the law if IPOB goes ahead to disrupt any of its conferences. That is where they are. I must say that the altercation does no one any good. It is not good for the Ohanaeze, it leaves it with an image of an organization that is not astute and lacking in the ability to put its component parts under control. Ohanaeze president, Chief Nnia Nwodo, has done well this time with his admission that he doesn’t see any reason to go into any public war of words with the IPOB people and that is a right approach to take; I must commend that.

But I wished Chief Nnia Nwodo had followed this line of action long before now. It must be stated that some of his actions and utterances have been responsible for the discord that is brewing between both organizations, which ought not to be in the first instance. Nwodo lost grounds with his posture during the open agitations led by Nnamdi Kanu, the leader of IPOB. It was tactically wrong to see Ohanaeze struggling with IPOB over which of them is the pre-eminent Igbo organization. From my little knowledge of struggles for emancipation elsewhere, that should not have been the focus at a time the atmosphere was charged. Rather it was time those in leadership should show those special attributes that make true leadership what it is. I understand that Nwodo held several meetings with the leadership of IPOB and most of which ended on a deadlock. Possibly for that reason, Nwodo was infuriated. Those in such sensitive positions have a right to be angry, but it is not good to allow such anger to boil over and becloud sound rationalization and dent legitimate processes.

Nwodo allowed his anger to overrule him and it became a big concern for the entire Igbo race. As is common with Nigerian leaders, Nwodo may not have known what was happening, but a huge level of disenchantment was building up over his open berating of IPOB actions and his threats to proscribe the organization even before the thought of doing so came into the mind of Southeast governors. It was wrong for Nwodo to have visited the Sultan of Sokoto and some Northern governors at the very moment the Nigerian Army, led by Northern commanders, shot and killed his people at home. That tour was suggestive as it appeared very condescending. Nwodo has not helped matters by his utterances.

Each time he speaks, he sounds like a spokesman for the Northern establishment who the Igbo think are principally responsible for their woes. Nwodo, for instance, is categorical that the quest for Biafra Republic is a mirage and that it will never be gotten; and that agitations could result in war. He is never tired to remind Igbo that they have 11 million people in the North and another four million in Lagos alone; a blackmail often deployed by a section of the Northern elements. 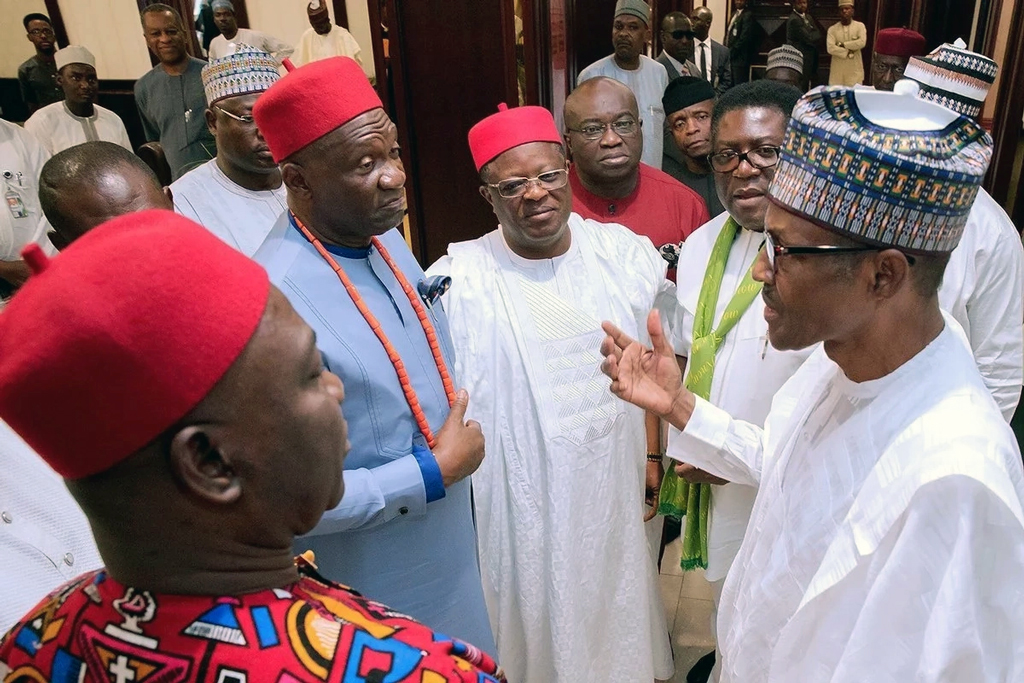 So, when Nwodo speaks, many Igbo see him as a brother who physically is with them, but his soul has since left them. Some others on the extreme part even think he may have been compromised. That is the dilemma Nwodo faces. Nwodo could be right in some of his positions but discretion, which sages have said is a better part of valor, should have taught him that as the President of Ohanaeze, it is not in his place to champion such positions. If he felt strongly about them, he should have used proxies to voice whatever he wanted and by so doing retaining the sanctity of his office as an impartial arbiter. Ohanaeze leadership should pick useful lessons from the Southsouth, Yoruba, and the core North. I watched PANDEV of Southsouth hold a rally in Yenagoa. The governors and every other important personality were there and one of the speakers was Asari Dokubo who lampooned the Nigerian state and even called for the creation of Ijaw Republic and everybody clapped. If it were in the Southeast, Asari would not have gained recognition let alone appearing there to become a key speaker.

In the Southwest, Gani Adams and his OPC have been there and recently Chief Adams was conferred with the title of Generalissimo of Yoruba race. Adams has never been harassed by Afenifere, the equivalent of Ohanaeze, neither have we heard their governors nor other political leaders demand that OPC be run out of town. Arewa Youths Consultative Forum (AYCF) has been talking and Boko Haram, on the other side, causing trouble. Many Nigerians hardly hear their leaders condemn them, let alone to call for punishment. By the last time I checked, some members of Boko Haram have been recruited into the police and army.

The question Nwodo, his Ohanaeze and the generality of Ndiigbo should answer is: what do the Igbo want? Is it unitary Nigeria, restructuring, Nigerian presidency or Republic or Biafra? What the Igbo want will determine the posture and the strategy. It is wrong for outsiders to tell the Igbo what they want or how to go about their issues. It is an insult when outsiders do so, especially when they have the effrontery to step into Igbo territory to do so. It is also time Igbo leaders be very selective of events they attend. Ohanaeze president and some of our first-class traditional rulers should not be seen in every event, they ought to know the mystery of rare appearances.

Published by The Sun newspaper April 8, 2018