East/West Rapprochement: Pulling the Igbo and Yoruba Together Can Uproot & Move Mountain

The recent meeting between the apex Igbo socio-cultural organization, Ohaneze Ndiigbo and its Yoruba counterpart, Afenifere, in Lagos was historic and highly commendable. Such regional meeting is necessary for better appreciation of each other. The parley is encouraged.

Being the first of its kind in the history of the two ethnic groups that dominate Southern Nigeria, the parley represents a watershed, indeed a turning point in the mutual socio-political emancipation of the two. It is a pointer to a brighter future; indeed, an indication that some good things are ahead. Pulling the Igbo and Yoruba together can uproot mountain. 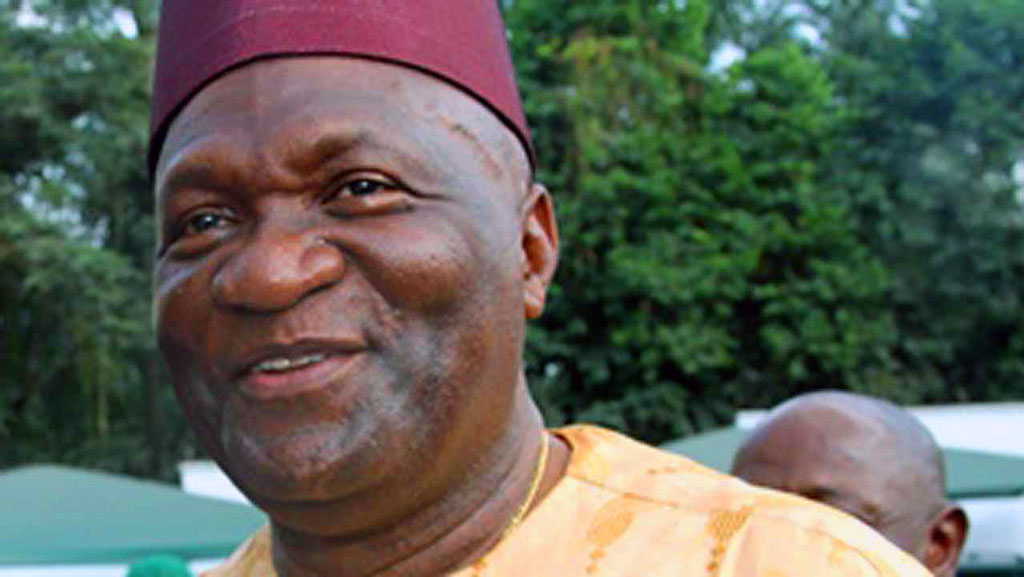 I believe that something good is coming. The parley should not stop but taken forward in the interest of the people and Nigeria, as a whole. It is only a one united South that can match the North to ensure balance and stability in the country. The North dominates the politics because the South is divided and unable to forge a common front.

Reports say the Igbo delegation was led by the new President-General of Ohaneze Ndiigbo, Chief John Nwodo, who many believe is the right candidate for the job. Ohaneze, I must honestly say, has been heard more without the positive action. Hopefully, Chief Nwodo is about to turn the table and make the organization pro-active. That would be wonderful. The Ohaneze delegation was received by Chief Ayo Adebanjo who represented the leader of Afenifere, Chief R.F. Fasoranti. 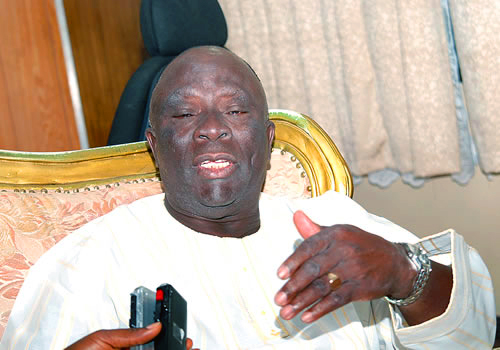 Chief Ayo Adebanjo, prominent 1st Republic Yoruba politician who has been a strong advocate for restructuring Nigeria back to the regional federalism of the immediate post-Independence era.

Nwodo reportedly said he decided to visit Afenifere first because it was the first organization that congratulated him after his appointment as the Ohaneze leader. The meeting should be more than that.

Expectedly, the meeting focused on several issues affecting the Igbo and Yoruba in Nigeria and how the organizations can work together for their mutual benefit. A decision was reached to work together in order to move the country forward.

The inability of the Igbo and Yoruba to forge a common front in Nigerian politics has been the bane of southern Nigeria that ought to dictate the tone in the affairs of Nigeria by virtue of its enlightened citizenry and resource base.

Unfortunately, the reverse is the case because of age-long stereotypes and mutual suspicion. The Igbo and Yoruba use derogatory epithets on each other. The Omo-Igbo, Ofemmanu are some of the labels the Yoruba and Igbo put on each other respectively.

Rather than edify, the two groups destroy each other and the North takes advantage to lord it over all of us. Curiously, each of Igbo and Yoruba groups, individually, prefers aligning with the North rather than pulling forces together to form a formidable political and economic movement. Rather than make headway separately, the two groups pay the price of foolhardiness. 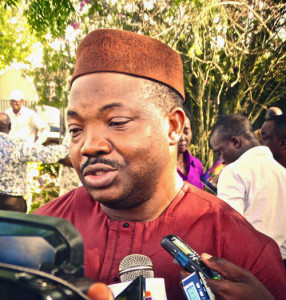 The distrust between the Igbo and Yoruba is historical. It started with the two founding fathers of Nigeria, Dr. Nnamdi Azikiwe, an Igbo and Chief Obafemi Awolowo, a Yoruba. Apparently, they laid the foundation for the mutual suspicion between the two ethnic groups.

Zik and Awo, two nationalists that fought for Nigeria’s independence, failed to mount the leadership of Nigeria because the two could not agree. With their level of education and international exposure, they were the most qualified to pilot the affairs of modern Nigeria at independence. But rather than support each other, they yielded to Sir Abubakar Tafawa Balewa, a Northerner.

The mutual distrust and suspicion explains why Zik founded and led the National Council of Nigeria and the Cameroons/National Council of Nigerian Citizens (NCNC), a formidable political party from 1944 to 1966 while Awo, in 1951, founded and led the Action Group (AG), another formidable counterpart political force in the Western Region. AG’s mission was to mobilize Western Nigerians to forestall the NCNC control of the Western Region. It worked and Zik lost in the Western House of Assembly.

The NCNC and AG contended with the Northern People’s Congress (NPC) led by the Sardauna of Sokoto, Sir Ahmadu Bello. The NPC had considerable influence in the Northern Region from the 1950s until the military coup of 1966. That was the party that produced Sir Abubakar Tafawa Balewa, Nigeria’s first prime minister at Independence.

If the two icons had worked together, perhaps, there would have been no Nigerian civil war; all the coups and counter coups that plagued the First and Second Republic may not have taken place; all the economic, social and political problems plaguing the country today wouldn’t have been there. The North would have assumed its rightful position in the scheme of things. 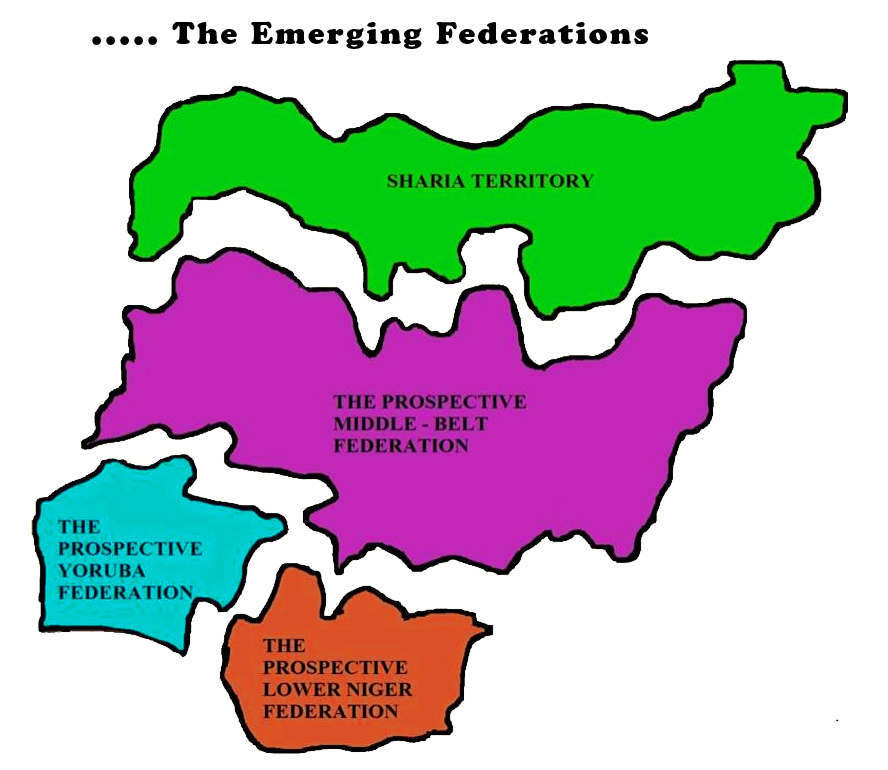 Whether Zik or Awo was the prime minister wouldn’t have mattered so long as the two worked together. Like I said, Awo was the cerebral philosopher that could have come up with a blueprint to develop Nigeria along the lines of Brazil and the Asian Tigers. But because there was no unity in the South, the country lost the acumen of the cerebral Awo and the technological spirit of the Igbo.

The same political self-misadventure seems to have taken place again when in 2013, the Action Congress of Nigeria (CAN), led by Asiwaju Bola Ahmed Tinubu, merged with the Congress for Progressive Change (CPC), led by Muhammadu Buhari and a few other parties, to form the All Progressives Congress (APC).

Buhari, who was made the presidential candidate of the party, won the 2015 general election against the incumbent Dr. Goodluck Jonathan of the People’s Democratic Party (PDP). The political fallout in which the Yoruba and Igbo are sidelined in the APC is the more reason why Igbo and Yoruba should come together to forge a new alliance ahead of the 2019 general elections. The jinx of mutual distrust should be broken.