I can feel the freshness of the wound;

I can perceive the blood of the hundreds of innocent civilians massacred by the Chief of Army Staff’s foot soldiers, at the behest of the presidency;

I can still hear the cries of these innocent blood; I can still feel the agony; they are all very fresh in my mind;

I can still hear the deafening sound of the sporadic gunshots that brought down innocent, defenseless and unarmed men and women, in the Home of the leader of Indigenous People of Biafra, Nnamdi Kanu. IPOB leader’s home and the entire ancient kingdom of Afaraukwu were desecrated by the ungodly monsters under a covert operation styled “Operation Python Dance”.

I remember vividly the last words of my client on this cursed day; it went thus: 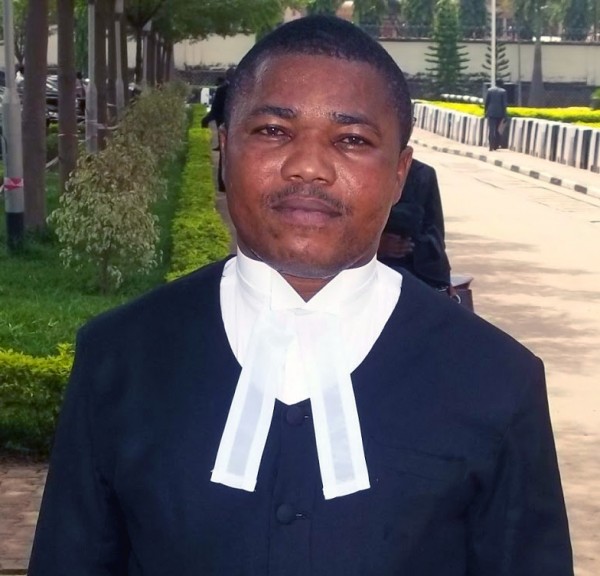 “Ejiofor, my house is under siege, soldiers are forcing themselves in, shooting at everything on sight, you can hear the sound of the sporadic gunshots from the background; please alert the world on the development in my house;

I can see it clearly from my room that they have gunned down many of my people downstairs, as they advance rapidly to my room; my life is no longer safe; tell the British government, USA and the world that Nigerian government should be held responsible if anything happened to me”.

The above, were the last few disheartening and emotion-laden words dropped by my client, Nnamdi Kanu, on the face of imminent danger; the danger that eventually took him away to a destination that has remained a mystery till today.

The invading soldiers massacred, butchered, killed every living thing on sight, and destroyed non-living objects in Nnamdi Kanu’s home before abducting him and his parents.

Political narratives created by the demonic government of the day to conceal the traces of this heart wrenching genocidal harvest of the blood of innocent and defenseless members of the Indigenous People of Biafra (IPOB), were neutralized by fate and destiny.

The recent discovery of about 58 (fifty-eight) decomposed bodies of members of the Indigenous People of Biafra (IPOB) in various forests in and around Afaraukwu kingdom is an attestation to the facts that this crime against humanity can never be swept under the carpet.

Today, these fallen heroes and heroines are remembered across the nation, it is indeed a time for sober reflection; it is a time for the United Nation, European Union, United States of America, United Kingdom, Israel, Russia and other responsible foreign governments to beam their light on this nation called Nigeria, particularly as the country’s security forces prepare for another round of genocide in the name of Operation “Python Dance” III.

Right to self-determination is a universal right recognized under various notable covenants and instruments of the United Nations. Article 20(1) of the African Charter on Human and Peoples Right domesticated under our law by the Ratification and Enforcement Act Cap 10 Laws of the Federation 1990 designated this right to self-determination as inalienable, sacrosanct and unquestionable.

This right can neither be suppressed nor taken away under any guise.

Nigeria Army troops crack down on IPOB followers of Nnamdi Kanu with large numbers of casualties among unarmed nonviolent youths.

We use this moment of sober reflection to once again call on responsible international organizations, foreign governments, United Nations, European Union, British Government and the comity of nations, to immediately activate possible diplomatic channel that would ensure prompt probe of this crime against humanity, and accurate inventory of murderous military onslaught in the home of Nnamdi Kanu and his whereabouts till date.

Today makes it exactly one year the leader of the Indigenous People of Biafra (IPOB), Nnamdi Kanu, was kidnapped/abducted in this bloody invasion of his home by the Nigerian soldiers.

It is our demand, that Nnamdi Kanu be immediately released by the Buratai-led military, wherever he is being kept.

By virtue of my last communication with my client before he was whisked away, I am under no illusion as to his whereabouts, the soldiers that took him away on the 14th day of September 2017, should give an account of where they kept him.

The era of hide and seek game is now over!!! These chilling facts can no longer be suppressed!!!