“Face of Okija” Underscores the Fact That Nigeria Has Been the Cradle of Indigenous African Culture – Prof. Lumumba

The Igbo Did Not Come from Israel: Israelites Moved Away from Alaigbo to Resettle in the Middle East – Opines the Erudite Prof. Patrick Lumumba of Kenya

Okija community in Ihiala Local Government Area of Anambra state, Nigeria hosted its fifth cultural extravaganza codenamed the Face of Okija, courtesy of the Obijackson Foundation. Obijackson Foundation was created by Dr. Ernest Azudialu Obiejesi, an Okija native, as a veritable platform for orchestrating his many philanthropic activities for his hometown and elsewhere around the country. Dr. Obiejesi is the Group Managing Director/CEO of the Obijackson Group, a conglomerate he has grown into a versatile indigenous entity, with interests in various sectors of the economy, including telecommunications and power generation. Nestoil, a member of the Obijackson Group, is arguably the foremost wholly indigenous EPCC company in West Africa.

Keynote speaker in the 2018 Face of Okija culture fest was Professor Patrick Lumumba of Nairobi, Kenya who is well-known for his incisive analytical discourse on sundry matters pertaining to the existential challenges of sub-Saharan Africa, in particular and the negroid race, in general. The erudite professor’s keynote address blended seamlessly with the event’s theme that features and celebrates the indigenous Igbo culture of the host who hails from Alaigbo. It is unique that such a culture fest was graced by the Oni of Ife, a Yoruba monarch who emblematizes his rich ethnic cultural heritage. Also present at the occasion was Chief Pete Edochie, a popular cultural icon who was the first person to act the role of Okonkwo in Chinua Achebe’s world-famous “Things Fall Apart” and a founding principal in the establishment of the Nollywood industry (Nigeria’s equivalent of America’s Hollywood film industry). 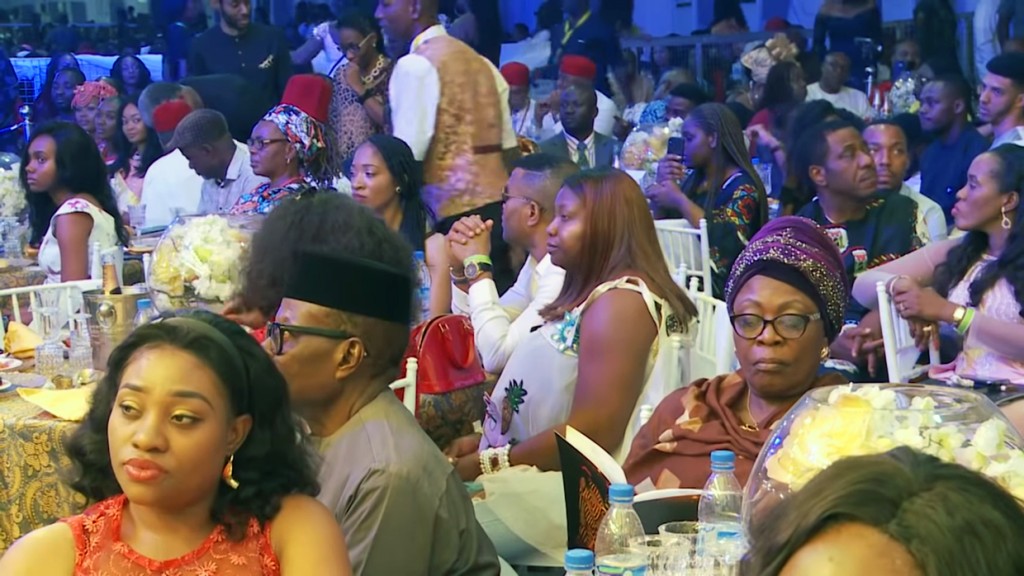 Part of the large audience that attended the 2018 Face of Okija cultural festival which featured Kenya’s Prof. Lumumba as its keynote speaker.

Prof. Lumumba feted the Igbo ingenuity in commerce and industry. He recalled the adage that the Igbo are globalists who are one of the most widely dispersed cultural groups on earth. The Kenyan guru stated in jest, “If you go to any land and you don’t find an Igbo, run away from that place because it is not a good place for human existence”. He acknowledged the literary giants that had emanated from the Igbo such as Chinua Achebe, Cyprian Ekwensi, Flora Nwapa, the Great Zik and others in the portrayal of the positive image of the Black African through the epochs. He thus concludes that the Face of Okija, a culture fest to depict the best of the Igbo people’s indigenous cultural heritage, to be a mere continuation of disposition that had its roots in the rich heritage of his hosts.

But he cautioned his audience to avoid being complacent or nostalgic of the past without projecting into the future. He referenced a Swahili adage which that he who does not recognize his culture shall eternally be a slave. He was emphatic and passionate in asserting that Africa is the cradle of humanity. The greatness of today’s Europe, North America, Central and South America, as well as the Greek and Roman civilizations, have their beginnings in the African continent. He had overheard some Igbo intellectuals argue that they originated from the Jews. To dismiss this notion, he asserts that Israelites moved away from Alaigbo to resettle in the Middle East and that the Igbo did not come from Israel as is being erroneously claimed.

Prof. Lumumba tells his audience to always stand proud of what they have and their past accomplishments as a people. By doing this, we are telling the world that we not children of a lesser God as some non-African cultures had attempted to characterize the African in the past so as to justify their wicked intentions and irrational morbid fear of the Black man.

He concluded his very informative keynote address with an oratory flourish that emphasized the urgency of the moment. African youths should not have to risk death crossing the Sahara Desert and the Mediterranean Sea in search of the so-called greener pastures while many parts of sub-Saharan Africa possess the characteristics of the Biblical garden of Eden. He sees post-colonial African nation-states as the 55 artificial boundaries put in place to frustrate and retard the developmental quest by the contemporary African. He sermonizes about the need for making the African continent and its peoples self-sufficient in food production, health care and industrial development required to take care of the indigenous populations’  basic needs. 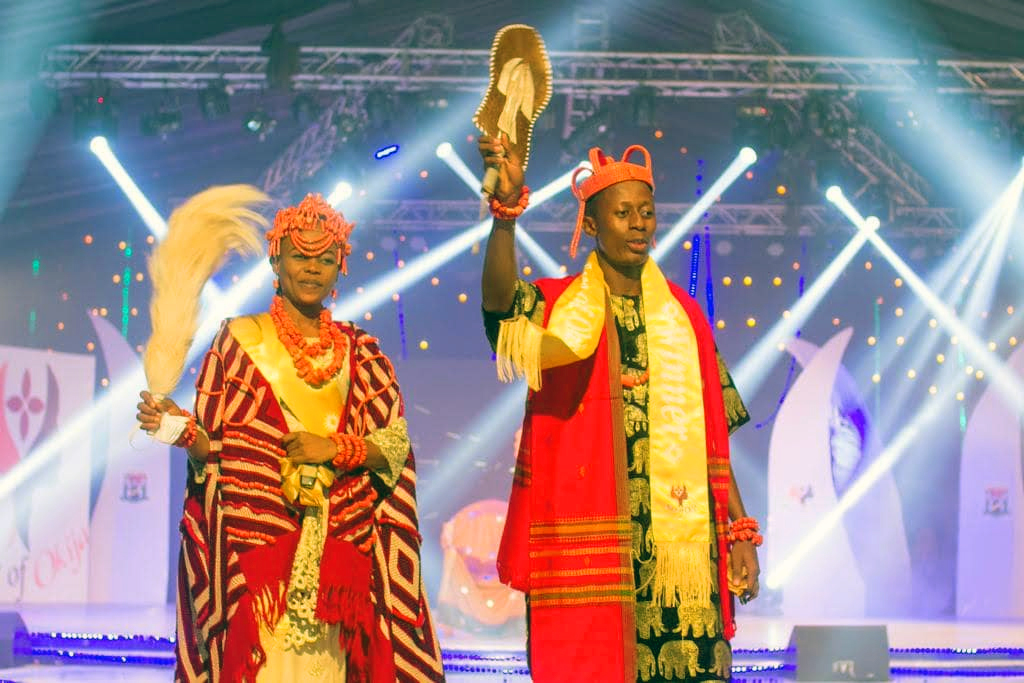 Live performances on state-of-the-art theater are regular features at the Face of Okija annual culture fest. It is increasingly being looked upon as a venue for sourcing formerly unknown talents who may subsequently become leading stars in the country’s film industry, Nollywood. Popular music artistes are featured on regular basis.

As usual, Prof. Lumumba’s speech has inspired his listeners and challenged them to cherish their rich cultural and material heritage in ways that show the rest of the world that we Africans are not the children of a lesser God than non-Africans who look upon our peoples as objects of pity and targets for exploitation and relentless dehumanization.

Challenge your relatives, friends and associates to listen to Prof. Lumumba’s speech at the 2018 Face of Okija cultural extravaganza. Kudos to the Obijackson Foundation and its founder, Dr. Ernest Obiejesi, for putting out the required resources for orchestrating this annual Igbo culture fest. May the Face of Okija live forever!