A coalition of Arewa youth has said that “the Yoruba are the most ungrateful stock in Nigeria”, in a statement signed on behalf of the group by Muhammed Shehu and Tanko Abdullahi, after an emergency meeting called by the coalition in Daura, Katsina State, on Tuesday, June 27, 2017. 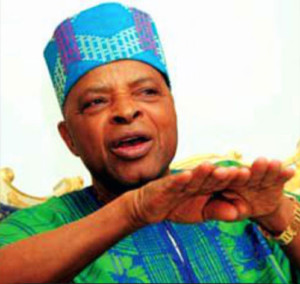 Alani Akirinade is a retired army general & veteran of Nigeria/Biafra civil war. He is a Yoruba nationalist and strong advocate for devolution of Nigeria.

In what may be the most inflammatory statement of the times, the Northern youth group, which said that they speak for the youth of Northern Nigeria, said “having given power to the Yoruba on a platter of gold in 1999 as a way of compensating them for the June 12 saga, it is quite worrisome and unfortunate that they have lived up to their legendary reputation of backstabbing and betrayal by supporting the divisive calls for restructuring or dismemberment of the nation against the will and desire of the North”.

“We gave the late Chief MKO Abiola the mandate in 1993 but shortly after that, as it is with the Yoruba as a culture, they immediately started circling around Abiola plotting on how to emasculate the North and strip us of every access we had to the politics and economy of this nation,” the Arewa group said in the statement which was e-mailed to The Trent.

“They had also raised a secret army of their elites to carry out these sinister plans against the North if Abiola eventually became president. It was this army that was unleashed on the nation in the guise of NADECO during the June 12 impasse.

“May we remind the Yoruba that without the willingness and magnanimity of the North, there was no way Abiola could have purportedly won that election, and that all the Yoruba have now as assets in the Southwest, especially Lagos, were given to them by our leaders out of our own usual magnanimity. However, time and time again, the Yoruba have always turned their back on us whenever their support is needed. They have chosen to pitch tent with the Igbo this time around just to spite us, but we shall not succumb to their antics.

Yoruba political leadership elite corps aligned with the ruling APC. The Yoruba, since the Civil War, have collaborated closely with the North in implementation of the Sokoto Islamic Caliphate’s agenda for rest of Nigeria.

“We are very much aware that all the attacks against President Muhammadu Buhari were planted in the media by the Yoruba and spread by southerners generally just to discredit the North in order to pave way for their son, Vice President Yemi Osinbajo to become president. But their plans will fail, insha Allah.

“We shall resist every of such plans and ensure, by all means possible, that the North completes its eight-year tenure and possibly even continue after then, and that the federal structure of Nigeria as it currently is, is not tampered with by secession mongers and their collaborators,” the statement concluded.