Kanem Borno resisted the evil plans of the Fulani to Islamize Kanuri people as the latter were already Muslims. There was, therefore, no rationale for the jihad. The only reason for the jihad, just as it happened among the unsuspecting and naive Hausa communities, was to enslave the entire Northern peoples.

Typical of some wicked Fulani leaders, once a Fulani but not all of them becomes the head of an establishment, he plots against other tribes and initiates killings.

IBB knew this and he with other Muslims overthrew Buhari, a full-blooded Fulani.

Abacha, a Kanuri dethroned the Sultan of Sokoto because Abacha to exert Kanuri superiority and independence from Fulani.

I want to blame Obasanjo and Tinubu who ignorantly allowed Buhari to become president. After Ahmadu Bello, there has not been any Fulani national leader except Buhari. The Fulani have a golden utopian dream of establishing themselves in at least 33 states of Nigeria as indigenous groups in the next 10 years so that they perpetually rule Nigeria.

They (Fulani cabal) know that Buhari is intellectually weak and therefore, a good tool to manipulate for achieving this bloody plan. Consequently, they are prepared to kill and ensure that Buhari is rigged back to power.

Atiku is not full-blooded Fulani, unlike Bamanga Tukur. Atiku is not trusted by the Fulani because he blends with Christians freely. He made Boni Haruna Governor and has married Christian wives.

The agenda is to take control of the security and oil/gas wealth of Nigeria. While this is happening, Buhari will be sold as an incorruptible and peaceful man.

Ndiigbo must not be deceived by Buhari with a porous promise of APC giving them presidency in 2023! Tinubu is a political neophyte unlike Obasanjo who knows the depth of the evil plot.

Allah forbids, but if Nigerians allow Buhari to return to power in 2019, killings will extend from Benue to Calabar, Port Harcourt, Umuahia and Abeokuta.

Benue, Taraba and Plateau people must be united against the coming pogrom in their states. What is happening now is just rehearsals of what will befall them if Buhari rigs himself back to power.

Tiv people must remain resolute to fight for their land. They should know that it’s a deliberate campaign to kill them and turn around and lie that it’s Tiv killing Tiv. 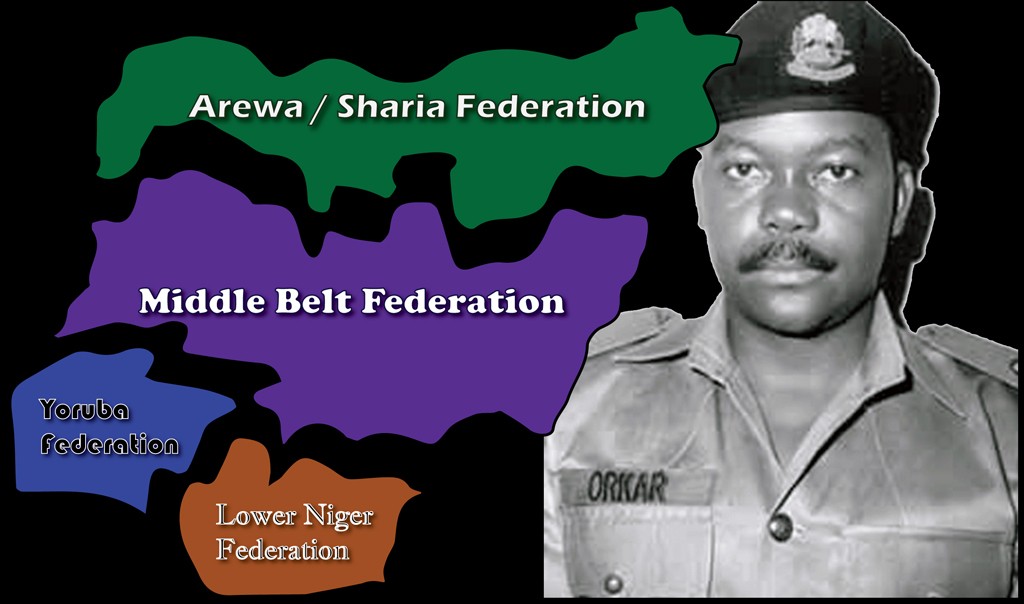 Major Gideon Orkar and his co-plotters envisioned a Nigeria that would be ridden of Fulani hegemonic rule by the Sokoto Islamic Caliphate. Should the 2nd Civil War happen, the ultimate outcome shall closely resemble what Orkar and his men had envisioned in April 1990.

Who is killing plateau people? Who is responsible for all the killings from Zamfara to Nimbo in Enugu state?

May I conclude that we the Kanuri are suffering from Boko Haram which is sponsored by Fulani leaders. How come Boko Haram is not attacking Sokoto?

Let us be united against this tiny tribe which uses Islam to mobilize ignorant smaller tribes in the North to kill others. We the Kanuri will not accept this evil.