I Promise Ndi Igboukwu That My Administration Will Work Strictly with the IDU Constitution; All Quarters, Wards & Branches to Do the Same – Vows New IDU PG, Christian Ike

Igboukwu community was abuzz with sundry activities during the past Christmas holiday. Soon after Christmas Day, communities’ business took over. Umunna, village and town meetings kept almost everyone pinned down close to home amid the many pleasantries of the season. Igboukwu Development Union (IDU), whose Executive Committee has been suspended in the past eight years, had scheduled a crucial end-of-year meeting on December 30, 2019 at the Ama Ekwulu Hall. Though the scheduled meeting was presumed to be the opportunity to bring a final resolution to the controversial IDU President-General (GP) saga, no one was cocksure that the impossible should happen and a new PG shall emerge at the conclusion of the December 30th meeting. Even though Mr. Christian Ike had gotten a favorable court judgment regarding the contentious PG issue, he never anticipated that he would be vetted, elected and sworn into office on that fateful day. So, he showed up at Amaehulu Townhall with his supporters – hoping for the best and, of course, remained anticipatory of the usual stumbling blocks to rear their ugly heads at the nick of time.

But, as fate would have it, the meeting progressed smoothly. The December 30th IDU General Meeting was indeed epochal; the lead combatants have unanimously resolved to sheath their swords and allow the inevitable to happen. Without much fracas, the new IDU Executive officers were elected into office, including the new President-General, Arc. Christian Ike. After swearing-in, no one was certain what the new PG would say in his augural presidential address. For one thing, Mr. Ike had no prepared speech since he was uncertain about his ascendancy to the exalted post as part of this General Meeting. But he did give an inaugural address whose highlights are bulleted below:

In the immediate aftermath of his election to become the new IDU PG, Mr. Ike expressed satisfaction that overwhelming feedback from the people sees his ascendancy as a positive development for the historical town’s overall welfare. He is humbled by the enormity of the challenges that face his incoming administration in many aspects. He hinted of his wish to continue and enhance upon the committee-administrative mantra, which was first introduced during his uncle’s (Chief V. C. Agwuncha’s) tenure as PG more than thirty-five years ago. He thinks that the Culture & Tourism Committee of his administration shall have a very crucial role to play in enhancing the cultural and socioeconomic fortune of our historical community. Top matters in his thoughts include the rundown status of the Amaehulu Townhall premises and the shortage of access roads, Nkwo Market and the provision of adequate security to lives and properties in all nooks and corners of Igboukwu. The first General Meeting to be convened by his administration shall be held in the latter part of February 2020.

Before departing Igboukwu to return to his operational base in Enugu, the new PG made a brief private visit to the Igboukwu Mission premises whee he was given an inspection tour of the SICA House under construction. He was astounded by the enormity of work already done in the SICA construction. He was particularly elated to learn that a solid plan is in place to complete and open the SICA House within the first year of his IDU administration in 2020.

SICA House shall serve as the administrative headquarters for the Shaw Institute for Cultural Art (SICA), an Art Gallery and Exhibit Halls, a modern Library (digital) and a Cultural Center (with a large Auditorium). SICA, an initiative of the North American branch of the Igboukwu Development Union (IDU USA), is the arrowhead of a carefully planned agenda to make Igboukwu and environs to become the culture-tourism hub for our part of the world. This envisioned transformation shall include the redesignation and structural redesign of the Nkwo Triangle to function as the true epicenter of modern economic activities that shall be comparable to what the famous Nkwo Igbo Market used to be in the times of yore. 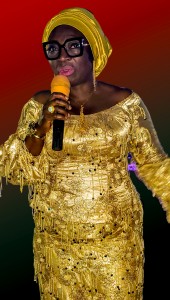 Senator Uche Ekwunife Thanks Ndi Igboukwu for Supporting Her

Equally noteworthy in Igboukwu’s sociopolitical reawakening was a colorful reception organized to enable Senator Uche Ekwunife (Ada Ugo Igboukwu) to meet and thank her many admirers and supporters at Villa Tropicana, Odenigbo Igboukwu’s residence in Akama Village, Ngo. The who is who of contemporary Igboukwu society were present to receive and honor our exalted daughter and the Senator representing Anambra central zone at the National Assembly, Uche Ekwunife and her entourage.

In response to a question from one of the guests at the reception, the Senator clarified that her priority today is to be the best senator possible for her constituents and little else. But she has been urged to throw her gauntlet into the forthcoming off-season governorship election in Anambra state. She dismisses the concerns of those who feel that intra-party zoning of elective offices prevents her from becoming a favored candidate because she hails from the Anambra Senatorial Zone. She reminded the audience that, although she is married in Anambra Central, her birthplace is in the South Senatorial Zone.

As a woman and bonafide daughter of Igboukwu, she has as much rights as any other person from the Anambra South Senatorial Zone. The erudite and eloquent politician reminded her audience that what mattered more is to assure proportionate representation for women in leadership positions and not just to foster the parochial interests of misogynists who grasp on any excuse to relegate the role of women and womanhood.

Amidst resounding applause, Senator Ekwunife promised to bring honor and development to her ancestral hometown, just as she does in her primary constituency in Agukwu-Nri and elsewhere in Anambra state. The Igboukwu elite corps gathered at the event vowed to always rally in support of their daughter whenever the occasion calls for such.

A special report from Igboukwu