I Worry About the Conspiracy of Silence & Illusion that, One Day, Another Election Shall Salvage Unitary Nigeria

Horror in the Kidnappers’ Den: Personal Narrative of US-based Nigerian Woman Held Captive with Her Family while Visiting Nigeria

It took me a long time of reflections to put this piece together. First, let me thank my husband for the emotional support, the counseling and for his belief in the creator of heaven and earth, which we call God or Allah.

The journey began in Auchi. We had traveled to Akure on a Monday, stayed with my husband’s relations in the outskirt of this ancient town. In the evening of Monday, we visited the palace for dinner, my husband being a close friend to son of the King.

On Tuesday, we left for Ibadan, via the Akure-Ilesa road. We planned that after attending the wedding in Auchi, we would travel with (my husband) to Lagos, stay for few weeks before returning abroad where I had lived with my husband and children for more than a decade. We were in the car of a close family friend, an accountant who gave his time and energy for our comfort.

We were five in the car, myself, my husband, our daughter, a lady who is my husband’s niece who had joined us in Akure with the hope of traveling with us to Lagos.

The driver accountant maintained an average speed. He drove professionally. That gave me a lot of comfort and I felt I could find time to sleep a bit. My daughter was next to me, just 9. She was coming to Nigeria with me for the second time.

Shortly after the Ijare junction, the driver felt the wagon’s tires ruptured and decided to pack the car with the hope of changing the tires.

It was like a film. In a jiffy, a mixed crowd of armed men in military uniform came out of the bush. They fired at the boot of the car. Ahead of us, five of them came out of the bush; another two came from the rear. My daughter screamed: “Mummy, daddy, what’s going on?” There was no time to say a word. They marched us through into the bush, firing into the sky. They hit me on my chest, hit my daughter on her head, blood oozed. At this time, it was better to kill me. I shouted at one of the armed men. His response was hell. He went straight for my private part, tore my dress with his gun. The others ripped my dresses. I was left with my undies. My husband and my daughter started crying. Two of them dug their teeth into my breasts.

While attending a secondary school in Adamawa, I had lived with some Fulani, so I understand a few Fulani words. I started pleading, at least for my daughter. To my shock, at gunpoint, they removed the dress of my little girl, one of them carried her on his head as my baby struggled, shouting “Daddy, mummy, what’s going on. Help me.”

I could not help myself. We were marched for 9 hours. I was half naked. My daughter was totally naked. I felt her tears were like a stream of blood on her cheek. Our phones had been seized. We ended up in an ungoverned region in the thick of the forest.  We met a well-organized group.

There were some kidnapped victims; I saw two women, two ladies and three men. There were some people with their legs chained to trees. They were as if half-dead. We were separated. I was separated from my husband. My daughter was taken away. I only heard her scream intermittently. I did not know what they were doing to her.

These men, now about two dozen had a full kitchen; they had a huge camp and a traditional medical team. But the camps appear isolated from each other. We heard noises afar indicating it might be nuclear settlements of camps. Right in my presence, I saw them pack the remains of a woman. They took her and buried her a few meters away from us. She had tribal marks.

I cannot describe the agony of 6 days in captivity in this little piece. I cannot talk about how they asked my husband to choose between myself being raped or that his daughter be raped. My husband broke down in uncontrollable tears. One of them hit him saying “Yoruba bastard, you dey cry. Idiot.” 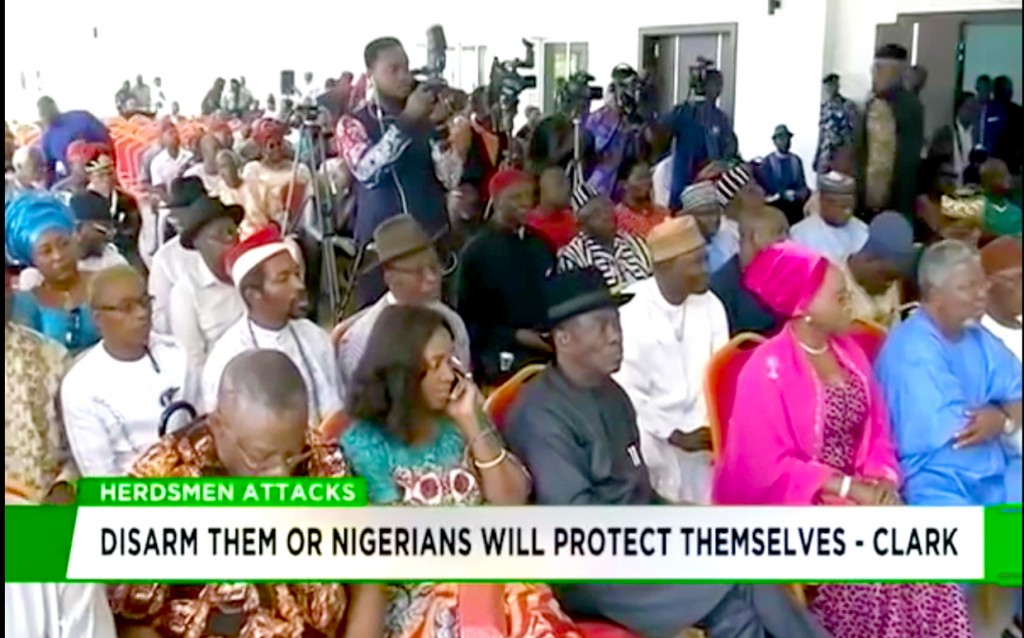 Nigerian constituents, especially in the South and the Middle Belt, demand that the Fulani herdsmen terrorist militia must be disarmed now or else.

They now gave him the option that he should be raped by one homosexual among them. My husband is a devout Muslim. He told them homosexual and rape of any kind was against Islam. They hit him with the butt of AK 47: “What do you know about Islam?”

You can imagine, you are being asked to choose between being raped by a homosexual, your daughter, just nine years old, or your wife being raped? They gave the fourth option, if you fail to choose, they would rape my daughter, rape my husband and rape me.

I made myself the sacrificial lamb.  My husband begged, saying they should name their price. One of them asked him to bend down. Three beastly criminals sat on his back, jumping until he was too weak to stand.   I was not allowed to put on any additional cloth on my body for 24 hours. The rain fell once. I became the relic and a sexual museum for the armed men who in turn addressed me and asked questions about my financial standing. New Fulani men joined the camp. They organized military training for the new Fulani men that came, teaching them how to shoot and walk through circles of a glowing fire.

We were not released until after six days. We had to walk the same zigzag journey back to the main road, our eyes blindfolded. During the negotiation to pay, they said the money was not for them alone that they had to settle “those who send us”. For me, I see a thriving, organized crime supported by powerful political interests.

Now, I do not think we were released to freedom after paying a whopping 8 million naira. I do not think we can ever be free, we can never be free, from the anguish, the psychological trauma, the nightmares we suffered, the occasional fits of our daughter, her waking up midnight behaving strangely, her asking the same question over and over: “Mummy, mummy, why?. Why.?” I do not have an answer.

In my life, I have never passed through a torture chamber like this. I do not think any society should let this happen. I do not know the fate of those we met, and about seven other people brought during the six days we were in captivity. What I saw was a nation that has collapsed but pretends she lives, a people on life support. Crime is not restricted to Fulani people alone. We have Yoruba criminals. But I don’t Yoruba criminals are not as beastly. These elements are savages. I can’t imagine Yoruba thieves going to Sokoto or Maiduguri to kidnap Fulani people and keep them in their own forests. It gives me mental torture that this is happening, and some fools are even trying to justify or look for excuses.

Well, as a devout Muslim, myself and my family have taken solace in Allah, not the Nigerian police, not the Army, not the governments. We have taken our faith the way it came. I thank God that we have successfully returned to where we live, thousands of miles from Nigeria. We thank God that we have made a vow: Never shall me, any of my children or husband in our lifetime visit Nigeria. Our remains any time we die, will also not be buried in Nigeria. It was a suggestion by my daughter which we all adopted.

I pity the country. I pity her people who continuously walk like the living dead. I pity those who parade themselves as leaders because they know nothing about what is going on and the abyss the country sunk already.

I pity Yoruba people, oh, I pity you. I pity my people. For me, the issue is not about President Buhari. Democracy can produce anything, even the worst in society. 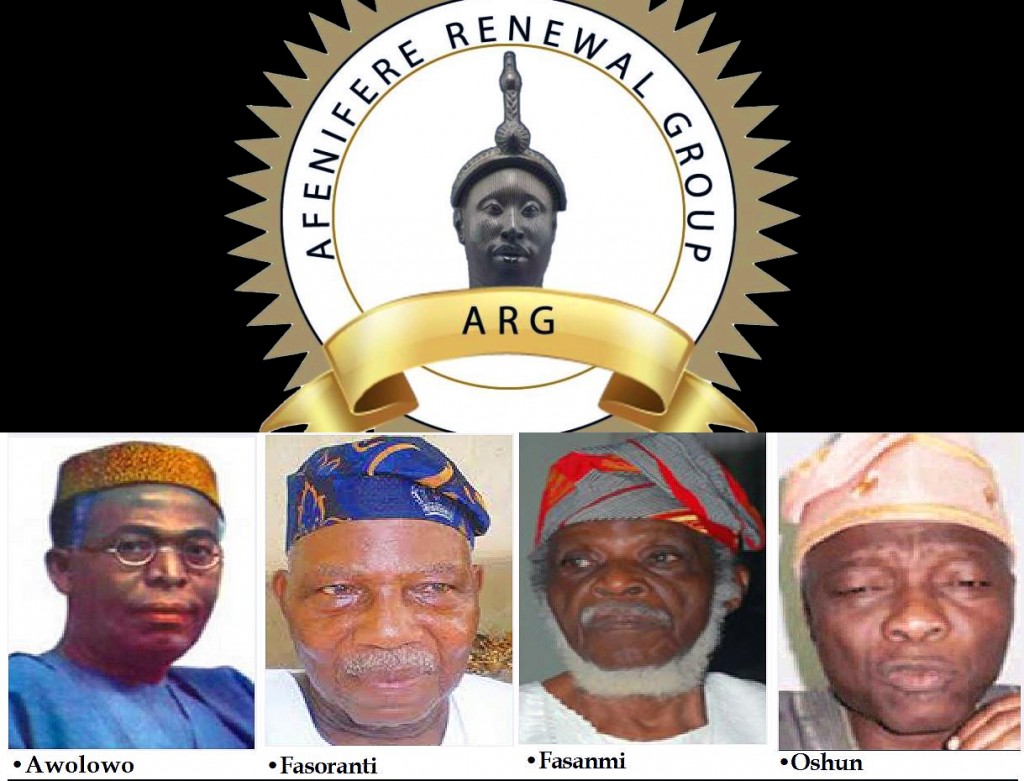 Afenifere is a sociopolitical organization for the Yoruba ethnic nationality worldwide. The Afenifere emblematizes the full essence of Yoruba nationalism.

What I worry about is the conspiracy of silence by the people themselves, the ignorance, the treachery and the illusion that one day, things will get better through another election.

Since I was born in Nigeria, each year had led from bad to worse and on and on. I do not have a solution to what is going on, but I think very soon, hell will let loose upon the earth as long as there is no law and order while anarchy and the rule by brutes is the order of the day.

Once again, there cannot be anything more comforting than my husband who saw what I went through but has been able to encourage me and even encouraged me to write this little piece after months of agony and sociological imbalance. Good night Nigerians.

(Copied from a forum of Nigerian Women in Diaspora)