by The Nation Newspaper 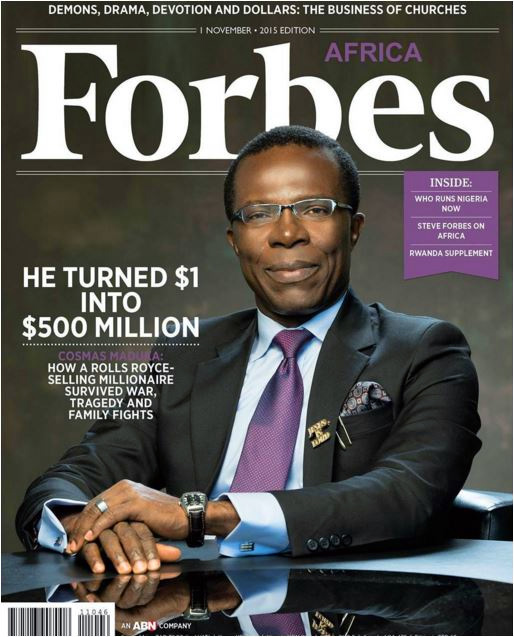 Anambra indigenes living in states outside the Southeast have been urged not to abandon their homeland, but assist in developing it and stop the habit of concentrating their investments on other people’s territories.

Maduka, who spoke on the topic: “Capitalizing on untapped opportunities in Anambra”, said his firm pays N450 million tax yearly and he personally pays N50 million yearly. He added that his state, Anambra, would benefit greatly from these monies for its growth, if he lived or was based there.

The renowned automobile and spare parts dealer added that all of the riverside areas of Anambra State are good for rice cultivation and that his Cos Farms, sited in the state, is in its second year of rice production and is about to bring an irrigation system that would enable it to harvest the product thrice a year.

The Coscharis boss told Ndiigbo to work towards the dredging of the Onitsha port so that container ships can berth there. According to him, Igbo importers were forced to take their operational headquarters to Lagos by the Federal Government’s decision to have functional seaports in the Western part of the country only.

Maduka expressed worry that rather than love Ndiigbo for their hard work and immense contributions to their host communities’ growth, the latter perceive them as people who want to dominate.

He advised Ndiigbo to stop the Biafra agitation, describing the Actualization of Sovereign State of Biafra (MASSOB), the Indigenous People of Biafra (IPOB) and Biafra Independent Movement (BIM)-led agitation as “unprofitable because Ndiigbo would always venture beyond their homeland.”

Instead of dreaming Biafra, they should invest their energy in service. “Money comes from service”, he added.

Civil Engineer Dominic Ekesi, in his contribution, lamented the neglect of vocational education, stressing that artisan and technicians are very relevant to the economy of any state. He cited the case of the founder of Fiat, who was just a mechanic when he went into automobile manufacturing.

He advocated the creation of venture capital for Anambra graduates who have entrepreneurial drive.

Prof. Pat Utomi of Lagos Business School called for the building of a megapolis stretching from Awka in the Southeast to Agbor in the South-South and another megapolis linking Aba and Port-Harcourt as additional centers of development to the Lagos-Ibadan axis, which Nigeria already has.

He said as an alternative to the long-awaited Second Niger Bridge, three road-tunnels can be built under the river linking the Southeast to three points on the Western side of the Niger.

The founder of Leap Africa, Mrs. Ndidi Nwuneli, in the lecture, drew attention to the discrimination the Igbo states faced in the distribution of housing and development grants.

Mrs. Nwuneli said she has noticed a pattern of giving a state such as Kaduna State grant worth 500,000 dollars per year and Enugu State just receives 50,000 dollars and Anambra State gets nothing per year. As a result, anytime she has opportunity of sitting in a granting board, she now asks “What is coming to Anambra State?” Every privileged Igbo should do likewise, she counselled. 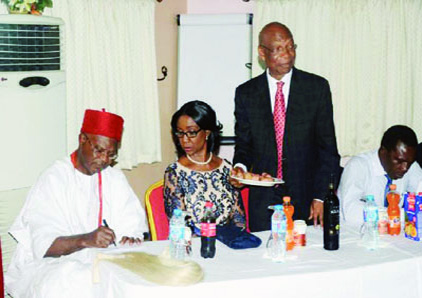 The chairman of the occasion and former President of the Nigerian Stock Exchange, Dr. Raymond Obieri recounted LAP’s services to the state such as promotion of unity, electorate enlightenment and election monitoring.

He noted that the League needed to maintain its secretariat, pay its workers and carry out the major activities.

He, therefore, called on those indigenous to Anambra to donate to the League because its activities require funds.

Contributing, LAP President and renowned chartered accountant Willy Nzewi asked for funds, stating that the League’s need for funds is heightened by 2017 being an election year when it has to play its needed role. “I will ensure judicious use of the money”, he promised.

LAP is an association of capable professionals of Anambra State origin that partners with government at any level to re-build Anambra State and Nigeria into a rich, modern and safe society.