In a Restructured Nigeria, There Shall No Longer Be the Need to Fight Over the Niger Delta Oil – OpEd

The Local Government, Being Closest to the Grassroots, Is Deliberately Made the Strongest Level of Governance in America

California generates much of its revenue from non-oil products. It found a way to absorb and domesticate much of the intellectual output from its premier university, Stanford University, into saleable products within its economy.

As a matter of fact, much of California’s economy is built around Stanford University. So, with this, Silicon Valley developed. I’m sure you’ve heard of Silicon Valley at least once in your life. Now with Silicon Valley came companies like Apple, eBay, Cisco, Lockheed, Hewlett Packard (HP), Google, Netflix, Facebook, Oracle, Tesla…and the list goes on and on ad infinitum. These are multibillion-dollar companies. The yearly budget of any one of these companies might be larger than the entire yearly budget of, say, for example, Akwa Ibom State. I’m talking about companies that are richer than other countries. They are all in California. But that is just in the technology industry where the technologies and inventions spewing out of Stanford are caught midair and converted to money-spinning enterprises.

But there is also the entertainment industry in California. Yes, Hollywood is in California. The US movies industry contributes about $504Billion to the USA’s GDP. Hollywood, as you know, contributes over 70% of that figure. The most iconic movie studios are in Hollywood. As a matter of fact, the “Big Eight” consisting of 20th Century Fox, Columbia Pictures, MGM (Metro-Goldwyn-Mayer), Paramount Pictures, RKO Radio Pictures, United Artists, Universal Studios and Warner Bros are, or were, all in Hollywood. These, again, are multi-billion-dollar companies generating revenue for California.

Despite the above, California also thrives on agriculture. As of 2014, California had nothing less than 77,000 farms and ranches raking in about $55Billion in revenue yearly. It produces over 400 agricultural commodities, a large chunk of which it exports. It is the leader in producing exotic fruits in America. Its wine industry is unique. California wine is drunk with relish the world over. I used to drink some too.

This is just one state in America. You see, California actually had a choice of sitting back and striving to get a piece of the revenue generated from Texas’ oil. It could have depended solely on Federal allocation to survive. Every month end, it will send its Commissioner of Finance to Washington DC to receive monthly allocation so that it can barely pay salaries of its workers and nothing more. Then San Francisco would resemble Ajegunle in Lagos. And there certainly would not be those beautiful sights and sounds that make California what it is today. But No, not California. Not America. California gives to the center and, because of its wealth, despises the idea of depending on it for survival. The Federal Government actually needs California to survive, not the other way round.

You see, America is structured in such a way that states must look inwards to exploit their wealth for the good of its citizens. There is no free lunch for the lazy States. There certainly is no commonwealth. But there is your wealth if you can create it. Under American Federalism, you are the captain of your ship. But again, you are also the waves upon which the ship will sail. That is America. The local government, the government closest to the grassroots, is deliberately made the strongest level of government. Items like Variances (adaptation of state law to local conditions,) Public works (yes, public works!!), Contracts for public works, Licensing of public accommodations, Assessable improvements, Basic public services are all left for local county governments to handle.

Nigeria, on the contrary, will never do well unless we restructure. We pretend to have a federal system, but we are actually operating a unique form of unitary government, and it is weighing the polity down. Can you imagine a country where the school curriculum is regulated by a national central body and states have no powers to vary or amend their curriculum? So, if the rest of the developed world is light years ahead in what they teach their children from primary schools, and our Minister of Education has absolutely no clue, the states must be burdened with antiquated school curriculum until such a time (if we are lucky, before rapture perhaps!!) that we have an Education Minister who would realize how far behind we are and bring the curriculum up to date? 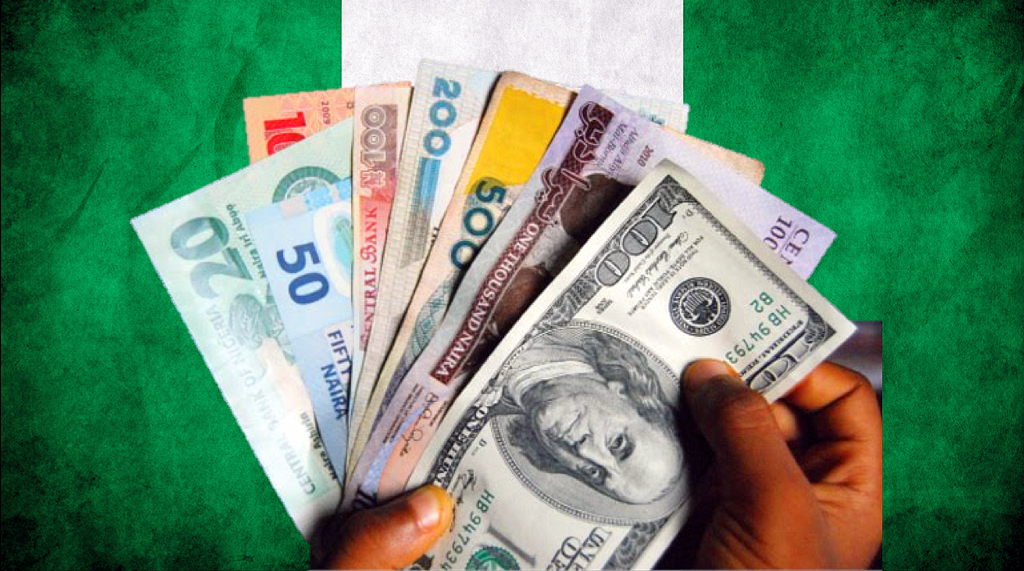 Naira precipitously depreciates since Buhari’s presidency. Freefall is accentuated by the global drop in the price of crude oil. In the last 40 years, the naira exchange value has depreciated thousand times relative to the US dollar.

Just take a look at the science curriculum for grade students in advanced countries and you would cry for Nigeria. I recently read of a high school in Japan that has amended its curriculum to include robotics and drones technology. IN HIGH SCHOOL!! But our professors here don’t have a hang of Robotics even! Students are still taught the very prehistoric rudiments of physics and chemistry in our schools. And this is even in the few schools that teachers and students still meet in the classrooms! For the few public schools that are lucky to have labs, all you see are miserable nameless creatures trapped in formalin, to which nobody ever pays attention. These creatures suffer double jeopardy, having suffered the first misfortune of being caught and preserved in formalin in Nigeria and then thereafter completely ignored, even in death! And because the control of our curriculum is central, there is nothing states can do about this.

You would think this is not a problem until you understand that Nigerians spend over ONE TRILLION NAIRA every year to study abroad. You see, the reason why you have Cambridge, Harvard, Princeton, Yale, Oxford, etc., is not only for the academic excellence of the citizens of the countries which have these schools. No. They invest in their institutions so that they can earn revenue from foreign students from countries like Nigeria, which has destroyed its educational system. Abroad, schools are so important to society that the economy, business and lifestyle of whole cities and even states completely depend on or revolve around schools.

What would the city of Cambridge be without Cambridge University? Or Cambridge, Massachusetts, without Harvard University? These cities depend on these universities to survive. And imagine that Nigeria had invested in its universities and was earning $1billion dollars a year from foreign students seeking to study here. who would be fighting over oil in the Niger Delta? How many cars manufacturing companies would we have in Owerri near FUTO, where students are constantly doing and selling their research products to burgeoning engineering and manufacturing companies?

Recently, three students in Sweden conducted research and came up with a product that could improve wear and tear on tires. The product became so successful that Volvo had to partner with these students to patent the product. Now when this product hit the world stage, can you imagine how much revenue Sweden would earn from these products? Please, do your research; most of the world-class products we buy today off the shelf, at great cost, were invented by university students. As you are reading this, do not forget that without Harvard University, there would not have been Facebook, and this interface would have been impossible.

But our students in Nigeria are not entirely without inventions. We invented the Pyrates Confraternity, the Black Axe, the Eiye, the Vikings and what not!! Students resume school with guns and bullets rather than books and scholastic ideas, as though academic institutions were a war college. Lecturers fly colors, as do students. And when the turf war begins, people die in droves.

But States can do nothing about this because some of these institutions are controlled by the Federal Government. Even for the ones controlled by states, you still can’t do much because the security apparatus is controlled by the Federal Government. The Federal Government will provide or withdraw security from the state, depending on whether it is happy with the sitting Governor. So, every year, all sorts of characters are vomited from Nigerian Universities to take their place in Nigerian society. So, you have Judges, Lawyers, Engineers, Doctors and so forth whose first and primary allegiance is to their cult group, before the country. The multiplier effect of this is a treatise for another day.

But suffice to say that as long as this problem persists, let’s forget about Silicon Valley in Nigeria because there will never be a Stanford University here to provide an infinite supply of ideas and prodigies to feed the invention’s value chain!

Nigeria cannot wake up from its slumber today because it cannot lift its head. The entire weight of its existence is concentrated in its head. From the viewpoint of the government, the weight is In Abuja. From the viewpoint of revenue source, the weight is in the Niger Delta. We need to urgently restructure and evenly distribute these pressure points and weights to diffuse tension in Nigeria.

We need to revisit the Exclusive Legislative List in the constitution and systematically reduce the responsibilities of the Federal Government vis-a-vis the states. Resources have to be handed back to the states that generated them but place an obligation on each state to contribute an agreed percentage to the common federal purse to service obligations of the Federal Government. There is no reason Education, Policing, Prisons (only people convicted of federal offenses should go to federal prisons!!), Ports, Inland waterways, natural minerals, even marriage (yes, the English form of marriage!!) and so many other items should be the concern of the Federal Government. We will never develop with such weight that weighs us down at the center. Nigeria can never raise its head in the comity of nations because of the sheer weight of the head. 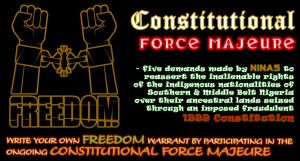 The indigenous nationalities of Southern and Middle Belt Nigeria have proclaimed a Constitutional Force Majeure with the goal to bring down the 1999 Constitution on December 16, 2020.

There is more to say, but scarcely any time. But to emphasize the point I’ve been laboring to make, shall I say again that there is absolutely no reason or need to fight for oil in the Niger Delta. There are so many things that can bring more revenue to states in Nigeria than oil. South Africa has no oil, but it has gold and is richer than Nigeria. Let us fight for a system that will promote both equality and equity. Let us restructure Nigeria.

My Name is Fidel Albert and #IStandForARestruturedNigeria.