Fire disaster is the worst evil that can befall any human being or community. Flood will destroy some items, wet others and leave the rest for you.  Even the 40-day rain still left Noah and his diverse co-travelers. Armed robbers and kidnappers can take some cash and valuables and at times, take some lives. But they cannot go away with your house, certificates, pictures, clothes brooms plates and cooking utensils. Fire, on the other hand, is very voracious, avaricious and gluttonous. It is never satisfied unless it finishes EVERYTHING on its path or unless it is stopped by force. It did not start today because that was the case in Sodom and Gomorrah! I am still short of words on how to describe what happened at Onitsha last week (16/10/19). People came out that morning with their plans for the day, the week and even for the Xmas season. Some were just passing by and were on their way to the rowdy Lagos Park.  Some were hawking this and that while some might have sneaked out of school and were on their way to visit this or that person. Some had even gone to Upper Iweka to engage in major and minor criminal enterprise.

And then, the tanker of death came calling and that was it.  For me, the most harrowing memories  were of that young lady who, even at death, was still clutching her child, an evidence of that inexplicable bond between mother and child; that young man who had borrowed to restock his shop that morning and who looked totally lost in that viral picture, and the woman who lost her house and two warehouses to the insatiable inferno and who was still wondering whether it was  a dream or a real-life experience.

Perhaps, this was our own version of the famous Chicago fire of 1871 in which about $200m was lost or an encore of the Arriaria market disaster, for which Oliver De-Coque waxed a record about 30 years ago.

And it appeared that the ‘spirit’ of fire had escaped from wherever. While that of Upper Iweka lasted for two days, and while it was still smoldering, another one happened at Omagba Phase 2 – less than 2 minutes away from Upper Iweka (17/10/19). While that was a ‘small’ one and was readily contained, it reportedly consumed 8 houses and 22 cars.

Within that period, another fiery spirit visited a hotel at Nnewi, claiming three lives while about 300 shops were destroyed at the famous Santana market in Benin.

Back to the Upper-Iweka inferno. It was caused by the tanker of death. Suddenly, fuel tankers have become agents of death, wreaking havoc on people and properties all over the country. The fieriest of late was that of Otedola Bridge.

We have had fuel-laden tankers over the years, but the rate at which they cause fire outbreaks today has become alarming. What has suddenly gone wrong? Are the tankers no longer road-worthy (even though our roads are not vehicle-worthy!)? 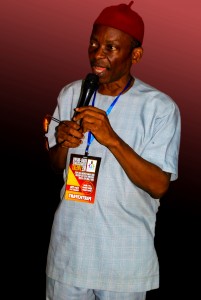 What type of drivers are in-charge of these ferocious agents of death? An increasing number of teenage drivers have suddenly become the favorites of haulage companies, unlike the days of yore when oldies, who have seen enough Christmases’ were in charge. What happened to the owner-drivers of earlier fire-spitting tankers? To what extent were they insured and to what extent have the insurers fulfilled their responsibilities? Sometimes ago, all independent fuel-stations in Ekiti State went on ‘akshion’ (strike) because Gov. Fayose had insisted that all of them MUST be insured!

Why were the state and federal fire outfits missing in action on that day? What arrangements did the traders make for their self-preservation? What did their leaders or dealers do with the humongous amounts they collect as levies from their members?  Must it take this level of disaster for the state government to ‘do something’ and what has the Federal Fire Service said or done about this disaster? These question touch on sundry issues surrounding the Onitsha inferno. But it is obvious that there was unpardonable institutional failure.

Already, the politics of solidarity visits have started. But my concern, for now, is the conspiracy theory of what would happen after the dust has settled. It is obvious that the market will be reconstructed, and the question is: what is the fate of the current shop owners? There was a time when market fires became so rampant in Lagos that people became suspicious because fire incidents were usually followed by change of ownership of the markets. A very typical case was that of Tejuosho Market which I commented on as follows: ‘After the last fire incidence (2007 or thereabout), the Government decided to modernize the market and probably deal decisively with the ‘spirit’ of fire outbreak. The government also promised to protect the interests of the displaced traders.

Now, the market is ready for lease and the cheapest shops have been priced at N7.56m by TPDC Limited. Before the fire, the rent in the market ranged from N60000-N120,000, depending on size and location while outright purchases went for N1.2m-2m. Traders, most of whom were not able to pay N1.2m for outright purchases in 2007, are now being asked to pay N7.5m for 25-year rent! And what value of window blinds and accessories will somebody display and sell in a N7.5m shop in order to make his efforts meaningful? (Ik Muo (2009) Lagos: The Social Cost of Transformation, BusinessDay, 30/11/09).

I learned the same scenario is playing out in two markets in Port Harcourt. I hope nobody tries that ‘nonsense’ at Onitsha or even at the Santana Market, Benin. If the government involvement in reconstruction is a strategy to dispossess the current traders, let the government just set the standards and let the shop owners and landlords rebuild their stalls.