We May Shift 2019 Polls Over Threat of Violence – INEC

The Independent National Electoral Commission (INEC) hinted yesterday that it might be compelled to suspend the 2019 general elections following threats to violence by some politicians in the country. Chairman of the commission, Prof Mahmood Yakubu, who stated this, was reacting to some disturbing videos of political campaigns in the social media in which some politicians are seen threatening to shed blood. He spoke when he received a briefing from the Resident Electoral Commissioner for Osun State on the progress and the preparedness of the forthcoming governorship election in the state. 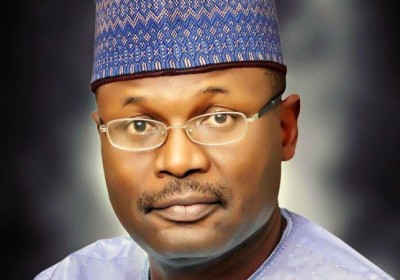 Dr. Yakubu Mahmood is the Chairman of INEC which is responsible for the conduct of all elections in Nigeria.

Noting that recent developments and signs in the country’s political landscape calls for greater vigilance. Yakubu asked politicians to conduct themselves in a peaceful manner. The INEC boss who observed that election can only hold when there is a secured environment said, “In fact, the Electoral Act, especially section 26, empowers the commission to suspend election on account of violence or threat of violence. “So, we will continue to partner and continue to work with the security agencies as we approach the 2019 general elections. Our meetings are going to become more frequent and regular”. Yakubu explained that the synergy between the electoral body and security agencies is crucial for the 2019 polls in order to secure the environment for the conduct of the elections.

Insisting that there is no way election can be conducted except the nation maintains order, peace and progress, he continued: “Elections cannot be conducted in an atmosphere of rancor. So, we share this great responsibility with the security agencies. A good election is good for this country.  A bad election is a recipe for disaster; we don’t pray for it. “So, let us continue to work together to anticipate the challenges and address the challenges because we have the capacity to do so. The nation expects we should do so and once we do so, there will be fewer problems during elections”.

On the viral video in the social media containing a political campaign that tended to have defiled decent process, Yakubu said it calls for greater vigilance. He stated: “We see statements by some of the political actors captured and circulated nationwide via social media platforms. It is something that the security agencies need to put an eye on because if we allow this to pester, it will encourage those who may wish to do some destructive actions or feel encouraged to do so. “But if we take immediate action, I think we may be able to stop them and further secure the environment for us to conduct free, fair and credible elections”.

Yakubu further noted that between now and March 2, 2018, the most important activities in Nigeria will be the successful conduct of the 2019 general elections, adding that the most important issue for the commission now is the Osun State governorship election, which is billed to hold in the next 11 days.

On his part, the National Security Adviser (NSA), Major General Mohammed Babagana Monguno (rtd), yesterday warned security operatives against any form of compromise in the 2019 general elections, saying acts of complicity will be decisively dealt with. The NSA, who noted that the forthcoming elections, especially the 2019 general elections, must be conducted in a manner that the wider Nigerian society will be happy, said the international community should be able to perceive the country in a very positive manner. Speaking at the Inter-agency Consultative Committee on Election Security held at the INEC headquarters, Monguno said that the 2019 general elections will witness full enforcement of electoral laws. He disclosed that security agencies are working with INEC and relevant stakeholders to arrest and prosecute vote buyers and those who engage in ‘dangerous’ political campaigns. The NSA stated: “Anybody involved in complicity in any situation will, of course, have to bear the consequences on his own. It is very important for you to pass this message down the line to all your operatives. “Any collaboration or complicity by any of your staff will be viewed with all seriousness it deserves. I need to stress on the need for us to deliver on our mandate in a very responsible manner, demonstrating our democratic values and professional ethics.

“In terms of capacity building, it is our intention to continue to build on whatever we have to receive from our formations and understand that there would be election security seminar which has been slated for 11 of Oct. “The idea is for us to streamline all areas that need to be looked at and begin a training session for all security operatives who will provide security during the elections. Of course, there are codes of conduct for the conduct of all security agencies and we will all be held responsible for any infraction during elections”. The NSA told the representatives of various security services that it is also important for security personnel to understand that operating outside the confines of the law will be viewed very seriously.

He continued: “The forthcoming elections, especially 2019 general elections, have to be conducted in such a manner that not only the wider Nigerian society but indeed the international community should be able to perceive us in a very positive manner. “Excuses, of course, will not be tolerated.  It is a truth that we are all trained personnel. Already we have started witnessing a different type of atmosphere regarding preparations for elections, in terms of utterances of individuals, which are not healthy for elections and could incite the public”. 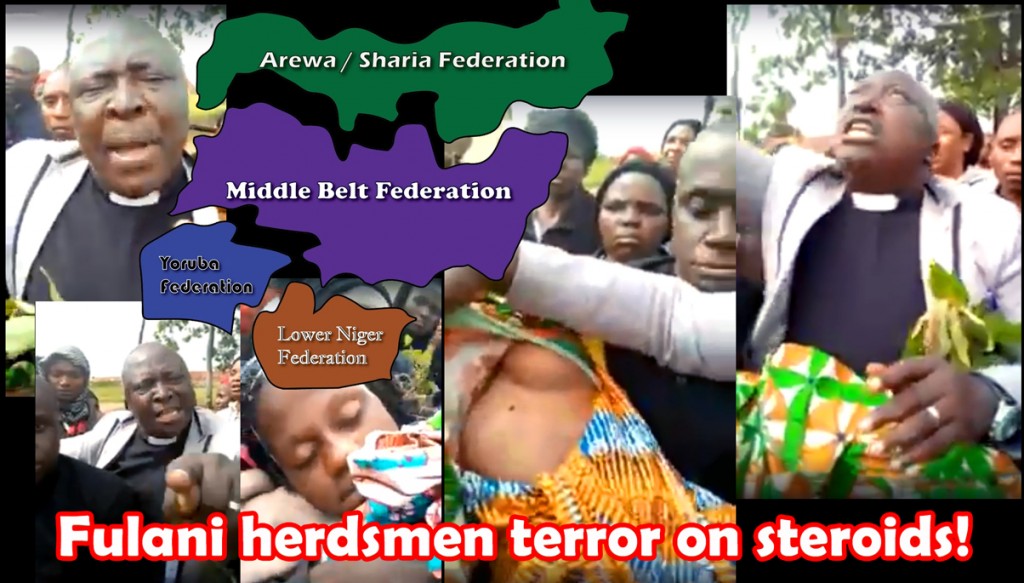 Fulani herdsmen attack and kill Christian clergymen and their families as well as innocent villagers in pursuit of their Islamist ethnic-cleansing spree in Middle Belt, Nigeria.

Monguno, who said he is talking with his co-chairman (INEC Chairman) and consulting with the leadership of various security agencies to apprehend those violating the electoral act, added that the dangerous style of political campaigns won’t be allowed to reach an uncontrollable point. “Therefore, it is extremely important that, long before the 2019 elections, we must be able to find a way of surmounting this dangerous trend,” he said. “There will be the issue of vote buying and vote selling. These are concerns that we have to look into collectively and begin to deal with whatever problems that might arise from these unfavorable acts,” Monguno added.

Culled from the Leadership News