INEC & the Uncertainty of the 2019 General Elections: Now Is No Time to Play Nostradamus

by Mazi Sam I. Ohuabunwa OFR

Last week, the Independent National Electoral Commission (INEC) released what looked like the Periodic Table which we used in the O-level Chemistry class to determine the atomic number and valency of elements as the electoral umpire announced the dates of elections in Nigeria up to 2043 or so. Some people saw this as a strategic and audacious move of projecting the future. Indeed, INEC said they did this to bring some certainty to election dates in Nigeria. Many other commentators have mocked INEC for “forming work”; that is, pretending to be working when actually there is no work being done. They think that INEC is leaving the substance and pursuing the shadow. 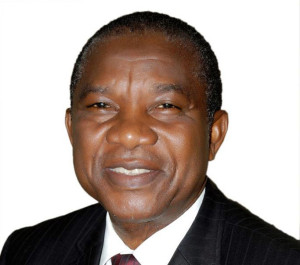 Some think that this gambit was INEC’s response to the “effrontery” of the National Assembly in trying to change the sequence of elections in Nigeria. The executive at the Aso Rock Villa is decidedly unhappy about National Assembly’s stratagem and it looks as if the INEC has gone on overdrive to project the president’s desire. But there is little that the INEC can do, as it is the commission’s lot to implement the laws made by the National Assembly and not to make laws by itself. Some believe that INEC should spend its time and budget in tackling existing problems like a dispassionate and truthful investigation of the widely reported underage voting in parts of the North especially Kano during the 2015 elections and continued registration of underage children currently going on in some parts of Nigeria. This underage registration would have marred the 2015 elections and may have caused post-election crisis were it not for the single-minded determination of President Goodluck Jonathan to avoid any bloodshed. In 2019, the combatants may not be as peace-seeking or in the language of Charley Boy, as “Mumu” like Jonathan.

It was further felt as if the 2015 elections were expected to test Nigeria’s unity following several preceding prophesies and theories. We do not need any other prophet to tell us that 2019 may be the 2015 that was prophesied about in the past. This is because at no time in recent history did we approach an election season with so much anomie in the land. Nigeria is currently so disunited and dysfunctional that anything worse than current mass discontentment will require a new definition of disunity. In 2015, we had some internally displaced persons (IDPs) camps in the Northeast only. But as we approach 2019, we have IDP camps in the Northeast (courtesy Boko Haram), Northwest (courtesy Zamfara bandits), Northcentral (courtesy Fulani herdsmen militia), Southeast (courtesy Fulani herdsmen militia and kidnappers), Southwest (courtesy militant Fulani herdsmen militia and Badoo cultists), Southsouth (courtesy militant Fulani herdsmen militia, kidnappers and militant oil thieves). How will INEC handle this logistics nightmare should occupy INEC instead of acting as Nostradamus – the man who saw the future. There is so much uncertainty regarding 2019 elections that it may not be worth my time thinking of what will happen in 2023, not to talk of 2043.

First, many nationalities in Nigeria have taken positions regarding the future of Nigeria. Many still believe that there is some benefit in Nigeria remaining one big country with many nationalities. But some believe that, for this to continue to be, the country must be restructured in order to cure the nation state of the chronic instability, corruption, profligacy and dysfunction that has brought the country almost to its knees since the military usurped power in 1966 and dislocated the arrangement made by the founders of modern Nigeria for a viable, thriving and mutually beneficial federation with strong federating units. Some other nationalities, especially in the core North, feel that there is nothing wrong with Nigeria or its structure and would like to see Nigeria wobble from one crisis to another and continue to shed innocent blood daily, perhaps, to satisfy the thirsty deities foisted on this Nigeria by the workers of iniquity. And then, there are some other nationalities that feel that Nigeria is a lost cause. They look at the contradictions – ethnic bigotry, religious intolerance, manifest injustice, entrenched greed, sustained retrogression and the “we-must-rule or baboons-and-monkey-be soaked-in-blood” mentality and they conclude that the only lasting solution is to let the nationalities go their separate ways in peace. To this last group belongs Nnamdi Kanu of IPOB and many from his nationality. Today, I hear that many other nationalities, especially in Southsouth and the Middle Belt share this viewpoint, having tasted genocidal pogroms which indigenes of the Lower Niger have suffered in Nigeria for generations.

So, it is clear that we are going into 2019 a very fractured country, with different nationalities holding different views about the future. While some are willing to have discussions on what to do; first, to avoid any cataclysm that may be imminent and second, to decide on how best to rearrange the relationships to assure future prosperity for all stakeholders in the “federation”, some have already become so impatient that they are taking it out on the rest of us by different acts of violence and malfeasance. This is evident in the current state of affairs in Nigeria where it is as if we are in a state of war – one new killing field every day and yet, some people think all is well.

I think that INEC should begin to create scenarios as to what will happen if the election does not hold in 2019. That is a possibility, even if remote. Some nationalities have insisted that there will be no elections in 2019 if the restructuring of Nigeria does not happen, resulting in a new constitution before the general elections. They opine that the cosmetic piecemeal amendments of the 1999 Constitution being undertaken by the legislature is only begging the issue and that only a brand-new constitution written by the true representatives of the federating nationalities will satisfy their demand. The central government of Nigeria in Abuja certainly does not take that kind of threat lightly and would rather prepare the military to undertake an Operation “Elephant Gyration” to subdue and pacify any such nationalities preemptively. But my point is that there is so much real work INEC should be doing, instead of just “forming” work.

Over the weekend, I heard that one particular political party was doing “empowerment” programs in my town and that they were cajoling young men and women to come and collect money to start businesses or help themselves on the condition that they will surrender their Permanent Voter’s cards (PVCs) in exchange. Then on the election day, they would use the PVCs to vote on behalf of these “empowered” young men and women. That is part of their desperation strategy to come to power in 2019.

I do not know If INEC knows about this unique winning strategy by this particular political party? There must be other such devious strategies being devised by other political parties scheming to win big in the scheduled 2019 general elections. How does INEC prepare to counter these moves? How are they preparing to stay ahead of all the partisan efforts to bend or break the rules?  Now, INEC has registered so many new parties and many more are angling for their own registration. By 2019, we may have 200 parties on the ballot. How will INEC deal with all these new parties, including Obasanjo’s coalition for Nigeria and the multitude of contestants vying for a single position? These are serious tasks for INEC.

My main point worth repeating is that there is so much work that the INEC needs to occupy itself with now and so, should stop amusing us with setting a sure date for 2045 election when there is so much uncertainty about 2019.