A leading voice in the northern part of Nigeria, Prof Ango Abdullahi, yesterday voiced resentments over the just-concluded 2019 general elections, describing them as a charade that had taken the country many miles backward. Professor Ango Abdullahi, who is the leader of the Northern Elders’ Forum, told Sunday Vanguard, in an exclusive interview, that if the Independent National Electoral Commission, INEC, continues to conduct such elections and the outcome not challenged, it had the potential to throw Nigeria into an open warfare that the nation might never recover from. 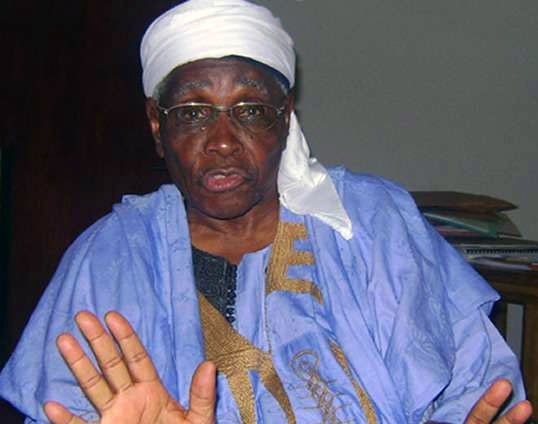 Prof. Ango Abdullahi is the spokesperson of the Northern Elders’ Forum (NEF). He has been at the epicenter of all important decisions made by Northern Nigeria’s political elite in the past 50 years or longer.

The former Ahmadu Bello University Vice-Chancellor pointed out that INEC shortchanged the people of Nigeria by abandoning the provisions of the Constitution which recognize simple majority as the basis for winning an election and relying instead on a self-serving and unknown principle of ‘inconclusive’ elections. The NEF Convener said: “The 2019 so-called election is a monumental political tragedy that has taken Nigeria’s democratic evolution many miles backward. I can tell you that if this type of sham is allowed to go unchallenged, it would lead to open warfare that the country might never recover from.

“The election is below the minimum standard we expected, and this type of daylight manipulation and robbery can never sustain democracy in Nigeria. “It now appears as if INEC invented inconclusive elections as a roadblock to undo and unsettle political opponents of those they wanted to favor, thereby drawing the hands of electoral advancement backward,” Abdullahi fumed.

“If I may ask, where does INEC get its powers to declare election inconclusive instead of declaring the winner once the person has scored a simple majority and two one quarter of the votes in two-thirds of the states in terms of the presidential election and local governments in the case of governors?”

The 2019 general elections had witnessed many inconclusive elections, leading to upsets and tensions. As of the time of going to press, the result for Rivers State was yet to be officially collated and winners announced several weeks after the elections.