On Innoson Motors vs GTB: Let’s Not Obfuscate Matters When There Is No Reason to Do So

At Law, garnishee proceedings are a legal action taken by a Judgement Creditor (like Innoson) against a third party called a garnishee (like GTB) which has in its possession or custody monies or other money instruments belonging to, accruable to or standing to the credit of the Judgment Debtor (like Nigeria Customs Service). The Judgment Debtor is basically an interested spectator in the entire proceedings. 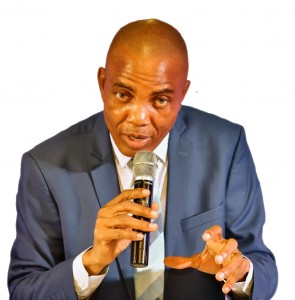 Mr. Tony Nnadi, Esq. is the Secretary-General of the Lower Niger Congress (LNC). He is a lawyer resident and practicing in Lagos, Nigeria.

By this Garnishee Order Nisi, the third party is forbidden from allowing any depletion of the funds so frozen below the sum required to fully liquidate the Judgment Debt. A definite time (Return Date) is given by the court to the third party to show cause why the funds so frozen should not be applied towards the liquidation of the outstanding Judgment Debt.

It will, therefore, be a disingenuous attempt at befuddlement for such an erring garnishee (as GTB in this case) to go pointing at the Judgment Debtor (the Nigeria Customs Service) as the entity against whom the execution of the Garnishee Order by the Judgment Creditor (Innoson) is directed. That is not the law at all. The debtor that must now be pursued for the full sum of the Judgment Debt is the garnishee and everything permitted by law in the enforcement of a Writ of Execution against a Judgment Debtor will be done against such a garnishee which chooses to connive with the primary Judgment Debtor.

In the first week of January 2006, as counsel to a judgment creditor, and  in enforcement of a Writ of Execution against CBN and Federal Ministry of Finance, my law firm had cause to shut down the nerve-center of  Central Bank operations on Broad Street in Lagos as well as the Federal Ministry of Finance headquarters in Abuja 3 days after, over a debt owed a Judgment Creditor (our client) by a recalcitrant state government for which my law firm had obtained Garnishee Order Absolute.

Considering the sensitive nature of the dynamics that could be triggered by this legal tango, (especially possible ethnic tensions), I make this clarification as a legal practitioner with some expertise in this very technical area of law and as one involved in the management of the ethnic undercurrents already being generated by this legal disputation. My wish is that all commentators would be guided accordingly.

Unless the Rule of Law is now completely suspended in Nigeria, there is really no room left for a longwinded legal rigmarole in the face of a Supreme Court judgment on the matter.

(Baseline here is that this is a Supreme Court judgment against which no further appeal or remedy is available.)