The Road to Anarchy: Ndiigbo Will Not Fold Their Arms & Let Outsiders Harass, Rape, Maim And Kill Them in Their Own Homes

(Being an open letter by John Nnia Nwodo, President-General, Ohanaeze Ndiigbo Worldwide, to Mohammed Adamu, Inspector-General of Police (IGP) of Nigeria, on insecurity in Southeast)

It is with a heart full of trepidation and responsibility that Ohanaeze Ndiigbo Worldwide brings to your notice a potentially explosive situation in Anambra State of Nigeria.

The people of Umuawulu Community in Awka South Local Government Area of Anambra State saw four Fulani boys with six AK47 rifles slung on their shoulders and riding two motorcycles and trailed them to Isiagu Community also in Awka South LGA where they reside. When the news of the brazen wielding of firearms spread across the council area, as law-abiding citizens, the stakeholders there convened a crucial meeting with the police and Fulani leaders in the Anambra state and raised the matter for deliberation.

The stakeholders told the Fulani leaders, in the presence of men of the State Investigation and Intelligence Bureau, SIIB, Awka that they were alarmed and surprised, that their boys were flagrantly displaying arms in the public,  unmindful of the legal implications of unlawful possession of firearms. The stakeholders expressed disappointment that security agencies did not make any attempt to arrest the offending Fulani boys, adding that if it were Igbo boys, they would have been arrested, tortured and charged to court.

But rather than explain what led to the carrying of arms by the boys or even apologize on behalf of the boys, the Fulani leaders told the stakeholders to do their worst and walked out on them, saying that their boys must always bear arms to protect themselves against religious, ethnic or tribal attacks from any quarters, and there is nothing anybody can do. This bizarre drama played out in the presence of law enforcement agents and nothing was actually done to arrest either the Fulani boys or their leaders for overtly declaring war on the people of Anambra State.

The Inspector-General of Police, sir, Ohanaeze Ndiigbo is alarmed by this wanton act because of the danger it portends. This raises the following questions:

Mr. Inspector General of Police, sir, the Ohanaeze Ndiigbo believes that there is enough tension in the country already to allow room for more. 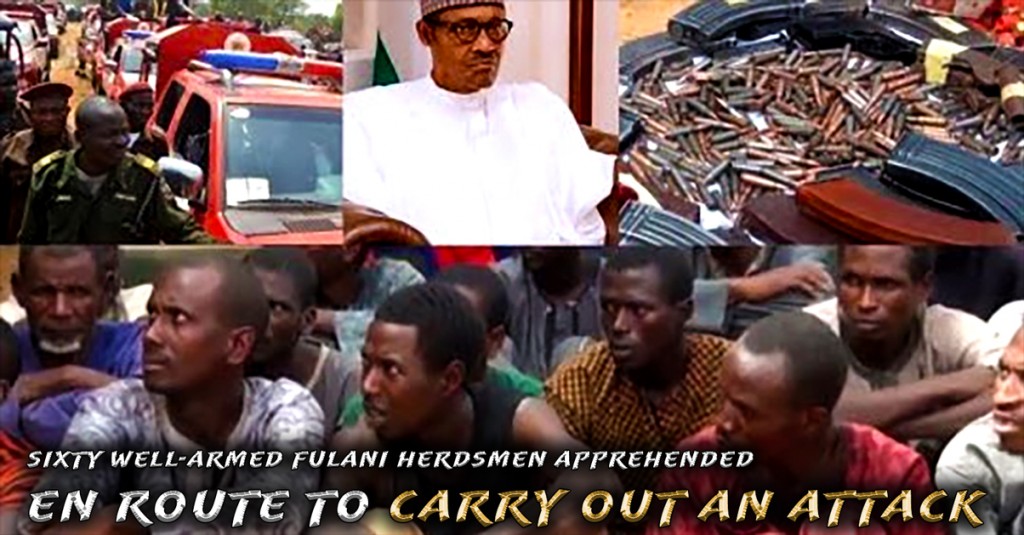 But, it is only a tree that they tell it will be cut down and it remains motionless waiting for the ax. The principle of self-defense is enshrined in the statutes of the country.  Peaceful coexistence is a prerequisite for any development to occur.

The police are, by statute, empowered, equipped and expected to make peace between two warring factions and not to take sides or protect one group.

The action of the police in Anambra State is, to say the least, despicable and a tacit invitation to anarchy. Except a coward, nobody will ever run away from his fatherland and leave it for another to occupy. Ndiigbo are not cowards.

The behavior of the police probably explains why it is only police commissioners from a particular part of the country that are posted to Igboland. This also tends to lay credence to the fears being harbored by our people that even the military laying siege on Igbo land are here to protect the interest of an ethnic group.

Not only have Ndiigbo been marginalized in this country, but they are also being pushed to the brink. It is always said that no country survives a second civil war.

Like I always say, Ndiigbo are ever capable of defending themselves. They will not fold their arms and allow gun-toting marauding Fulani herdsmen to continue harassing, raping, maiming and killing them in their own homes. We are law-abiding, hospitable and always ready to coexist with others as friends and brothers but not as foes and at a supreme price.