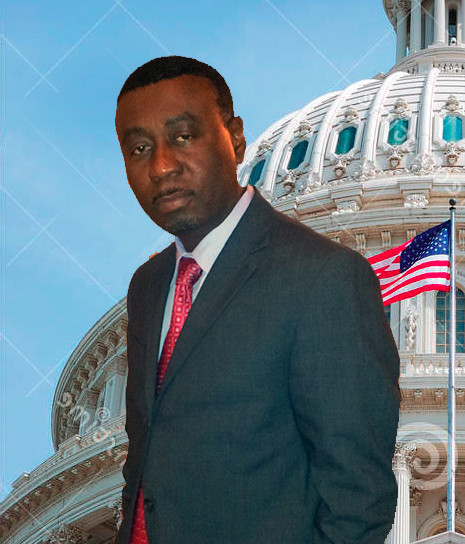 Mr. Okey Mbonu, a practicing attorney, is the President of Nigerian-American Leadership Council (NALC) based in Washington, DC, USA

Nigeria is on a high-speed descent, though the political leaders do not seem to comprehend this matter fully.

It has been a sobering moment for Nigerian-Americans, as reports from Nigeria, some of which landed on my desk recently, portray a fast-rising crisis.  A dispassionate analysis of the most recent comprehensive reports on the state of Nigeria shows a nation tottering on the precipice.

Pursuant to universal peer-reviewed standards, our judgments and nuances are based on solid universal principles, honed by decades of US and international socio-political thought, expertise, and reality.

Thus, it is clear that if Nigeria and her leaders do not remove their hateful ethnic and religious blinders urgently, they will be forced to remove them by circumstances beyond their control.  The potential default fallout in Nigeria will not be a pretty sight, especially for the privileged political and economic elite from both the North and the South, who are currently benefiting from the status quo.

Based on our findings, it is clear that the Biafra idea has left the proverbial barn in Nigeria, and there might be no turning back.  The political elites from the Southeast may in a bid to hold unto the perks and privileges they have enjoyed, based on a united Nigeria try to stop the movement toward Biafra, but it might be too feeble and too late.  The youth have shifted their trust and loyalty, and the future belongs to the youth.

Reports from our fact-finding team in Nigeria, compiled in the last sixty days, indicate that if a Referendum is held today, the following states will vote in the following manner toward an independent Biafra: Imo 89%, Abia 85%, Enugu 78%, Ebonyi 80%, Rivers 69%, and Anambra 64%.  Further, incomplete results from the Anioma region of Delta, indicates a rising number of approximately 60% with affection for a Biafran nation.  These are sobering statistics.

Nigeria may have failed for many of her constituent parts, and the youths in these regions have seen it clearly, perhaps much more than their elders, who have in various ways benefited from a united Nigeria, before the cohesion unraveled completely.

The people in the affected regions perceive that no matter how hard they work, or how competent they are, that they will never get the opportunity to showcase their excellence, especially in public affairs at Nigeria’s national stage.

They also cry of marginalization via a dearth of highly necessary infrastructure; such as basic necessities like roads, water, and electric power.  The national leadership’s inability to address these issues, especially in regions where they are critical for economic activity, has dealt a perhaps irreversible blow to nation building.

Thus, people from the Biafran region have determined that their destinies are better with the liberty of life in Biafra, where competence will determine responsibilities and success in the public space.

Our comprehensive study shows that Biafra may not be nirvana or paradise in its early years, as there are issues that need to be thoughtfully worked out.  However, given the energy and ingenuity of people in this region, Biafra may ultimately become a model state and of net value for all Africa in the future, if carefully handled.

On the NASS Rejection of a Restructured Nigeria

Our reports indicated that just last week, the Nigerian Senate voted to keep the status quo, instead of exploring ways to restructure the country.  Well, the definition of insanity is doing the same thing over and over and expecting a different result, according to Albert Einstein.  Learned professionals in Nigeria should also be familiar with “Res Ipsa Loquitur” or “The Thing Speaks for Itself”.  The physical condition of Nigeria speaks for itself.

We will let Nigerians in all their wisdom and “intelligence” judge their leaders, many of whom are collecting double salaries in the 100’s of millions, as Senators and Governor at the same time.  However, we suspect that many of the leaders may not get it until it’s too late.

How Biafra May be of Ultimate Value to Nigeria

Our painstaking research shows that the political elite and many wealthy business people from the Southeast are lukewarm about Biafra.  There is no surprise in the lukewarmness of these Southeast elite, because the principle of self-preservation is at play here.  Most of today’s leading politicians from the Southeast are hopeful that one day, they “personally” will get a chance to run for president of Nigeria, regardless of how terrible they were as governors or as Senators.

Many Southeast political elites (with a few exceptions), highest achievements in office include; misappropriating billions of naira, owing worker’s salaries, building massive palaces for themselves, or acquiring private jets.  How such people think they will be supported to run for president of Nigeria is ludicrous.  Further, the southern youths seem to have seen the light, and have moved on in quest of Biafra.

If Biafra becomes reality, Nigeria will probably not afford to deport resident Biafrans, because at a minimum, Biafrans will probably constitute the bulk of local investors, and the persons who add economic value to their various states of residence. 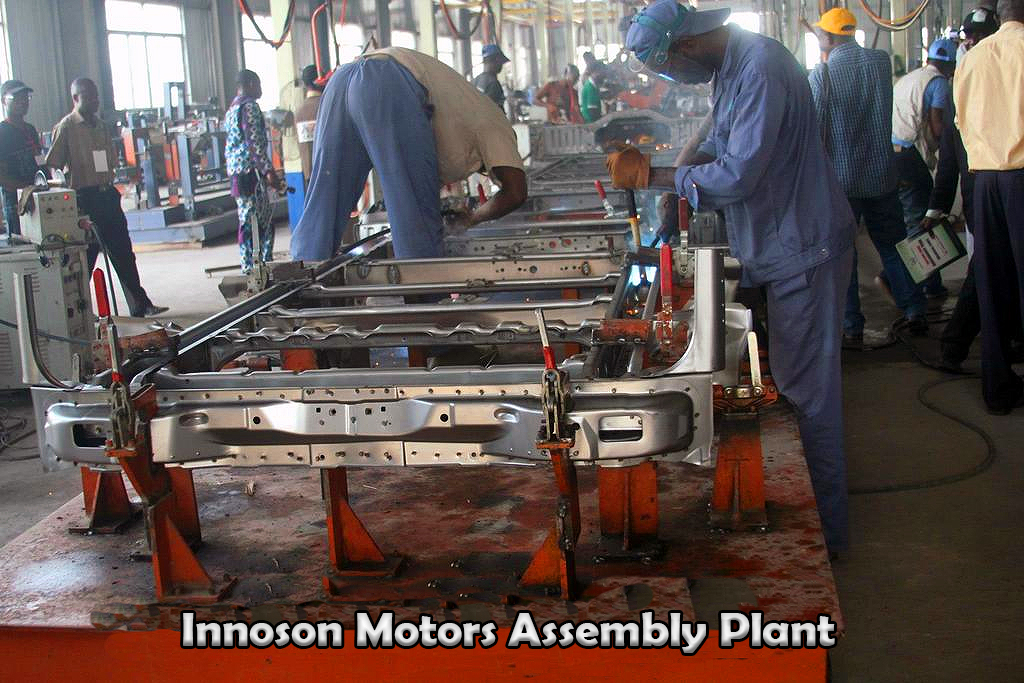 Investors in any state add value through taxes to their states of residence; they employ locals, and add value to the entire economic value-chain in each state.  However, the initial upheaval may affect all sides, but ultimately, the ECOWAS treaty will continue to guarantee free movement among member states.

As an example, the hospitality industry in each Nigerian state adds substantial revenues to the various states, due to the economic activities, and taxes generated by the industry.  Therefore, even an imbecile born last night, can tell you who the investors and patrons of the local hospitality industry are in today’s Nigeria, these are the people that recirculate money in the local economies.

The Greatness of Nations

What makes nations great is not the resources on the ground; rather it is what is inside the citizens “heads” as “intellectual property”.  Our study indicates that Biafra will survive without exporting oil from the ground.  In fact, the most robust economy in the entire Southeast-Anambra state, has no oil industry.  Anambra state seems to thrive on private enterprise, and prudent management of resources.

Just look at what’s happening in Venezuela, a country with the largest oil reserves in the world.  If you compare Venezuela to Japan, South Korea, and Israel, you can see who commands influence worldwide, and in their respective regions.  If a nation happens to have both intellectual power and resources, like the US does, then the nation gets to influence “everything” on the planet.

We find that Biafra may excel, even without exploring for mineral resources under the ground for export.  This is because Biafra can export massive intellectual property, which is not currently facilitated by public policies in Nigeria today.

As an example, we reviewed the entertainment industry (music & movies), and found that the entertainment industry of Southern Nigeria is currently operating at about 2% of its true potentials, based on the fact that there are about “one Billion” people to entertain in Africa alone; with the rest of the world eagerly waiting.  Nigerian policymakers of today are on the other hand,  too consumed by strife to formulate the right policies for a proper takeoff.

The US actually became the dominant most influential power in contemporary times, in part because of its massive export of intellectual property (movies, music, entertainment, and software), starting in the early 20th century till today.  The US is powered by a fusion of African and European cultures, mixed socio-economically in a hybrid cultural synthesis that the world had never witnessed before.

The entire West and Central Africa is littered with investments of people from the Biafran region.  One cannot imagine Cameroon, Ivory Coast, or Ghana, deporting investors from Biafra; because every country on the planet, from the US, to the UK, to South Africa, to Ghana, to Cameroon, and others; welcome investors with enthusiasm and open arms.  For example, if you possess a certain amount of capital, the US will give you a Green Card on a platter through an investor visa.

So, in reality, the Biafra business elite in Nigeria do not have anything to fear, in being perceived to be from Biafra, or Zanzibar, or anywhere else; as long as they add value wherever they are.  There is a one hundred percent certainty that eventually, many Nigerian states will welcome investors, no matter where they come from.

Biafra May Not Be Landlocked After All!

Our research also shows that even if Cross River and Rivers states do not become part of Biafra, Biafra is not as landlocked as people believed earlier.  There are some towns in today’s Abia state that are about 25 nautical miles to the Atlantic Ocean!  Of course, while deep-sea ports will need to be developed in these areas for international commerce, Biafra may enter into agreements with neighboring countries, for facilitating international ocean-based commerce.

On left is map of precolonial Lower Niger delimited by ethnic nations & on right is civil war Biafra which is same as Eastern Region of 1st Republic. Lower Niger is Biafra plus Midwestern Region.

Countries like Ethiopia and Israel are still surviving and thriving, because there are international conventions that govern such matters.  Ethiopia has become one of the fastest growing economies in Africa, despite that Eritrea successfully broke away, seizing Ethiopia’s only access to the ocean through the Red Sea.

If the religious and ethnic demons are not excised from civil life in Nigeria today, via legislation and policy, those two will eventually kill off what may be left of Nigeria.

We note that the hate and strife based on religion (the actual practice of which appears hypocritical based on our observations and reports from Nigeria), and negative ethnicity; pose a big threat to Nigeria.  Urgent steps need to be taken to separate religion and ethnicity from civic life in Nigeria.

We urge those who currently hold state power, and the instrumentalities of force in Nigeria to apply full restraint, in their use of such force against “unarmed” separatist agitators; because the world has changed vastly from the 1960’s.  There are multiple ways to resolve issues of persons who directly use state power to harm “unarmed agitators”.  We’d say that these matters can be resolved without an armed conflict.

We will continue to monitor the Nigerian situation in the coming months, but at a minimum, we urge an urgent dialogue, laced with humility and reasonableness, from the various regions and parties that constitute Nigeria at this time.

Okey Mbonu is a Washington-based analyst and Executive Director at the Nigerian-American Leadership Council.

Mbonu has provided expert testimony at Washington institutions, including at the US Congress, Woodrow Wilson Center for International Studies, Organization of American States, MSNBC, NBC, Al Jazeera, Voice of America, and others.

He has been described as a powerful and important voice in the Nigerian-American community by the US media giant, MSNBC and other institutions.