Biafrans in Anambra state are hereby admonished to ignore a false and deceptive writeup issued by an IPOB-DOS-friendly human rights organization called INTERSOCIETY. The non-factual statement was issued in conjunction with other organizations under the name of Southeast-based Coalition of Human Rights Organizations (SBCHRO). The joint writeup, which they issued on the 12th of November 2017, was coated with lies and falsehood as it pertains to the stance of IPOB in respect of the upcoming gubernatorial election in Anambra state. Although INTERSOCIETY has always supported the self-determination rights of Biafrans, we cannot allow them to get away with lies and falsehood against IPOB. The pack of lies against IPOB by INTERSOCIETY & Co were based on a newspaper report by The Punch newspaper which can be accessed through the following link: https://goo.gl/TQg2K2.

It is unfortunate that INTERSOCIETY, a highly revered and dependable organization, will base their writeup on a sensational headline from a well-known gutter newspaper such as The Punch. More unfortunate is the fact that INTERSOCIETY & Co did not crosscheck the information with Emma Powerful or Uche Mefor, both of Nnamdi Kanu-led IPOB, before issuing the joint writeup. Even The Punch newspaper report never quoted Emma Powerful as threatening people with death if they come out to vote.

It is on record that IPOB has always maintained the stance of BOYCOTT of all elections in Biafraland and not the STOPPING of elections. We are, therefore, surprised that INTERSOCIETY & Co peddled falsehood by giving the impression that IPOB is going to stop the election in Anambra state. In fact, INTERSOCIETY & Co specifically associated IPOB with violence, which is inadvertently supporting the tagging of IPOB as a terrorist organization by the terrorist-supporting government of Nigeria.

We want to make it very clear to the whole world, once more, that Biafrans are only boycotting the election by staying at home and this is markedly different from stopping the election which involves physically coming out to disrupt the voting process, albeit, violently. It is important to note that voting is a fundamental human right and we have the undeniable right to NOT exercise it. We advise INTERSOCIETY & Co to concern themselves with the militarization of Anambra state during the election with over 50,000 armed security personnel for 4,608 polling stations, which gives a ratio of one (1) polling station to eleven (11) heavily armed security personnel. This militarization is the more reason why Biafrans have decided unanimously to stay at home and boycott the election and avoid being shot and killed.

It is very important to draw the attention of INTERSOCIETY & Co to Section-179(2) of the Nigerian fraudulent constitution where it stated how a winner will emerge during a gubernatorial election involving multiple candidates. The boycott of the election by Biafrans will not affect this part of that fraudulent constitution. There is, therefore, no need to peddle falsehood and lies against IPOB by INTERSOCIETY & Co.

We will like to admonish INTERSOCIETY & Co to refrain from “Igbonizing” the Biafra restoration project. Currently, there are moves to articulate and endorse a Charter of Relationship among the federating units in the Lower Niger region also called the combined old Eastern and Midwestern Regions of Nigeria. By referring to Biafra as an Igbo affair (Igbonizing Biafra), the other federating units outside Igboland will feel belittled and discriminated against. For the records, the last Head of State of Biafra, before our dear nation rejoined the British-created contraption called Nigeria, was not from the Igbo-speaking area of Biafra. Same goes for so many senior military and civil servants in Biafra, prior to rejoining Nigeria in January of 1970.

Finally, we want to urge every Biafran in Anambra state to ignore the falsehood and lies peddled against IPOB by INTERSOCIETY & Co because they were based on sensational journalism typical of The Punch newspaper. Biafrans never planned to disrupt the election but rather agreed unanimously to boycott the election by staying at home. The boycott of election is not the same as stopping an election.

We advise Biafrans in Anambra state to continue with the plan to boycott the gubernatorial election coming up on November 18, 2017. The result of that boycott will be used as a supporting document when LONIM engages the United Nations. In addition, we Biafrans like the Oduduwa people have rejected the Nigerian fraudulent constitution. Participating in Anambra election will contradict this rejection because by participating, it means recognizing, agreeing to and complying with Section-178 of that fraudulent constitution.

We are determined to restore our nation of Biafra, irrespective of the falsehood and lies peddled against IPOB by INTERSOCIETY & Co in their recent joint writeup because the restoration of the nation of Biafra is a divine project whose time has come and is, therefore, unstoppable, unquenchable, irreversible, and irrevocable. 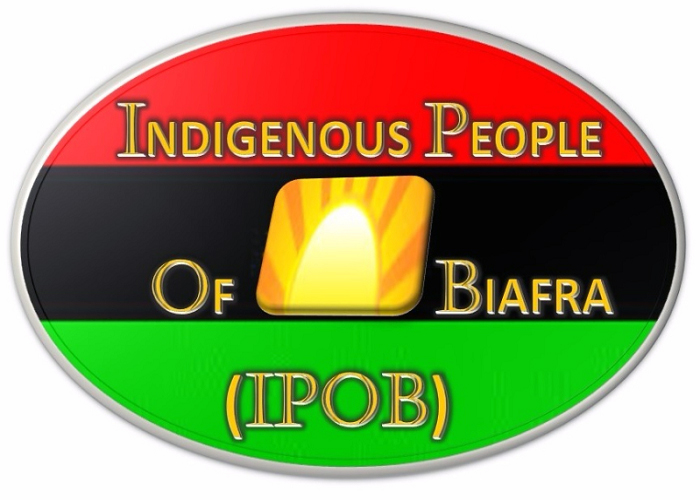