Students of Nigerian political history, especially those interested in the antics of opposition politicians, will appreciate the importance of Nnewi-Ekwulobia road. This road, which passed from Nnewi, through Nnobi, Awka-Etiti, Ichida, Igboukwu, Isuanioma (Prof. Soludo’s breakaway entity), Isuofia to Ekwulobia, (all in Nnewi, Idemili and Aguata LGAs), is one of the oldest tarred roads in the then Eastern Nigeria and used to serve directly and indirectly, more than 50 communities, for which was a connection to the rest of the civilized world. But the road was unknown to the rest of Nigeria and the outside world until two Nigerian politicians turned it into a ferocious battle ground during the 2nd Republic. 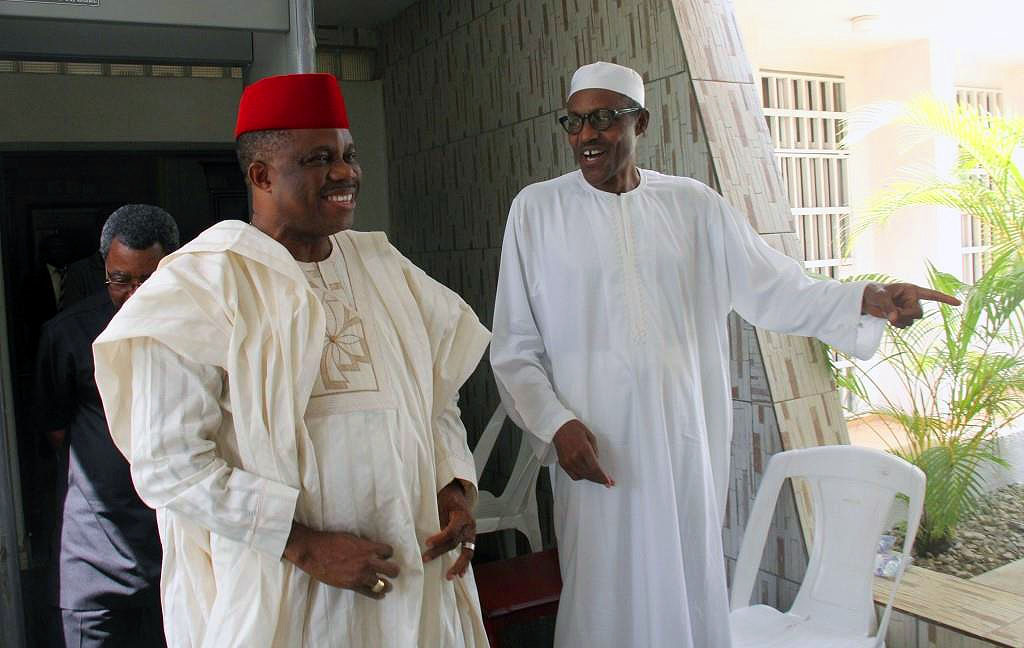 Dr. Alex Ekwueme was the Vice President of Nigeria and hails from Oko in Aguata LGA, Old Anambra state. That means that he travelled into and out of his hometown through Nnewi-Ekwulobia Road. But he belonged to National Party of Nigeria (NPN), a conglomeration of all the big-men of those days. Then, there was Jim Nwobodo, the handsome, well-dressed governor of old Anambra State, in whose domain the road was located. However, Jim Nwobodo was of the Nigerian Peoples Party (NPP) while the interstate highway has supposedly been known to be a “federal road” under direct purview of the ruling party, NPN.

The stage was thus set for a titanic battle between Nwobodo (Governor/NPP) and Ekwueme (VP/NPN) and at the core of that war was who owned and thus, should reconstruct, the Nnewi-Ekwulobia road. Nwobodo/NPP declared that the road was in Anambra State and thus under their control while Ekwueme countered that it was a federal road and that Jim should hands-off.   It was a battle royal and it made history as one of the few occasions in Nigeria in which politicians were battling to do “public good”. My response then – (I was corpering at Azare, Bauchi State): I don’t give a damn about who repaired the road; let the road just be in good shape! 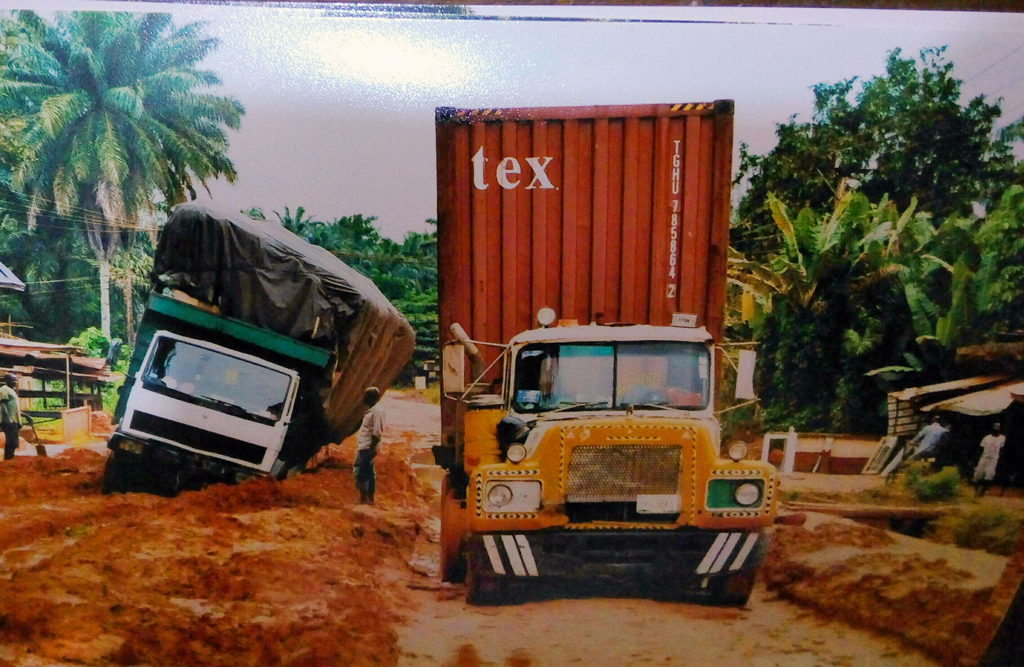 That was then. Today, the Nnewi-Ekwulobia road is a poster-boy of governmental insensitivity, infrastructure decay, and the daily pains of Nigerians. I was home (Igboukwu) recently and needed to ’patronize’ that road for ten days in August and what I saw was horrible. Nobody is jostling to repair what was once a road (some parts of it cannot now be defined as a road). Indeed, from 10th to 20th August, the Igboukwu segment of the road was impassable.  The state government had sand-filled the road sometimes in April and when it rained, it became a potor-potor (mud) infested road. Two lorries that had the audacity to attempt passing through got stuck/capsized and totally blocked the road.

Vehicular traffic using the highway had to go through the local roads and pathways within Igboukwu, thereby causing heavy and unusual hold-up within that side of town. Citizens residing on each side of the broken road could not visit each other and places that took only 5 minutes before to visit now take 30 minutes or 1 hour – within Igboukwu community.  I visited the Idu II’s palace more than 12 times within that period and thus I had to do several detours, at times, going through other neighboring towns in order to do so.  Large vehicles which could not pass through the narrow roads within the town had to suspend their trips or else attempt to access Ekwulobia through Adazi-Agulu axis. Beyond Igboukwu, the road is also in a terrible shape especially at the Ichida-Awka-Etiti boundary. Most of the stretch between Awka-Etiti and Afor-Nnobi junction is also in disrepair. 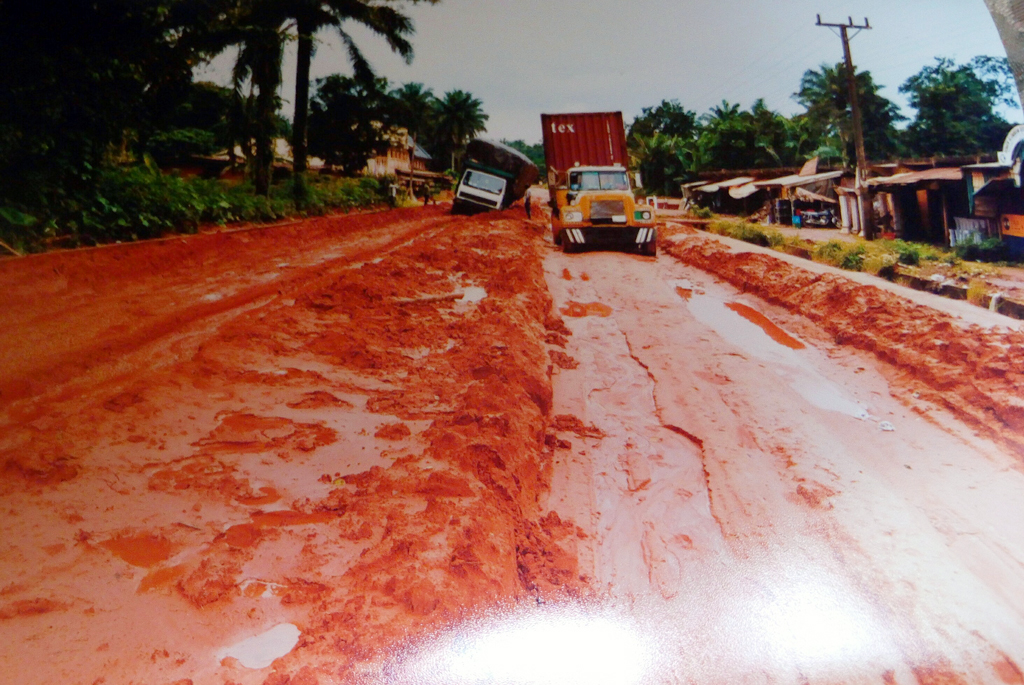 A lengthy segment of a vital interstate highway turned into a giant mud path which only daredevil drivers and road users attempt to navigate across at their own peril.

Why won’t the politicians fight over the road again? Why won’t PMB/APC and Obiano/APGA battle over this road? When will Fashola’s billions touch this road? Everywhere in Anambra state, the operational phrase is Willie is working!

When will he work on this road; a road which he flagged off its repair with such fanfare? How and why should such a beautiful bride be abandoned by all the suitors? When will the requests and petitions of the Idu II of Igboukwu and his citizens get to the ears of Anambra state and the central government in Abuja? When will they wipe away our tears?

Images of the road segment used in this article were recorded on August 16, 2016.