IPOB, Under the Leadership Team of the Directorate of State (DOS), Is Part of the Lower Niger Independence Movement (LONIM)

Below is a Press Statement issued by leadership of the Indigenous Peoples of Biafra (Under leadership of Directorate of State) IPOB (DOS) in reaction to the debut of the Lower Niger Independence Movement (LONIM) on September 3, 2017 in Washington, DC, USA:

The Indigenous Peoples of Biafra (IPOB) under the leadership team of the Directorate of State (DOS) can confirm, with absolute certainty, that IPOB is now part of the Lower Niger Independence Movement (LONIM). The LONIM concept, ideology, strategy, and roadmap are based on the template of the Lower Niger Congress (LNC) and anchored on the Ahiara Declaration of June 1, 1969. Recall that on the 7th of June 2017, IPOB issued a press release (see https://goo.gl/4E2trX) wherein we adopted the template of LNC which has clear-cut strategy and roadmap that will culminate in the restoration of the nation of Biafra.

To refresh our memories, we stated as follows in that press release: “As one of the pro-Biafra organizations, IPOB wishes to state that the LNC Referendum Template is the surest way to guarantee a non-violent and transparent strategy for the nation of Biafra to get out of the British-created contraption called Nigeria. The LNC Template basically consists of a two-pronged process of countrywide de-legitimization and repudiation of the fraudulent Nigerian Constitution leading to the dismantling of the present pseudo-federation and the willful aggregation of independent units of regionally-willing and compatible contiguities. These compatible contiguities, which include the prospective federation of the various indigenous peoples of the Lower Niger, shall emerge via Referendum in exercise of their right to Self-determination as successor-states to the defunct Federation of Nigeria, which collapsed since 1966. In simple terms, the LNC Referendum Template will result in the formation of an independent coalition platform which will be used to approach the United Nations (UN) to mandate and supervise a Referendum on Self-determination”.

We are pleased to announce that the predicted coalition platform has been formed and IPOB (under the Leadership Team of the DOS) is proud to be part of that coalition which is called Lower Niger Independence Movement (LONIM). The decision to form and officially launch the coalition platform came after a 5-day retreat by representatives of the various pro-Independence groups from the Lower Niger Region in the present-day country called Nigeria. This retreat was held in Washington DC in the USA. At the end of the retreat, some members of the movement held meeting with Mr. Bruce Fein, an experienced legal practitioner in the field of Self-determination through Referendum. That meeting yielded fruits as LONIM intends to partner with experts in the field, like exist within the Law Offices of Fein & Delvalle, PLLC, to further the Self-determination efforts of our folks. 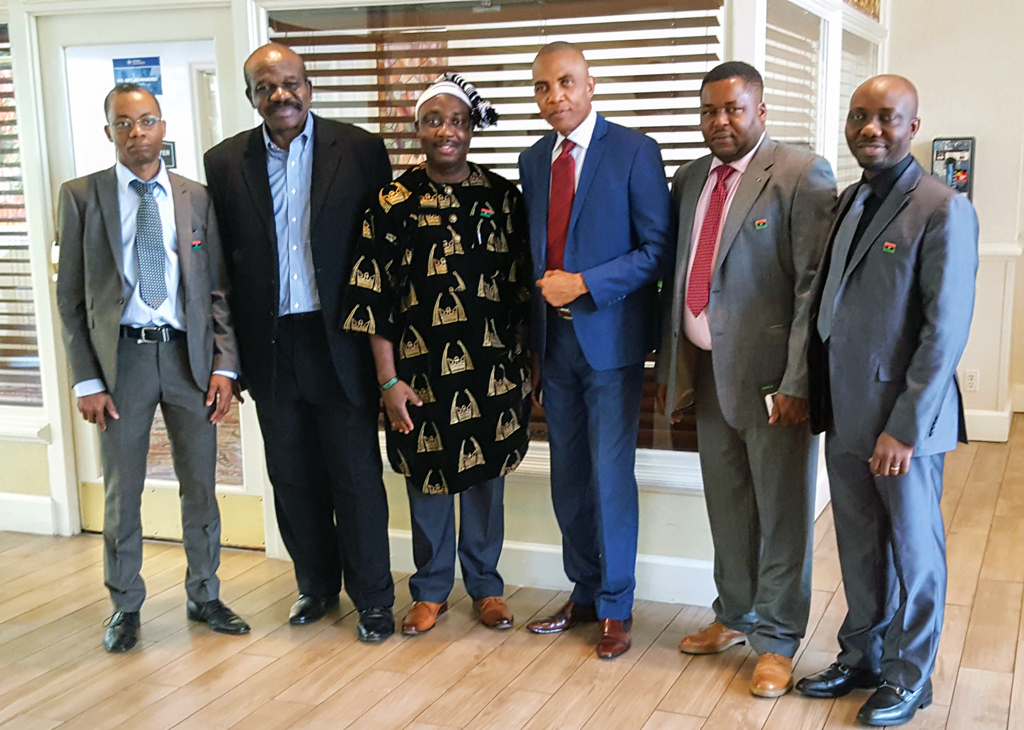 A delegation from the LONIM Washington, DC Retreat take timeoff to pay courtesy visit to Law Offices of Fein & Delvalle, PLLC in downtown neighborhood of the US Capitol in the National Mall.

We are happy and excited that the restoration process has moved several steps forward, through the birth of LONIM, as we now move into international diplomacy and beyond domestic rallies and local engagements. It is important to note that international diplomacy is the real deal when it comes to Self-determination through the instrumentality of Referendum. We encourage other pro-Independence organizations to join LONIM so that we can work together to achieve our common objective which is to extricate our God-given ethnic nationalities from the British-created contraption called Nigeria. We would like to clarify that LONIM is a mere movement (a platform) and not the actual nation state being envisioned  for indigenous inhabitants of the Lower Niger, so that people do not get hung-up on ordinary name or on semantics. LONIM is a means to an end, just like other platforms have been used in other places to achieve the ultimate objectives.

Let us join hands to make LONIM to achieve its objective of Independence for Peoples of the Lower Niger as delineated in the pre-colonial map of 1885. Do not be left out of this golden opportunity to make a difference in the emergence of your God-given nation. IPOB and LONIM make bold to assert that the restoration of a self-determined Biafra is a divine project whose time has come and is, therefore, unstoppable, unquenchable, irreversible, and irrevocable.

Long live LONIM and long live the nation of Biafra!!! 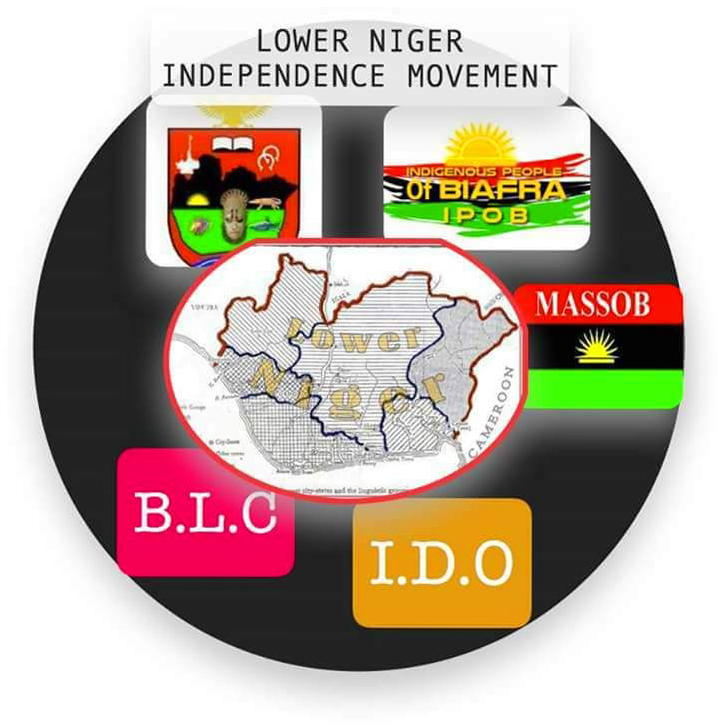