“Each generation must, out of relative obscurity, discover its mission, fulfill it, or betray it” – Frantz Fanon

Beyond any doubt, the battle ahead is summed: progressivism versus fascism. Like the Irish lawyer and politician John Philpot Curran, said: “The condition upon which God hath given liberty to man is eternal vigilance.”

All patriotic elements have to be alive to their individual and corporate responsibilities to Nigeria and Nigerians at this trying moment. Where are the members of Save Democracy Group? Where are the Progressives?

Fact is: the nation is dangerously adrift, and the patriotic elements are not rising to the occasion.

All Progressives, Civil societies, Labour, Public Intellectuals, men and women of good conscience are still cowering and not standing erect to be seen and counted, as they did in fighting and fending off the despotic military regimes.

Yet, something worse than a military regime is here – fascism! For how long then shall they hide behind their tiny finger?

It is clear to all that all democratic institutions and arms of Government are being emasculated and destroyed by the APC Government as it is becoming farcical by the day. 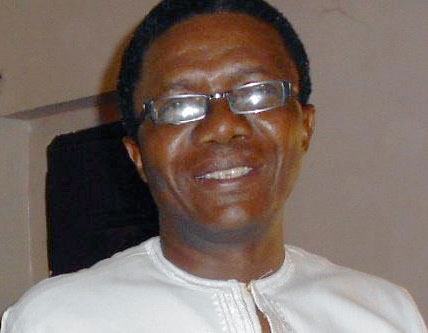 The National Assembly is under siege even as I write, and opposition lawmakers and workers not allowed into the complex to do their statutory duties. The judiciary is being assailed on all fronts and reduced to a toothless bulldog with rubber teeth.

The presiding officers of the Senate are now hounded like common criminals over trumped up charges and distracted from carrying out their constitutional duties.

The unthinkable and irreconcilable have been happening.

The security agents laid siege on Senate President Senator Bukola Saraki and the Deputy Senator Ike Ekweremadu to stop them from attending Senate Plenary, all in a desperate attempt to pave way for their eventual forceful and unconstitutional removal as presiding officers.

Basic tenets and cannons of democracy have all been desecrated and the Progressives and democrats are keeping mute.

Democracy is predicated on rule of law, due process, and majority rule and, like already said, on the quintessence of the principle of separation of powers between the arms of government. The judiciary cannot adjudicate under fear, nor should the legislature legislate under duress.

Nigeria is, therefore, once more, at crossroads and the path the nation takes shall make all the difference. Indeed, it is now a make or mar situation, as the country is again on cliffhangers, even more so today than it was during full-blown military regimes.

It is a patriotic duty for well-meaning Nigerians to rise and salvage the country and her democracy before it tips over the cliff.

One of the greatest American Presidents, Theodore Roosevelt informed the world that Patriotism means to stand by the country.

It does not mean to stand by the president or any other public official, save exactly to the degree in which he himself stands by the country. It is patriotic to support him insofar as he efficiently serves the country.

President Muhammadu Buhari, through daily acts of omission and commission, has not sufficiently proved he is standing with the country, Nigeria and her much needed desire for unity, democratic and development.

His actions and inactions appear to serve sectional interests, leaving Nigerians bitterly divided more than ever in the nation’s history. The level of hatred resulting therefrom may take decades to heal if it heals at all.

Those still standing and defending the Federal government divisive policies are not only unpatriotic but also are enemies of the country. Such policies, actions and inactions have also brought greater hardships and avoidable deaths to many hapless citizens.

At this moment, Progressives who ignore the massacres of innocent Nigerians, the incompetent and wrongheaded handling of the economy, use of fight against corruption as a political weapon and vendetta, and blocking of desire of well-meaning Nigerians to have the country restructured to accommodate all Nigerians, will all live to regret when the nation becomes much worse for it.

Patriotic elements in the country have to rouse themselves into a coalition and raise their patriotism to nationalism fervor as the founding fathers and their immediate successors did with colonialism and repressive military regimes.

It is patriotism that grew such men and women who fought for independence and democracy into nationalists.

Therefore, there is now the urgent need to rise to the similar challenge confronting the nation under the APC governance and take back the nation from the fascism enveloping it and restore true democracy.

For the avoidance of doubt, realignment of forces has gained all tenacity on the side the fascists’ forces, which have long been amassing and coalescing against the nation and its glorious future.

They have bent the security forces away from the nationalist duty, into acting for the propagation and perpetuation of sectional and farcical interests.

Without a shred of doubt, the All Progressives Congress (APC) have abandoned democracy, desecrated democracy and fought democracy in Nigeria on all fronts, using the coercive and corrosive instruments of the state. APC is determined to fully enthroned fascism.

Well-organized and equipped militia has been unleashed by the Fulani aristocracy in Nigeria to intensify ethnic cleansing in Middle Belt region where thousands of indigenous people have already been killed in first 4 months of 2018.

For the avoidance of doubt, Fascism is a form of government which is a type of one-party dictatorship. Fascists are against democracy, multi-party system and deploy jackboot autocracy to muzzle out of the way all voices of reason and opposition.

APC, like any fascist government, brooks no opposition or dissention. A democracy without dissention and opposition belongs in phantasmagoria.

Evidence of this abound, but mostly demonstrated in the just concluded Ekiti governorship election where the pocketed INEC supervised the brazen rigging of the gubernatorial election to favour its appointors, the APC Government.

Even the concocted figures announced by the INEC do not add up arithmetically.

To ensure that the people of Ekiti did not exercise their franchise freely, the Nigeria Police Force had to deploy 30,000 personnel for the July 14 governorship election in Ekiti.

This is aside the officers and men of the Nigeria Police of the Ekiti Police Command, the Civil Defense Corp that numbered about 9 thousand, the Nigeria military, the Paramilitary and so on.

And this was happening when the Borno, Yobe, Benue, Plateau, Taraba, Sokoto and indeed over a dozen other States in the Federation are begging for police presence and security.

Democracy may be a word familiar to most, but it is a concept still misunderstood and misused in a time when totalitarian regimes and military dictatorships alike are attempting to claim popular support by pinning democratic labels upon themselves.

This is what the APC has done in Nigeria.

All canons of good governance and civilized existence have all been repudiated by this Government and has to be stopped.

Like the Janjaweed, the APC Government came into power riding on emotions and change mantra. Today, what we have are chains, not change.