Even If All Presidential Candidates Were to Be Southerners and Christians, the Entire South & Middle Belt Must Boycott 2023 Elections – Rev. Fr. Nwosuh

In the last couple of days, many comments regarding the political angle of the supposed “dethronement” of Lamido Sanusi as the 14th Emir of Kano, have begun to emerge. The “dethronement” of Sanusi is being interpreted as a part of the subtle strategic plans by the Fulani hegemony to “enthrone” him as President of Nigeria in 2023. His recent public criticisms of the mindset of the North and its political leaders and their poor handling of certain issues in the North were said to have led to his “dethronement”. His “candor” in criticizing the North/and its leaders was beginning to earn him some sympathies and even followership in the South. He was beginning to be seen as this apostle of the downtrodden. Hence, his supposed “dethronement” was widely criticized in the South. Many considered him a hero and a victim of a regressive Northern oligarchy. I must confess that I did too until I became better educated. But is he truly a hero and a victim? 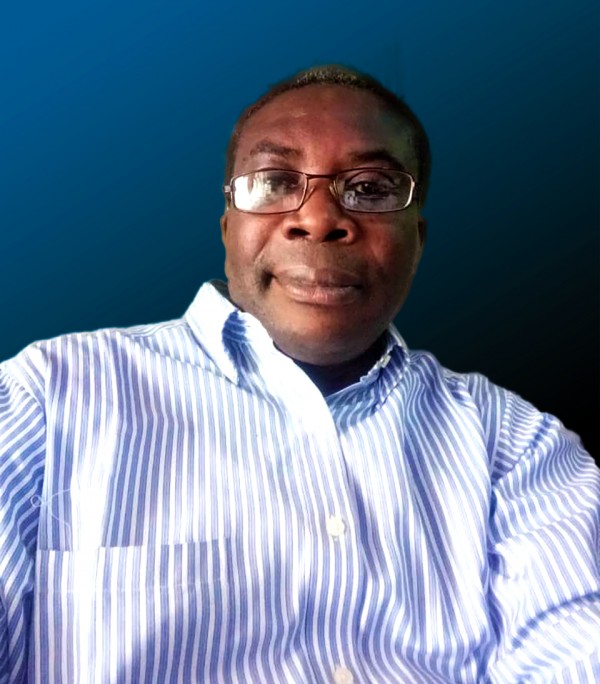 Rev. Fr. Nwosuh is a Catholic priest belonging to the Order of Preachers. He’s the President of the Dominican From Institute, Ibadan.

Some political analysts do not think so. X-raying his past, which included the sponsoring of the public murder of an Igbo trader, Mazi Akaluka, his impassioned drive to destroy the banks owned by Southerners during his tenure as CBN governor, his unmasked display of ethnocentrism when he excluded Southern universities from the largesse he dished out to universities, his anti-South rhetorics before he became Emir, etc., these public pundits are warning Nigerians to be wary of our growing love for Sanusi as a hero and champion of the downtrodden. According to them, this whole thing is a mere packaging consistent with the Fulani adept use of grand deception as a powerful strategy. This was exactly how Buhari was sold to Nigerians as a man of integrity who will sanitize the corrupt ridden country and usher in a new change.

Today, we all, even many of his diehard supporters, know better. Similarly, Sanusi is gradually being packaged as a progressive and an anti-establishment leader whom the South can trust and work with to bring the needed change in the North and Nigeria as a whole. And so, we are being warned by political pundits, who have a keen memory and understanding of history, to beware of the mousetrap called Sanusi. I entirely agree with this reading of the political angle of Sanusi’s “dethronement”. But that is not my focus in this short article.

One thing is certain from this smart move; namely, the North or rather the Fulani oligarchy is not ready and will not leave power in 2023. It is, therefore, foolhardy for Southerners to believe that in 2023 they will handover power to a Southerner. Of course, if we have been listening and watching the body language of these guys, it should have been clear to us that they are not in a hurry to hand over power to the South. To achieve that with little resistance, they will fly a Northern candidate that would have won the sentiments of Nigerians with his supposed anti-establishment rhetorics. That man is Sanusi.

But as far as I am concerned, the South and the Middle Belt and also the Non-Fulani Northern Ethnicities have no business participating in the 2023  elections. Even if all the next presidential candidates were to be Southerners or even Christians, still the entire South and Middlebelt should boycott the elections. The issue isn’t and shouldn’t be whether an Igbo, Yoruba or Hausa-Fulani is president. That is utterly narrow.

The issue is about how this country, along with its political arrangement, is structured. The configuration of the country is massively flawed, such that whatever happens, the South, especially the Southeast, will always hold the short end of the stick. Any ascendancy to the presidency will always be at the whim and concession of the Fulani hegemony and they will only concede to moles and stooges in the types of hopeless Hope Uzondinmas, the Okoroafor Rochas, Umahis, etc. In the end, you may have your Southern president who serves only their interest.

My point is that any election conducted under this present structural arrangement is doomed to fail. The only option left is to refuse to participate further in any election until the country is restructured. 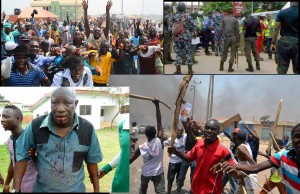 Scenes of street fighting among thugs and urchins hired by politicians for voter intimidation and rigging the ballots during the 2015 general elections. Photos were obtained from Lagos, Kano, Port Harcourt and Makurdi.

Now that the South, Middlebelt, and Non-Fulani Northern ethnicities have almost been completely emasculated and encircled by terrorists, and left unprotected by the government, the only weapon left at our disposal is our voting rights. We can press for the change we need by withholding our right to participate in all further elections until a complete overhaul of the country is done. To continue to participate in an election under this ramshackle political arrangement is downright stupid and self-defeating. The Fulani Oligarchy will not be able to continue to hold power if the South,  Middlebelt and Non-Fulani ethnicities insist on restructuring before any election at all.

And this is our last chance. If for whatever reason, we foolishly participate in the next general elections under this present political structure of the country, then we are doomed forever. Let us not be fooled by any argument by any political or even religious leader. We must, in unison, stand on one principle: “No Restructure, No 2023”. And we must insist that the restructure be full and comprehensive and not piecemeal and partial. Even if the heavens fall, we must not move an inch from this principle.

My dear Southern, Middlebelt and non-Fulani  Northern ethnicities, this is our only weapon, more powerful than a million AK47s. This resolute resolve to boycott 2023 elections is our only and last chance to break the yoke that has held us down for almost 60yrs.

And this is the time to begin this campaign. We cannot wait until the eve of 2023 elections to begin to clamor for this. We must begin a  massive campaign that must involve the grassroots. Everyone must be involved in this massive campaign and conscientization. Nobody is excluded, young or old, student or worker, male or female. We must all become the apostle of No Restructure No 2023.

Even religious leaders must be involved. It is okay to wear black robes and dresses and march the streets of Nigeria, but it is grossly insufficient. We must also add the use of peaceful civil disobedience which is very much consistent with the church’s social teachings. The campaign of “No  Restructuring, No 2023” is a peaceful act of civil disobedience. We don’t even need to march on the streets. But we must use every possible forum, including our pulpits, to conscientize the people on the need to stay away from the polls in 2023. This is our Ak47.

Senator Adeyeye declares that the 1999 Constitution is the problem of Nigeria – it can never give Nigerians progress, peace and unity.

As I said, everyone must be involved. We must not look up to our political leaders since they will not want the source of their livelihood taken from them. Politics and elections are all they know and are interested in. So it is a campaign that we the exploited and harangued people of Nigeria will and must have to do for ourselves. We can organize ourselves as groups and go on enlightenment campaigns in market places, malls, motor parks etc. We can print Tee-shirts with the logo “No Restructure, No 2023”. We can print stickers that we stick up in cars, commercial vehicles, keke napep,  homes, offices, schools, and public places. And of course, social media is a powerful tool.

Men like Danjuma, Obasanjo, Gowon,  and other prominent men and women who, by their misadventures in the past, contributed to our present miserable situation must not only be part of this massive campaign but must deploy all their resources to ensure the success of this campaign. It is not sufficient to warn us about the impending danger or go around organizing prayer sessions. They must be fully involved in remedying the mess they helped massively to create. This is what is called restitution.

There’s no true or real repentance or conversion without restitution. And so all those who now regret their roles in the past must be at the forefront in leading the campaign. So too must the leaders of the different ethnic and cultural groups like the Ohaneze, Afenifere, the Middle Belt Forum, this Southsouth Forum, etc.