Nigerian Borders Are Closed, But They Still Allow Goods to Come In from Niger Republic & Out of Katsina State – Says a Northern Legislator in Abuja

A member of Nigeria’s National Assembly representing his constituency in the northern border district of Katsina state told his colleagues that he was besieged by his constituents who lament the excruciating hardship that the current border closure has wrought on the people. The legislator, who is said to be a relative of the incumbent President Muhammadu Buhari, explained that the 20-kilometer cordon being implemented by the Nigeria Customs includes both his hometown and that of Buhari which are very close to the border with the Niger Republic. In theory, no goods are supposed to enter and leave Nigeria as long as the international borders remain closed. But that’s the exact opposite of what he witnessed when he visited the border post under cover of darkness after midnight. He saw vehicles loaded with goods enter and leave the country at the Katsina border post after “settling” the customs officers on duty.

The disturbed lawmaker urges the House of Representatives to summon the person-in-charge of Nigeria Customs to provide a full explanation for this unhealthy development. It goes without saying that payment of bribes to move goods across the border ends up increasing the cost of everything for his constituents, in particular and elsewhere in contiguous territory that depends on this crucial portal of entry into the country. In August 2019, the Buhari administration ordered the closure of only Nigeria’s western border with the Benin Republic, which did not affect Katsina state that borders with the Niger Republic. But the border-closure order was expanded in October 2019 to include the whole of Nigeria. To add salt to injury, the Buhari administration has just extended the border closure to last till January 31, 2020.

Many reasons are being proffered for this rash decision which is wreaking unprecedented hardship on Nigerians, especially in the densely populated Southern part of the country where importation is the only means of stemming the severe shortage of staple foods and routine consumer goods on which the populace depends. According to government sources, the border closure targeted rice importation that floods the country’s domestic market via the neighboring deep seaport of Cotonou in the Benin Republic. The logic is that excluding imported rice would compel Nigerians to invest more in domestic rice production to make up for the shortfalls. Since the sudden closure of the Seme border, which is along the Cotonou-Lagos highway, heavily laden trailer trucks have backed up for miles on the Benin side of the border because of the ongoing exercise. Merchants have lost their goods, especially those with very short shelf lives. 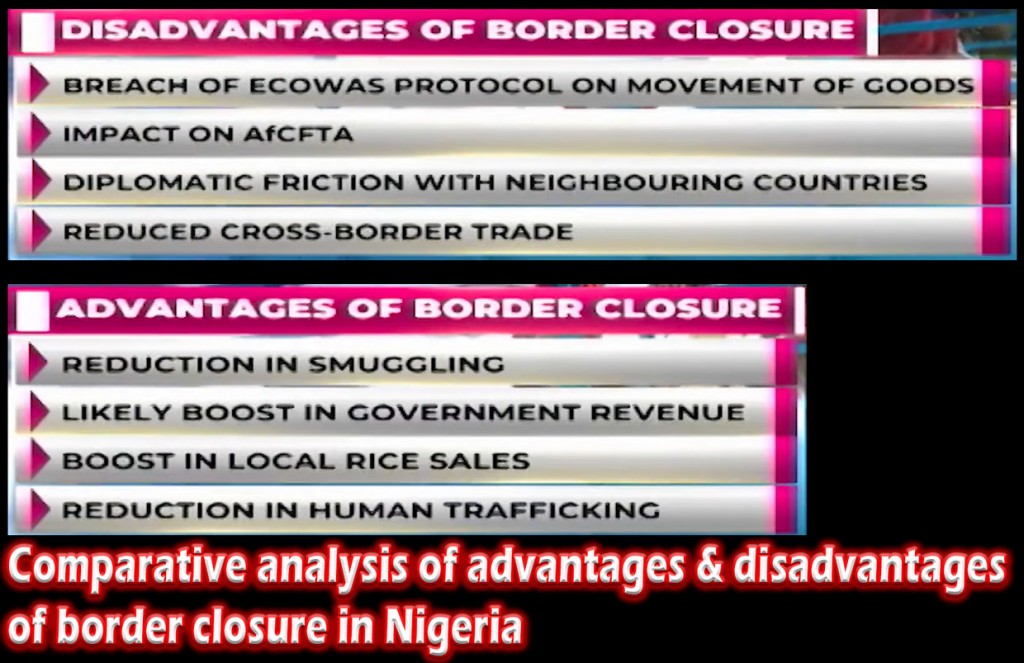 A dispassionate comparative analysis of the advantages and disadvantages of border closures shows a net loss for the overall strategic interest of Nigeria. Border closure is, therefore, a self-defeatist undertaking. So, why should any government engage in this?

The Nigerian government had deployed the weapon of border closure in the past to accomplish spurious goals reducing arms smuggling, human trafficking, promote the consumption of local rice and to raise revenue for Nigeria Customs. What the government never wishes to mention is the fact that border closures always resulted in the scarcity of consumer goods and escalation in cost. Since the Buhari Buhari presidency, Nigeria has overtaken India as the poverty capital of the world. Nigeria now has 94 million citizens surviving on an income of less than US$2 daily. News reports from the sprawling urban centers of Lagos and elsewhere in the South narrate tales of immense hardship of the already impoverished masses who are finding it harder with each passing day.

It is rumored that there is a differential emphasis on the enforcement of border closure between Southern and Northern parts of Nigeria. To back up this allegation, videos have been recorded showing the rebagging of imported rice in bags used for packaging locally grown beans. The customs officers, who are usually “settled” with bribes, allow tons of rebagged imported rice to gain entry into Nigeria at the border crossings without diligent inspection. 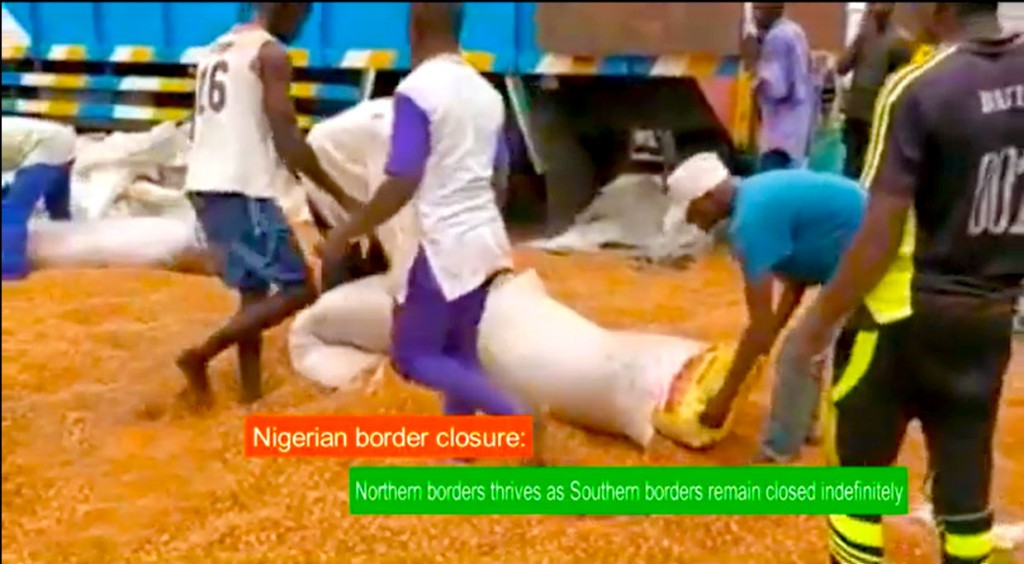 With the tacit connivance of the Nigeria Customs officials, imported rice is often rebagged in sacks labeled to contain locally grown beans. This offers the excuse to adit tons on imported rice without the usual inspection routine. This scheme is deployed mostly in the border posts located in Northern Nigeria.

Perhaps, the most significant outcome of the erratic border closures is that the customs officers hike their bribe demands during each episode. Desperate importers raise the cash to pay bribes to the Customs officers and then try to recoup their expenditure by jacking up the selling prices of imported goods to the end consumers. Border closure, especially the unscheduled ones as we witness today in Nigeria, constitute an ill wind that blows good to no one. Only a handful, who profit from bribes, relish the imposition of the border closure. Everyone else, including the government of the day, end up with the short end of the stick when all is said and done.

Let’s hope that the relevant committees of the National Assembly shall answer the prayer of one of theirs representing northern Katsina state and invite the Director of Nigeria Customs to elucidate further what actually happens during border closures. Hopefully, the ordinary folks being fleeced shall get to hear the rationale for their imposed hardship and also learn the actual beneficiaries of their misery.