Ken Saro-Wiwa, 9 Others Were Melted with Acid After Hanging – Ex-prison Inmate

– Ibrahim Abdulahi, a former prison inmate in Port Harcourt, gives details of how Ken Saro-Wiwa and nine other Ogoni activists were killed by the Abacha government

– Abdullahi says in his narration that he was in prison with Shehu Sani, a former senator, and the late Musa Yar’Adua, a former Army chief

Details of how Ken Saro-Wiwa and nine leaders of the Movement for the Survival of the Ogoni People (MOSOP) were executed in prison have emerged following a narration from Ibrahim Abdulahi, a prison inmate who witnessed their hanging.

Saro-Wiwa and the others were hanged on November 10, 1995, at the Port Harcourt prison after they were found guilty of causing a violent protest in the Niger Delta region of the country during the administration of the late Gen Sani Abacha.

Vanguard reports that Abdullahi, who spent 30 years in prison, said he was there when Saro-Wiwa was brought in to join some of his other colleagues, including a lecturer of the University of Port Harcourt who was in tears and saying his wife just had a baby.

According to Abdullahi, who said he was arrested in Akwa Ibom over the death of a person he fought with. Late Musa Yar’Adua, a former Army chief and deputy to Olusegun Obasanjo as head of state, was also at the Port Harcourt prison when Saro-Wiwa was brought in and killed with the nine others.

“In 1995, they brought Yar’Adua, Shehu Sani and Sanusi Mato into the prison. I saw them, we greeted. The following day, they took Shehu Sani to Aba prison and also took Sanusi Mato to Owerri. They left Yar’Adua in Port Harcourt prison in 1995.

“Yar’Adua said that Abacha wants to hang Ken Saro-Wiwa. Do they want to hang him? He was shocked. After that, Yar’Adua went back to his cell and sat down,” he said.

Abdullahi said Saro-Wiwa was chained in his legs and hands and he and four others including the lecturer and a former education commissioner, were first marched to the condemned cell close to the gallows where five others had been kept.

He narrated that the soldiers, led by one Major Obi, chased all the warders from the premises and barricaded the entire place.

“After that, they serviced the gallows, checked everything because the gallows can hang two persons at once. But one of the gallows was spoilt and the other was working.

“After that, the attorney general of the state came with five men, he met them in the cell and read the law to them. He said that the federal government has ordered that all of them should be hanged. After giving them the information, the lecturer started crying and shouting so Ken Saro-Wiwa turned to him and said: ‘You, are you not happy that you want to die with me?” 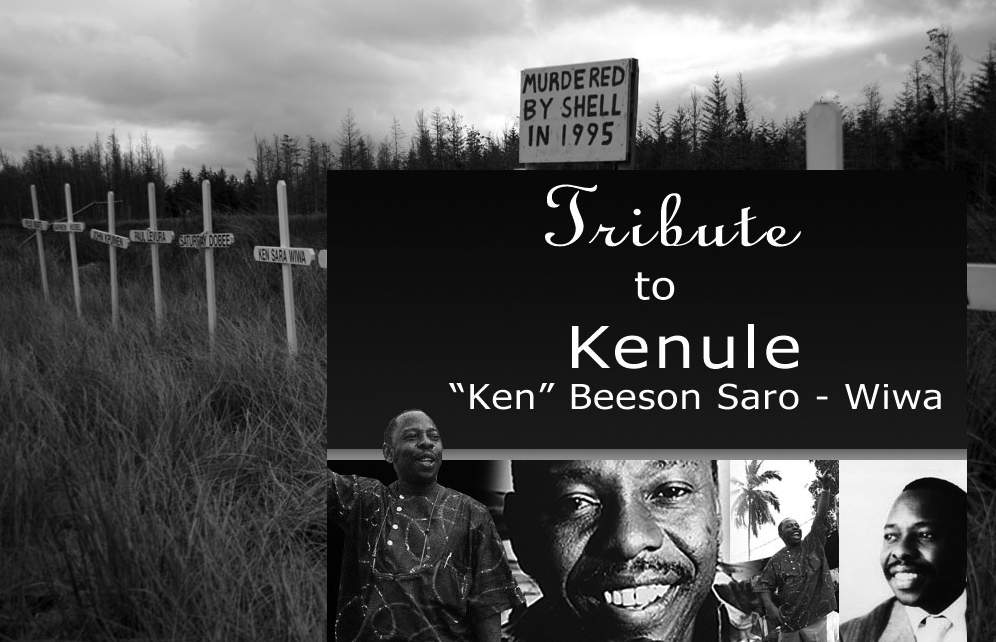 He noted that Saro-Wiwa constantly maintained that he did not send anyone to kill but that the federal government wanted to end the life of an innocent man.

“Little while, they came and called Ken Saro-Wiwa, he stood up and moved to the gallows and somebody was behind him who wore him a black cap that covered his face.

“He moved to the person that hangs, he took the robe and hanged him on the neck and operated the gallows and after operating, you will have to fall inside in a manner that your legs won’t touch the ground.

“After they hung him, and were sure that he was dead, they brought him out and kept him in the slab. The doctor came and used a cystoscope and tested him to confirm if he was dead.

“Ken Saro-Wiwa wore slippers before they hanged him. One of his slippers fell inside the hole where he was hung. It was me who carried the left hand and another person came and carried his leg,” he narrated.

Noting that Saro-Wiwa cursed that the Niger Delta would never know peace before he was killed, Abdullahi added that the late activist’s corps was kept inside a coffin till all the others were hanged.

Abdullahi said he and others were ordered by Major Obi to load the corpses in a truck and take them to the Bonokiri cemetery in Rivers. The soldiers then laid them in a shallow pit and poured raw acid on the late activists to melt their bodies.

He said Justice Ibrahim Auta handled the case while late Gani Fawehinmi was one of the counsels to the activists.