Lower Niger Independence Movement (LONIM): An Ideological Construct That Binds All Self-determination Groups in the Lower Niger Together in Pursuit of Common Destiny

Special Release by the LONIM Secretariat

The harmonization process of all the disparate pro-Biafra groups agitating for our peoples’ self-determination, either within the context of today’s Nigeria or outside of it, is already ongoing under the aegis of the Lower Niger Independence Movement (LONIM). This movement is inspired by the fundamental pillars of Biafranist ideology or Biafranism. The Biafranist ideology does not belong to any one ethnic nationality, individual or organizational group. Biafranism derives its roots from the Ahiara Declaration of June 1, 1969. Find the time to review the article titled “Ahiara Declaration: Synopsis of the ideology of Biafranism” published at https://goo.gl/xL3txo.

Evolution of the Lower Niger Independence Movement is contemporaneous with its look alike in the Southwest (Oduduwa) and the Middle Belt. After return to democratic governance of the 4th Republic in 1999, the frontline warriors of NADECO, PRONACO and their affiliates transmogrified into becoming the Movement for New Nigeria (MNN) of which the Lower Niger Congress is a regional constituent representing the strategic interests of indigenous peoples of the Lower Niger. The Lower Niger is pre-colonial term ascribed to the territorial land space of today’s geopolitical Southeast and Southsouth zones.

At the historic MNN Conference in Lagos on June 30, 2011, it was resolved that Nigerians’ future shall be better served by devolving the country into four autonomous federating regions namely: Yoruba, Lower Niger, Middle Belt & Arewa territories. Each territory was mandated to consult with its constituents to derive Charters of Relationship to guide the emergent federation, conduct Regional Referendum to ascertain peoples wish going forward and to reconvene to decide Nigeria’s ultimate fate based on outcomes of the regional referendums. The Yoruba, Lower Niger and Middle Belt representatives at the MNN conference jointly made these resolutions. The 12 states of the Arewa North had already adopted Sharia and therefore, were deemed to have constitutionally totally disengaged from rest of the country by this singular choice.

In a bid to pursue the resolutions made by the MNN in the Lower Niger territory, the Lower Niger Congress (LNC) convened a Solemn Assembly of all indigenous ethnic nationalities of the Southeast and Southsouth geopolitical zones at Hotel Presidential, Port Harcourt on April 27, 2015. The well-publicized and well-attended Solemn Assembly made five crucial resolutions and was reported at https://goo.gl/s74xdL. These five resolutions provide the operational mantra for kick-starting the LONIM.

The Lower Niger Independence Movement is not an organization where registering as member conveys to one a sense of ownership and belonging. It is instead an ideological mindset anchored on the basic underpinnings of Biafranism. It is an article of faith which is designed to be capable of manifesting positively in all aspects of human endeavor to which it is applied. The movement’s primary goal is fulfillment of the self-determination quest of all indigenous ethnic nationalities of the Lower Niger, in particular and the neighboring polities inhabiting our West African sub-region, in general. The movement shall culminate in emergence of a modern nation state that is grounded on natural justice and respect for dignity of the Black African. The new Biafranist Republic shall guarantee ownership of ancestral lands and use of educational institutions to defend and foster African culture, heritage and value system as well as to inculcate technical knowhow for increased productivity and new-wealth creation among the citizenry.

For obvious reasons, the LONIM has a regional agenda which transcend strategic interests of all the 6 major ethnic groupings that made up precolonial Lower Niger Territory. The movement, though driven by the Biafranist ideology, is guided by the overarching quest to foster regional understanding and solidarity at its very foundation level. The Draft Charter of Relationship, which shall ultimately become distilled into the constitution for the emergent Lower Niger Federation, guarantees that all ethnic nationalities, irrespective of territorial or numerical size, must control their ancestral lands and all the natural wealth in them. Contiguity of ethnic lands, age-old close cultural relationships, preference for Christianity and Western education as well as shared ethos for hard work and new-wealth creation compel constituents of the Lower Niger to see themselves as sharing one destiny.

It is easy to see that there are many organized entities active in all nooks and crannies of the Lower Niger. These range from pro-Biafra groups to other entities that address specialized niches in our struggle to extricate our folks from the consequences of enslavement and occupation in the Niger Delta, Midwest and elsewhere within the target territory. But they all share one thing in common – the unwavering quest to reassert the inalienable right of all the indigenous peoples of the Lower Niger to determine our own fate by ourselves within the context of Nigeria or outside of it. This underlying desire to free our peoples from the bondage and enslavement of the past 50 years by our supposed fellow countrymen has lubricated the interactive camaraderie that propels the LONIM.

Although more recognition is often accorded to discordant tunes emanating from intra and inter-group operational disagreements as seen in MASSOB and IPOB, for example, there are very important instances of cross-organization collaboration which are hardly noticed or given deserved acknowledgement. Here are only few instances:

Relevance of Self-Determination Activist Groups in the Lower Niger

The beauty of democracy as veritable tool for governance is that it provides a constitutional framework that guarantees the self-determination rights of all constituents, irrespective of their numerical or territorial size. The LONIM acknowledges the fact that pro-Biafra groups are in majority within the Lower Niger territorial space, but we also understand the important role being played by other entities which have their operational focus elsewhere. The Movement for the Survival of Ogoni People (MOSOP), Ijaw National Congress (INC), the Midwestern Movement, Alaigbo Development Foundation (ADF), Aladinma, many militant groups operating in the Niger Delta and the plethora of organizations engaged in self-determination struggle of our peoples are crucial in grassroots mobilization which is a sine qua non for nation building. The LONIM doctrine and operational mantra encompass the shared aspirations of all Lower Niger peoples. All interested groups shall have seat at the table when critical issues pertaining to the Lower Niger peoples are deliberated upon for adoption and implementation.

The inaugural retreat of the Lower Niger Independence Movement (LONIM) was convened in Washington, DC, USA during the weekend of September 1-3, 2017 as reported at https://goo.gl/t21Goi. As can be gleaned from the reportage, this historic gathering was used to formally ratified adoption of the Lower Niger Solemn Assembly resolutions of April 27, 2015 as the operational template for unfurling the LONIM agenda, starting with the self-determination Referendum to ascertain the true wish of the ethnic nationalities of the target territory. The Referendum Committee and Referendum Fund were created at conclusion of the Washington, DC LONIM Retreat.

The yet unfulfilled goal of the LONIM is to emphasize complete depersonalization of our peoples’ self-determination struggle in all connotations. There is no “supreme leader” of the LONIM, for example. We, individually and collectively, acknowledge and respect individuals’ special contributions to the struggle through what they’ve brought to the table. No individual, group or organizational entity is being prepped and prepositioned to dominate and overshadow the rest of us involved in our peoples’ self-determination struggle. The underpinnings of the adopted Charter of Relationship for indigenous constituents of the Lower Niger, whose ratification is imminent, shall be the Holy Grail for the LNM. 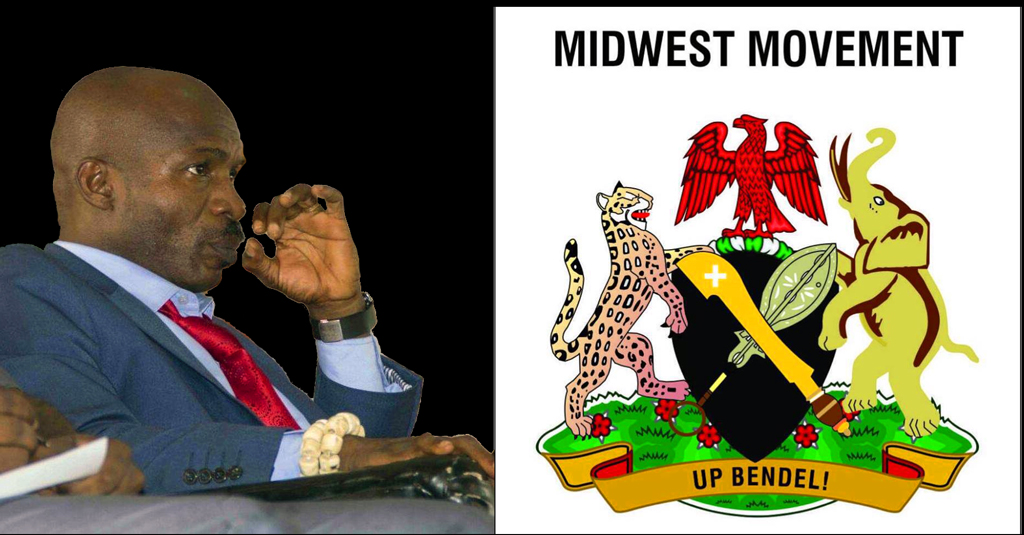 Dr. Don Pedro Obaseki is a multimedia consultant and playwright with activist political ambition. He hails from Benin City and is well-connected to ruling house of the ancient kingdom. He is convener of the Midwest Movement.

In the Lower Niger Independence Movement, all individuals and groups are provided with the ideological template of Biafranism and are, thereafter, challenged to utilize their preferred ways and means in accomplishing our folks’ self-determination agenda at end of the day. Positive outcomes from ongoing collaboration by disparate pro-Biafra and allied self-determination groups augur well for the future.

It is instructive to learn that “there are so many people who want to engage/participate in this self-determination mega project” but are presently unsure how to proceed and which entity to join. We urge these brethren to become part of the Lower Niger Independence Movement (LONIM) TODAY, starting from wherever they find themselves at this very moment. We know that it is still possible to work together toward fulfilling the Biafranist dream for our folks without first enlisting to become member of pro-Biafra and other self-determination groups that are in existence now. People should feel free to organize new entities if they are not comfortable with joining the existing ones. Even registered political parties can be adapted and re-orientated toward attaining the key goals of the LONIM. Ask the leadership echelon of the group to which you belong to contact the LONIM Secretariat at tonynnadi66@gmail.com for additional information.

We, therefore, see a role for you in taking the LONIM to an even higher level in shortest time possible.