Throughout human history, societies have faced existential threats of unprecedented proportions and unfortunately, conflicts have continued to dominate the clashes of ideological and theological extremism in the dynamics of human civilization and no nation is immune from such toxic vulnerability. Mr. President, sir, let me state at this juncture that I am neither a soldier nor a scholar of military strategy but rather, a passionate student of military history and a fanatical enthusiast of counterinsurgency studies.

The reason is not farfetched, I came from Zuru, an Emirate in Kebbi state which has an enduring culture of military tradition where every family has a history of soldiering. It is an Emirate of courage, bravery and integrity which has produced military generals more than every other Emirate in this country. It is little surprise, therefore, that Lt. Col. Sakaba who led and fell alongside other comrades-in-arm at Metete, Borno State recently was only an addition to the legion of those from the Emirate who gave their lives in the defense of the sovereignty of this country.

Against this background, I speak on this issue with an enthusiastic degree of authority. It goes without saying that, the tumultuous history of the 20th Century of both the First and Second World Wars had produced brilliant war commanders whose battle gallantry had redefined the artistry and the mosaic of conventional military strategy forever. Those who stood out for me personally were; General Omar Nelson Bradley who led the allied landing at  Normandy during the Nazis occupation of France, General Douglas MacArthur ( the American god of war and the hero of the Pacific campaign and who history bestowed exceptional honor of receiving the Japanese surrender during the 2nd World War and became its military administrator), General Erwin Rommel (the “desert fox” revered by both fellow comrades as well as foe), General Georgy Zhukov of the Soviet Red Army (credited with capturing Hitler’s bunker in Berlin during the 2nd World War) but, of course without prejudice, the general dearest to my heart was General George S. Patton (the hero of the Battle of the Bulge: the Ardennes counteroffensive and the battle for Sicily). According to scholars of military history, these generals were among the best war commanders in the history of modern warfare. 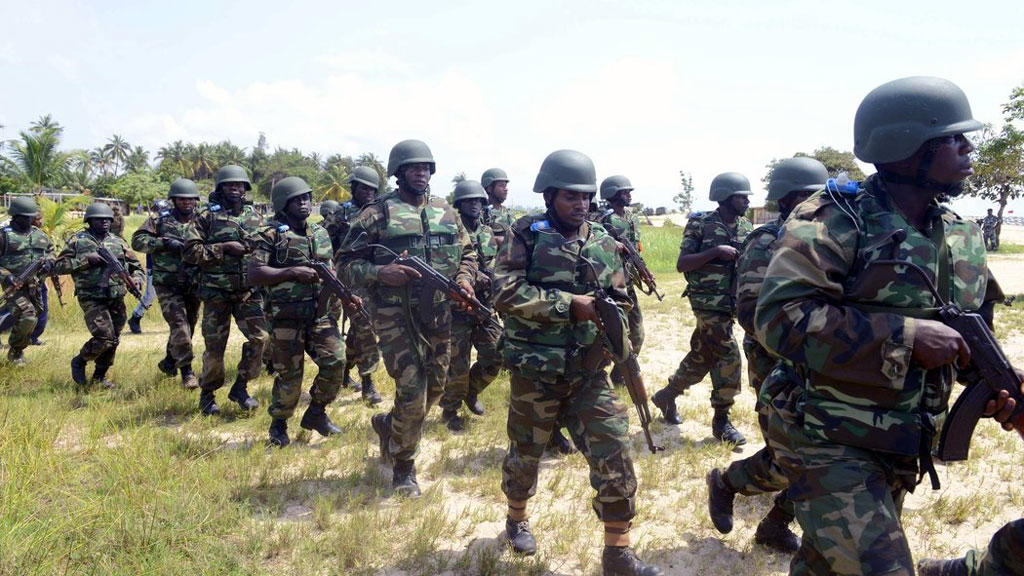 Troops engage in a routine military exercise in readiness for deployment. Nigerian troops are used for peacekeeping duties overseas and for performing policing duties within the country. Nigeria’s borders are unprotected and are thus porous.

In terms of attributes of leadership in modern warfare, what distinguished these generals from the rest were the following; they were all battle-hardened, they were meticulous and clinical master technicians in battle planning, they all led a highly motorized and highly spirited decisive fighting army, they were all garrulous, rambunctious, daring and exceptionally brutal. In Nigeria, we also had a few textbook references of such revered battle-tested generals and to mention the very few within my knowledge capture would be; General Victor Malu, General Luka Yusuf, General Joshua N. Dogonyaro, General Musa Bamayi and General Maxwell Kobe – all except one of blessed memory and many more. According to the legendary Col. Steele, a veteran of the counterinsurgency campaign in Vietnam, Nicaragua, El Salvador and Iraq, regarded by generals like David Petreas as the maestro of counterinsurgency strategy. There are four cardinal components of every successful counterinsurgency campaign:

This formidable thesis on counterinsurgency has been recycled by generals of later-day conflicts with remarkable outcomes. The most important to mention here was General David Petreas, regarded the architect of the success of American counterinsurgency campaign in Iraq and Afghanistan where he served as the Supreme Allied Commander. In the same vein, the same thesis was at the core of General Norman Schwarzkopf’s lecture on battle leadership at the West Point Military Academy before his death in 2012. Mr. President, this is the issue, kid-gloves sporadic military intervention and abandonment has never worked in either counterinsurgency or counter banditry like the one in Zamfara State. The truth is, you can’t carry out surgical strikes at banditry cells, subdue the enemy and simply move on without a dedicated plan for a sustained campaign to secure the peace.

As a battle-hardened general who had crushed Maitatsine cult in Kano during the 1980s and repelled a trans-boundary incursion into the sovereign geography of the Nigerian state, you will agree with my viewpoint that the ongoing carnage in Zamfara and neighboring states requires thorough re-interrogation of the current strategy by the generals in-charge beyond seminar papers. Regrettably, despite my patriotic hesitation, the truth is, the dynamics on the ground in Zamfara state only re-enforces the fact that we have not gotten the counter-banditry campaign right yet. The bandits are dogged, elusive, daring and highly mobile with remarkable competitive firepower. 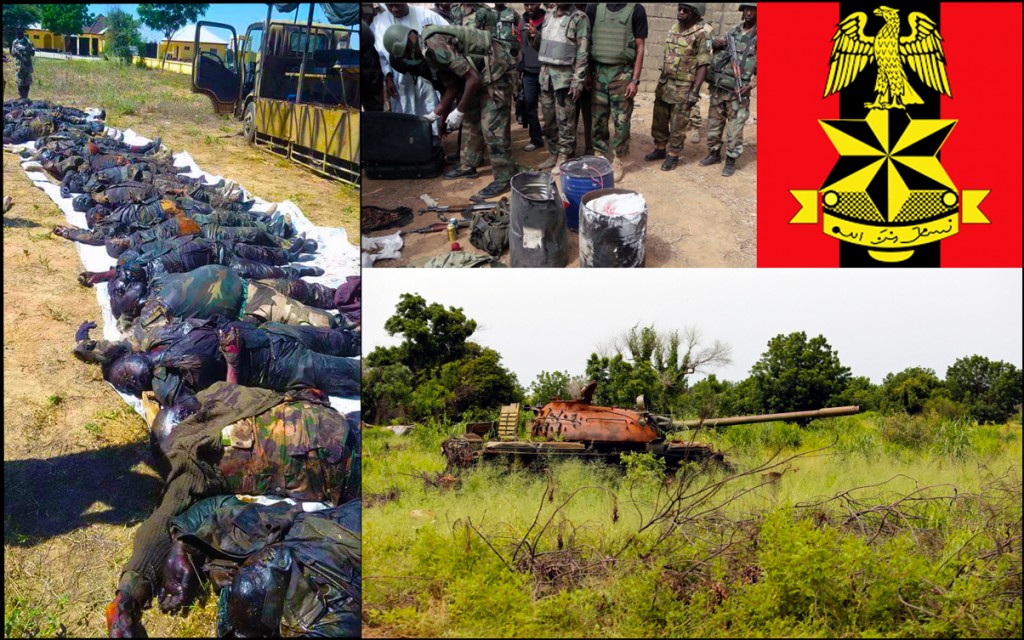 The asymmetrical military engagements between the Islamist insurgents, bandits and terrorists that abound in Arewa North cause devastating casualties on the Nigerian Army. The Boko Haram recently routed a military base in Northeast zone, killed scores of soldiers and captured large quantities of weaponry.

Therefore, beyond the stubborn reassurance by the generals coordinating the ongoing campaign, what is required is a long drawn-out integrated military campaign against the banditry built around a massive military surge of nothing less than 25,000 boots on the ground together with massive air component to provide superior air power throughout the operation. Unlike its predecessor counter strategy, the proposed decisive multiple-purpose and robustly encompassing counter-banditry strategy must regard the entire state as the theatre of its mandate of counter-banditry operation. It must comb the entire state, from boundary to boundary of the state, conducting searches, disarming and neutralizing any potential threat from village to village, and from town to town. During the operation, the air force must operate within the epicenter of the counter banditry campaign in order to avoid any potential ambush.

Additionally, it is mandatory that while the decisive intervention is underway, that the joint multinational military taskforce involving armies of neighboring countries must mount an iron cordon along the international border areas with the mandate to neutralize any fleeing bandits. It is my unconstrained viewpoint, sir, that this Government has done very well in confronting the challenges of banditry in the most difficult circumstances but, it can be better. Renewed urgency, fresh energy and purposeful battle leadership have become imperative in the ongoing campaign. Finally, there is no better conclusion of this conversation than the admonition by General Douglas MacArthur that, “there is no alternative to victory in warfare”.