It is hard not to believe the dire warning by Dr. Chidi Odinkalu that the so-called NGO Regulations Bill being pushed through the Nigerian National Assembly is the “most dangerous legislation since outset of the 4th Republic”. But, wait a minute. Did Dr. Odinkalu forget the much-hated National Grazing Reserve Bill (popularly called the Grazing Bill) when he made the preceding assertion? To so many constituents of Nigeria outside the Arewa North, the Grazing Bill was perceived to be a monstrous scheme to use the cattle-herding industry to disperse the Fulani nomadic culture throughout all the nooks and crannies of the country. 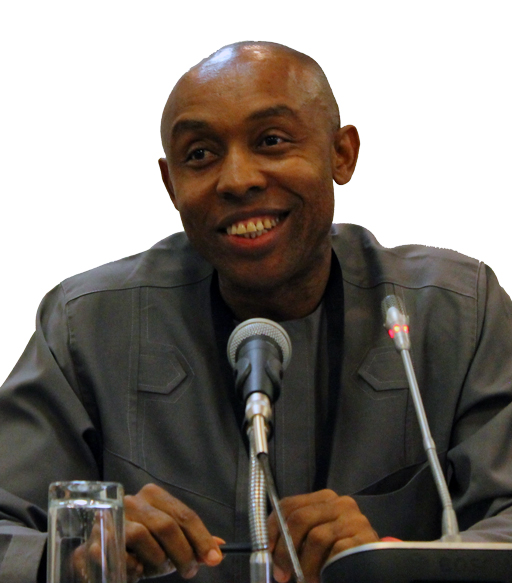 With spread of cattle herding, the proselytization of Islamic religion shall be immensely facilitated. What boggles the mind, however, is the huge tracks of arable land nationwide which shall be permanently sequestered for eventual deployment in fostering the cattle-herding industry currently dominated by the Fulani ethnic nationality if the Grazing Bill had been rushed through the National Assembly. As bad as the Grazing Bill is, Dr. Odinkalu is seriously warning all and sundry that the upcoming NGO Regulation Bill, making its way through the National Assembly today, is even much worse.

Dr. Chidi Odinkalu has more than a casual interest in the NGO Regulation Bill tabled in the National Assembly for debate and eventual approval and admittance into the body of laws that govern Nigeria. As a lawyer, scholar and former Chairman of National Human Rights Commission, Dr. Odinkalu has been well exposed to workings of nongovernmental organizations (NGOs), both locally within Nigeria and elsewhere worldwide. NGOs are very vital instruments for providing societal services and needs outside the ambit of government. The government is very important, but it cannot do everything for everyone at all times. It is to fill the gaps left by the government in taking care of all the essential societal needs of society that NGOs exist in the first place. NGOs doing business in Nigeria are multitude in number and come in all kinds of shapes and forms. At present, Nigerian government registers all NGOs at the Corporate Affairs Commission (CAC) if the applicants meet the requirements for such. The fact, therefore, is that the NGOs are currently regulated; they are simply not running wild all over the place and doing their own thing. What then compels the writing of the brand-new draft bill about NGOs in the National Assembly?

The draft bill in question can be accessed at https://goo.gl/DbVKMe.

From Dr. Odinkalu’s presentation, the NGO Regulation Bill is crafted to function as a tighter leash on operational freedom enjoyed by NGOs doing business in Nigeria. Getting an NGO started in Nigeria, at present time, is no cakewalk by any means. It is a cause for worry, therefore, for anyone to talk about markedly advancing and further complicating the bureaucratic red tapes that must be overcome before ordinary things can be done by ordinary Nigerians. From practical experience, this writer is aware that whoever wish to start up and NGO must have to travel all the way to the Corporate Affairs Commission office in Abuja to file an application. This new NGO Regulation Bill draft, as explained in this video, shall require renewal of registration for all NGOs in the country every two years. Furthermore, having a proof of absolute compliance shall become a basic requirement for renewal of registration. And who shall be making the calls regarding compliance? The bureaucrat behind the table in an air-conditioned office in faraway Abuja, of course.

What About the Nationwide Clamor for Restructuring?

The NGO Regulation Bill is the type of lawmaking that does not demand urgency since nothing terrible shall happen if the draft bill is not debated, approved and enacted in the immediate future. In other words, this bill can afford to wait while other more important matters are handled first. For a combination of factors, the calls for restructuring the geopolitics of Nigeria are reaching deafening pitch, especially from the constituent ethnic nationalities that make up the South and the Middle Belt. Agitations for self-determination among the Yoruba and ethnic nationalities of the Lower Niger have put even the whole 2019 general elections cycle in great uncertainty. What the overwhelming majority of the Nigerian polity are more concerned about today is the discourse regarding the country’s fate and not the fine-tuning of administrative laws for operating aspects of the national bureaucracy.

Matters like registration and regulation of corporations, whether the for-profit or nonprofit nongovernmental variety, are better handled locally and not centralized at Abuja as the NGO Regulation Bill is designed to continue to do. After Restructuring, such matters are destined to be devolved away from Abuja to peripheral jurisdictions and local authorities around the country. If Restructuring of the country’s geopolitics is anticipated in the very near future, it no sense, whatsoever, to spend any more time and effort haggling over the NGO Regulation Bill at the National Assembly to where such matters shall no longer belong when legislative and administrative controls are devolved to the constituent parts.

Are There Ulterior Motives?

Legislative bills like the National Grazing Reserve Bill and this NGO Regulation Bill convey the feeling of an all-powerful center (Abuja) doing everything humanly possible to wrest freedom of choice and control from individuals and communities nationwide at the local level and make them even more dependent on the faraway nation’s capital. The most important topic in lips of Nigerians, as we speak, is whether to Restructure or to simply dismember Nigeria. This existential dilemma is, by far, more consequential than whatever the National Assembly is preoccupied in doing with peculiar legislative priorities of Abuja legislators. The big question before Nigeria today can only be answered at the level of “We the People….” at the constituents’ level and not by Abuja legislators at the center in Abuja.

Pushing of the Grazing and NGO Regulation Bills, for example, can be interpreted as deliberate ploys to divert attention of the National Assembly politicians away from the real burning issues of the moment, which is Restructuring or drastic devolution to allow for the emergence of constituent units as sovereign entities. The so-called bills being peddled at the National Assembly are, therefore, mere political gambits being indulged in by those who prefer to play the proverbial ostrich by burying their heads in the sand while Nigeria gradually drifts toward edge of the precipice. Among some Abuja legislators, priority agenda include assuring permanence in administrative dominance by the Arewa North and Islamization of the entire country, and not necessarily whether Nigeria shall continue to survive as we know it today or not. These are the same interest groups who believe that the unity of Nigeria is a settled matter and should, therefore, no longer be an object of further discussions or negotiations.

Dr. Chidi Odinkalu deserves our congratulations and thanks for resolving, within himself, to beam the searchlight on the ongoing shenanigans at the National Assembly at the very moment that hundreds of unarmed pro-Biafra youths are being extrajudicially killed by the Nigerian Army in Umuahia and Aba because of their belief in actualizing the self-determination quest of their peoples cohabiting the Lower Niger. It is our duty now to assure that all Nigerians determined to see a major change in the status quo connect all their households, friends and associated to view this very informative short video so that they can also learn what some supposed elected political leaders have decided to be doing instead while the Nigerian nation is literally on fire and the future in serious doubt.