I am Saddened & Miffed by What I Witnessed First-hand Today in Kaduna – Says Bashir I. Bashir

In a twinkle of an eye, hundreds of ‘Muslims’ – young unemployed, highly drugged, fierce-looking and wielding assorted crudely fashioned weapons – were swarming all over the streets looking for innocent Christians to slay, decapitate and murder.

This is the ‘Muslim’ part of Kaduna.

On the other side of Kaduna River, several innocent Muslims passing through the city of Kaduna were mercilessly hacked to death by angry bloodthirsty ‘Christian youths’.

As my driver weaved his way through side streets and shanty alleys to avoid these hoodlums who may attack us at the slightest opportunity, not minding my being a fellow ‘Muslim’, I was fortunate to pick up Mr. Martins, a Christian, who happens to be a pharmacist operating his pharmacy a street away from my house.

Looking like a fish out of water, suddenly Martins is on ‘enemy’ territory, with a 50-50 chance of either being killed or maimed. Arriving home safely may be an exercise in futility.

Fortunately, with the help of a police friend, we took Martins home in one piece. However, coming out of where is now our ‘enemy’ territory’, the Christian part of Kaduna, we witnessed a replica of the same scenario. Killer youths armed to the teeth looking for Muslims to slay. 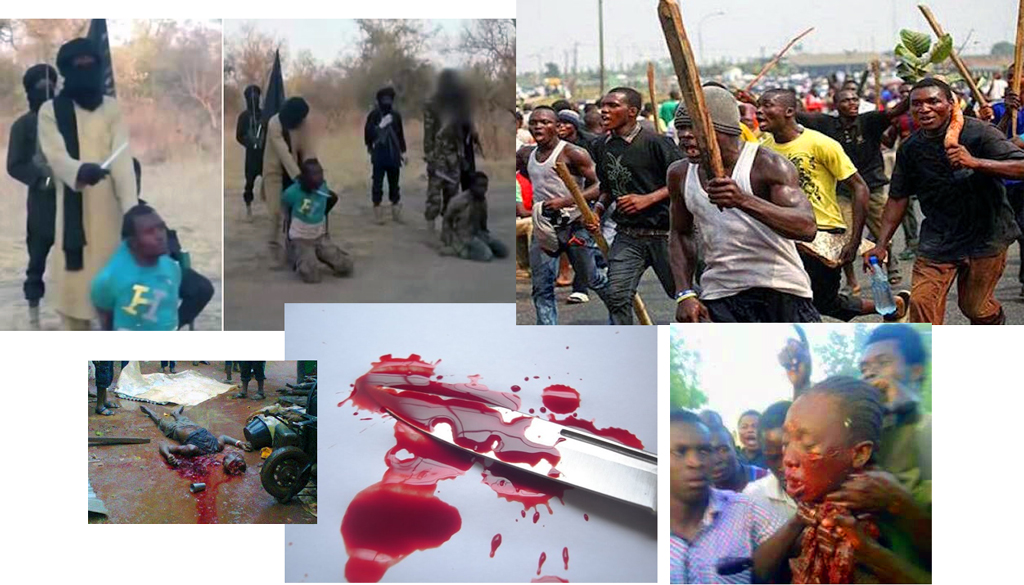 Extrajudicial killings have become commonplace in Nigeria. In the Islamic North, such killings are perpetrated by young unemployed hoodlums inspired by religious fervor & the zeal for plunder.

Back home, my three-year-old daughter, Hanifa, is grueling me with questions asking me why she can’t go to school on Monday. I told her there is a curfew and she asked me what does a curfew means? I said it’s a kind of holiday, she asked why should there be a holiday suddenly? I told her it’s from the governor. And she asked why should the governor give holiday on Monday? I reluctantly said there is a fight in town, and she looked me in the eyes and said, “Baba why should people fight? Don’t they know it’s wrong? Don’t they know I will be going to school tomorrow?” And she started crying!

I hugged her, with tears in my eyes – devoid of all reasonable explanations.

This is the country we found ourselves in. This is our sad reality.  This isn’t the first crisis I witnessed. I have lost count. I have lost friends and acquaintances.

We should consciously elect capable, sincere, competent, reasonable and humane leaders in the coming elections who will address this monstrous country in a just and equitable way and manner.

I am seriously lost for words. We simply don’t deserve this savagery.

We have become beasts – heartless, barbaric and cruel. People who profess religion but are faithless.

God, where did we go wrong? Sad!