Nigerians Are Not Poor; they Are Impoverished by Corrupt Political Elite & Bureaucrats – says Catholic Priest

The Buhari presidency has catapulted Nigeria to becoming the country with the largest number of severely impoverished people in the world. Until the arrival of President Buhari at the helm, this ignoble status belonged to India. The latest data show that while Nigeria has 79 million citizens with an income of less than US$1.9 per day, the number of India’s poor has dropped to 72 million people. Estimated India’s population of 1.4 billion is several times that of Nigeria’s 190 million people.

While India’s government was able to accomplish the feat of pulling the country out from the bottom rung of the global poverty scale through a spirited effort to enhance the domestic economy’s productivity, Nigeria has remained a mono-cultural economy based on crude oil export and little else. The income revenue generated from crude oil export, which is estimated to be as high as US$600 in the past half-century, was grossly mismanaged and the balance squandered by politicians and bureaucrats who operate the country’s rent-based economic system.

Nigeria’s poverty is inevitable for the following reasons:

Rev. Fr. Ehusani’s admonition must not be lost on anyone because the priest speaks the truth which has been reaffirmed repeatedly throughout history. The wrath of the poor, who constitute the overwhelming majority of the Nigerian citizenry, is formidable. Unless something is done soon enough to retire Unitary Nigeria and the 1999 Constitution that props it up, the enraged mobs may get the final say in charting our future path as a people. 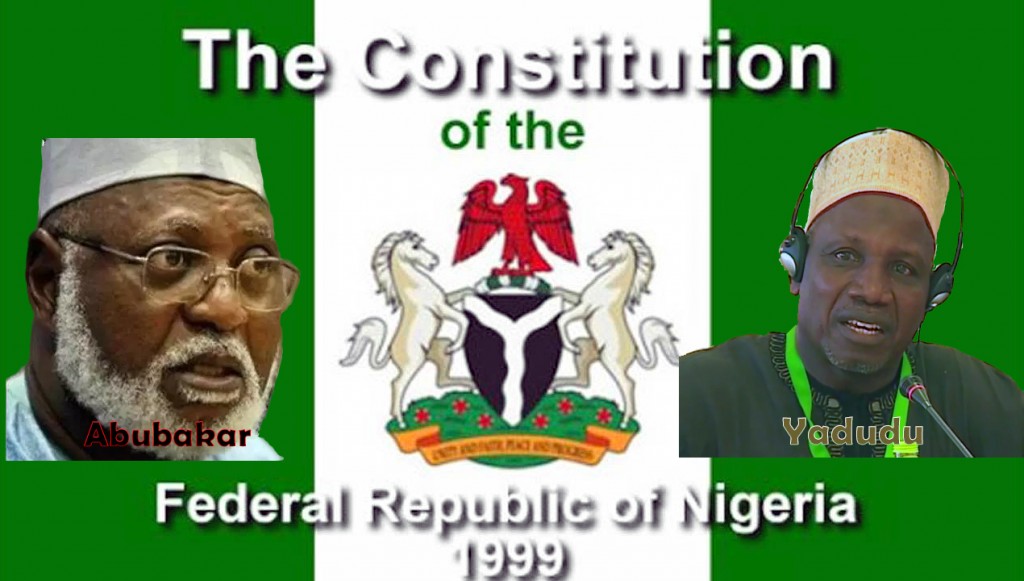 General Abdulsalami Abubakar had commissioned Auwalu Yadudu to write Nigeria’s 1999 Constitution which the former put into force through the issuance of Decree No 24 of 1999.

The good priest has made the accurate diagnosis of the ailment that may have sealed the fate of all Nigerians for the foreseeable future or maybe forever. Gut-wrenching poverty is a time bomb. Education has been shown as the most effective and pragmatic option for pulling society out of mass poverty. Unitary Nigeria, as currently constituted and run, impedes the introduction of skills training and educational systems in various parts of the country to suit local circumstances.

There is no solution to the fast-approaching day of reckoning as is being prophesied by Rev. Fr. Ehusani in this video. The first step that must be taken by whoever are interested in digging Nigerians out of mass impoverishment starts with getting the country’s geopolitics to match the racial and cultural diversity of the country’s constituents. The only way of acknowledging the geopolitics of a country of more than 300 ethnolinguistic groups is by writing a federal constitution to be approved by “We the people...”