This YouTube video recorded during a recent episode of Evident Politics in an Enugu-based television program featured the well-informed and erudite duo of Mr. Tony Nnadi of the Lower Niger Congress (LNC) and Mazi Sam Ohuabunwa of the Alaigbo Development Foundation (ADF). The tv anchor and host, Rex Arum, moderated as his guests delved into the hour-long discourse themed “Nigeria’s Agitations: The Way Forward”. The long video is worth every second of its duration because the audience is made to obtain a sounder grasp of the underlying causes of the conundrum in which Nigerians find themselves, especially since President Muhammadu Buhari’s arrival at the Aso Rock Villa. The symptoms of official corruption, squandermania, nonaccountability, mediocrity, parochialism, economic mismanagement, mass unemployment, widespread insecurity, ethnic cleansing etc are caused by the underlying malady that had its roots from the very moment that the country, Nigeria, was put together by imperial Britain more than 100 years ago.

The ethnic nationalities that comprise today’s Nigerian nation-state were cobbled together for the sole purpose of serving the colonial interests of the government of the UK of Great Britain without factoring the wishes of the true owners of the land into the equation. The impetus for land grab was the driver in the post-Berlin-conference period when the decision was made to merge inhabitants of the vast territories of Southern and Northern Nigeria, who belong to diverse cultures, into a single country. To complicate matters, the colonial masters opted to administer Southern Nigeria directly while placing Northern Nigeria under the indirect rule through the emirates created by the founder of the Sokoto Islamic Caliphate created more than 200 years ago, Sheikh Uthman Dan Fodio.

The British, on anticipating their eventual exit from direct control of their colonial possession, elected to enter into a strategic partnership with the Fulani-controlled feudal Caliphate rulers to create the operational alliance that persists till date. This ungodly alliance reaps the massive windfall emanating from sales of 3 million barrels of crude oil from the Lower Niger. The evil partnership, upon completion of its genocidal war of 1967-70, proceeded to confiscate the ancestral lands of Nigeria’s constituents through the promulgation, and later enactment, of the Land Use Decree/Act.

From the outset, the colonial Nigeria nation was founded on the predicate of a master-servant relationship. All the available documentary evident have made it clear that there has never been a doubt who the master and the servant are. The wrong-headed choice by the British colonialists to handpick the minders of the Fulani-controlled Sokoto Caliphate to step into their shoes in post-Independence Nigeria has been faulted by astute legal minds as an incomplete decolonization as mandated by the Declaration on the Granting of Independence to Colonial Countries and Peoples, also known as the United Nations General Assembly Resolution 1514 of December 14, 1960. 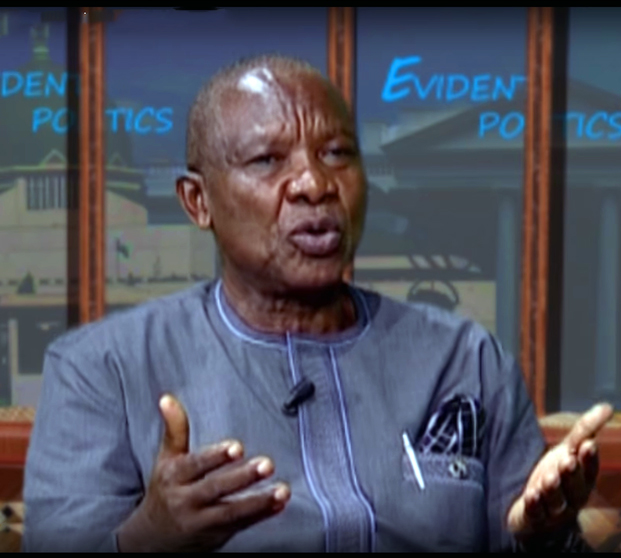 Mazi Sam Ohuabunwa is an officer of the Alaigbo Development Foundation (ADF). He is a Lagos-based pharmacist who plays activist roles on matters of national well being and the unalienable right of Ndiigbo to self-determination.

The frank gut-wrenching discourse has many teaching moments for the average Nigerian who probably has never taken the time to thoughtfully analyze the complex existential roadblocks that litter the country’s path to modern nation-building. This video is particularly utilitarian in its incisive deliberations regarding what the future portends. There is unanimity on the fact that violence must be eschewed in resolving the many conflicts that impede Nigeria’s path to peaceful and orderly development desired by the inhabitants of Africa’s most populous country. Much blood has already been shed and more is still being spilled as many lives are wasted by violent attacks by the so-called Fulani herdsmen militia in states of the Middle Belt and Southern Nigeria.

The lead discussants agree that the focus today should be on deriving the ways and means for restoring the sovereign rights of the indigenous peoples over their own ancestral lands as the starting point in charting the future. The wise saying that one does not chase after fleeing rodents while one’s house if burnt to ashes by the raging inferno must hold true for Nigeria. The trifling chitchat over general elections in 2019 is emblematic of chasing the rat while the house burns, for example. The fraudulent 1999 constitution has been shown to be an imposed legal framework by minders of the status for the sole purpose of sustaining the master-servant political dynamics that has imperiled Nigeria’s future since the outset of the 4th Republic.

Share this video to reach as many of Nigeria’s constituents as humanly possible. Bring about the change we desire by bringing enlightenment to your friends, relatives and communities today. Tomorrow may be too late. Reactions to contents of the video should be posted in the “Comments” section below.