The Indigenous People of Biafra (IPOB) worldwide, under the supreme command of Mazi Nnamdi Kanu, (De Great) is warning all the traditional rulers of Biafra to stay quiet on, or at best stay away from the activities of IPOB as latter are vehemently insisting that there will be no election any more election throughout Biafra as Nigeria government is still buying more time for herself by refusing to announce a date for Biafra Referendum as directed by international community since months ago, even if the traditional rulers are still too terrified to stand at where their subjects are standing.

IPOB is very much aware that traditional rulers in Biafra are all afraid of Nigeria government victimization through the random invitation, arrest, detention and molestation of people by Gen. Buhari administration’s mad attack dogs called DSS operatives.

In aftermath of the Civil War, all autonomous communities in Alaigbo and other parts of Eastern Nigeria created traditional chieftains a. k. a. “monarchs” which never existed as authentic institutions of the indigenous society. Such ruling order was rejected by Ndiigbo throughout the colonial era.

This reasoned warning becomes very imperative to be spelt out before the traditional rulers so as to avoid a repeat of the ugly verbal attacks which took place recently against Mazi Nnamdi Kanu, IPOB leadership and entire Biafrans over our decision to boycott Anambra election which emanated from HRH Obi Dr. Alfred Nnaemeka Achebe (Obi of Onitsha) and HRH Eze Dr. Calistus Ilomuanya Onyeso (Eze of Nri ancient Kingdom) in their bid to justify the huge amount of money given to them respectively by Gov. Willie Obiano of Anambra state to campaign against IPOB’s no election directive.

It is important for Obi of Onitsha and Eze Nri to know that any verbal attack or insult against Mazi Nnamdi Kanu is a verbal attack against every Biafran in the world, including the traditional rulers themselves, if they do not know because Nnamdi Kanu is now the front banner of Biafra nation and people who are also their subjects.

Any campaign against “No Referendum, No Election” campaign of IPOB worldwide is a campaign against the destiny of over 70 million Biafrans in the world and our posterity yet unborn and that would be tantamount to political and social genocide on Biafra race at the altar of political interest of Willie Obiano and Obi of Onitsha.

IPOB still accords full respect to our traditional rulers no matter how small such king is considered in any community in Biafra because the throne which they are sitting upon was established by our revered ancestors who established the thrones and the gods of our land who approved the establishment of the thrones by giving our ancestors the ‘Ọfọ’ through ancient chief priests.

If  you are a relative or by any means close to any traditional ruler in Biafra, tell them that the fact that many of them have desecrated the thrones which they inherited from our ancestors does not make IPOB or Nnamdi Kanu to lose respect for the thrones. IPOB may dislike the sabotaging attitudes of many cynical “kings” in Biafra but the rank and file membership still revere the thrones which they occupy.

For the greedy political leaders, IPOB reserves no apology for anybody, government and organization in opposing its agenda because they are products of alien feudalistic system of government imposed on Biafra by Britain during the colonial days of conquest of Biafra from 1898 – 1914. This alien system which currently produces all political leaders in today is under stewardship of trusteeship in the hand of Sokoto Caliphate for Britain today. 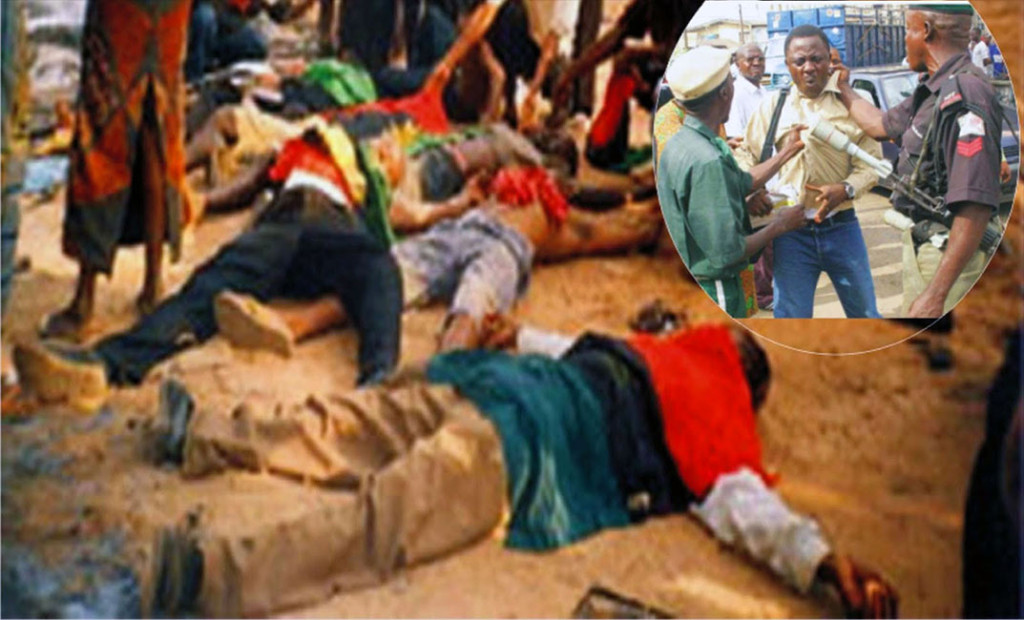 As our traditional rulers failed woefully to condemn and put a stop to most massacre of Biafra youths from August 2015 in Onitsha to January 2017 in Port Harcourt, IPOB hereby warns them to stay quiet till eternity over IPOB activities because we have resolved to take our destiny in our hands. Biafran youths are ready to take it iron for iron, teeth for teeth, bone for bone and might for might against anybody who tries to stand against the voracious determination of Biafran youths.

Let this be first and last time that IPOB will warn Obi of Onitsha, Eze Nri or any other monarch in Biafra to stay away from our activities or have themselves to blame because we are begging nobody to support us.